The Avro Type 694 Lincoln is a British four-engined heavy bomber, which first flew on 9 June 1944. 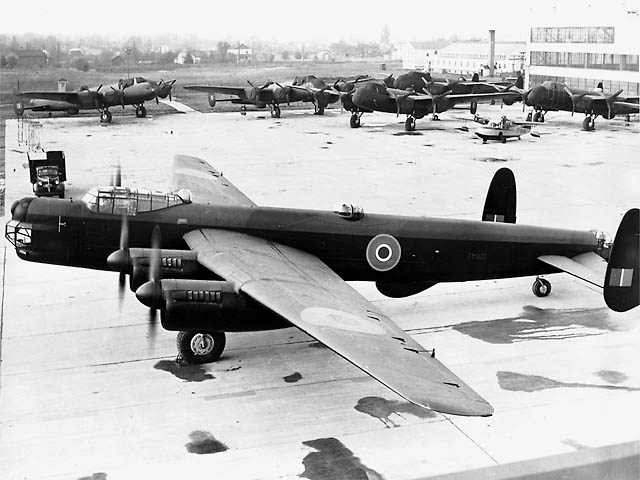 About the Avro Lincoln

The Avro Type 694 Lincoln is a British four-engined heavy bomber, which first flew on 9 June 1944. Developed from the Avro Lancaster, the first Lincoln variants were initially known as the Lancaster IV and V; these were renamed Lincoln I and II. It was the last piston-engined bomber operated by the Royal Air Force (RAF).

The Lincoln attained operational status in August 1945. It had been initially assigned to units of the Tiger Force, a Commonwealth heavy bomber force which had been intended to play a role in the Japan campaign in the closing stages of the Second World War, but the war ended before the Lincoln could participate. Production of the type proceeded and the type was adopted in quantity, complementing and progressively replacing the Lancaster in RAF service during the late 1940s.

The Lincoln was deployed on operations during the 1950s. RAF squadrons equipped with the type fought against guerrilla fighters during the Mau Mau Uprising in Kenya; the RAF and the Royal Australian Air Force (RAAF) also operated the Lincoln during the Malayan Emergency. The type also saw significant peacetime service with the RAF, RAAF and the Argentine Air Force. Lincolns were also operated in civil aviation, including use as aerial test beds for aero-engine research.

In RAF service, the Lincoln was replaced by a new generation of bombers harnessing newly developed jet propulsion. Chief amongst these was the English Electric Canberra, which was also adopted by a wide range of operators across the world, including the RAAF and Argentine Air Force. During the 1950s, the RAF also adopted a total of three advanced jet-powered strategic bombers to carry Britain’s new nuclear deterrent – collectively known as the V Force – the Vickers Valiant, Handley Page Victor and the Avro Vulcan. In 1967, the last Lincoln bombers in Argentinian service were retired.

Similar aircraft to the Avro Lincoln

Rod Machado’s Private Pilot Ground School – 2023 In-depth Review
The 10 Best Binoculars for Airplane Spotting in 2023
Where, When and How to Take the FAA Private Pilot Knowledge Exam in 2023