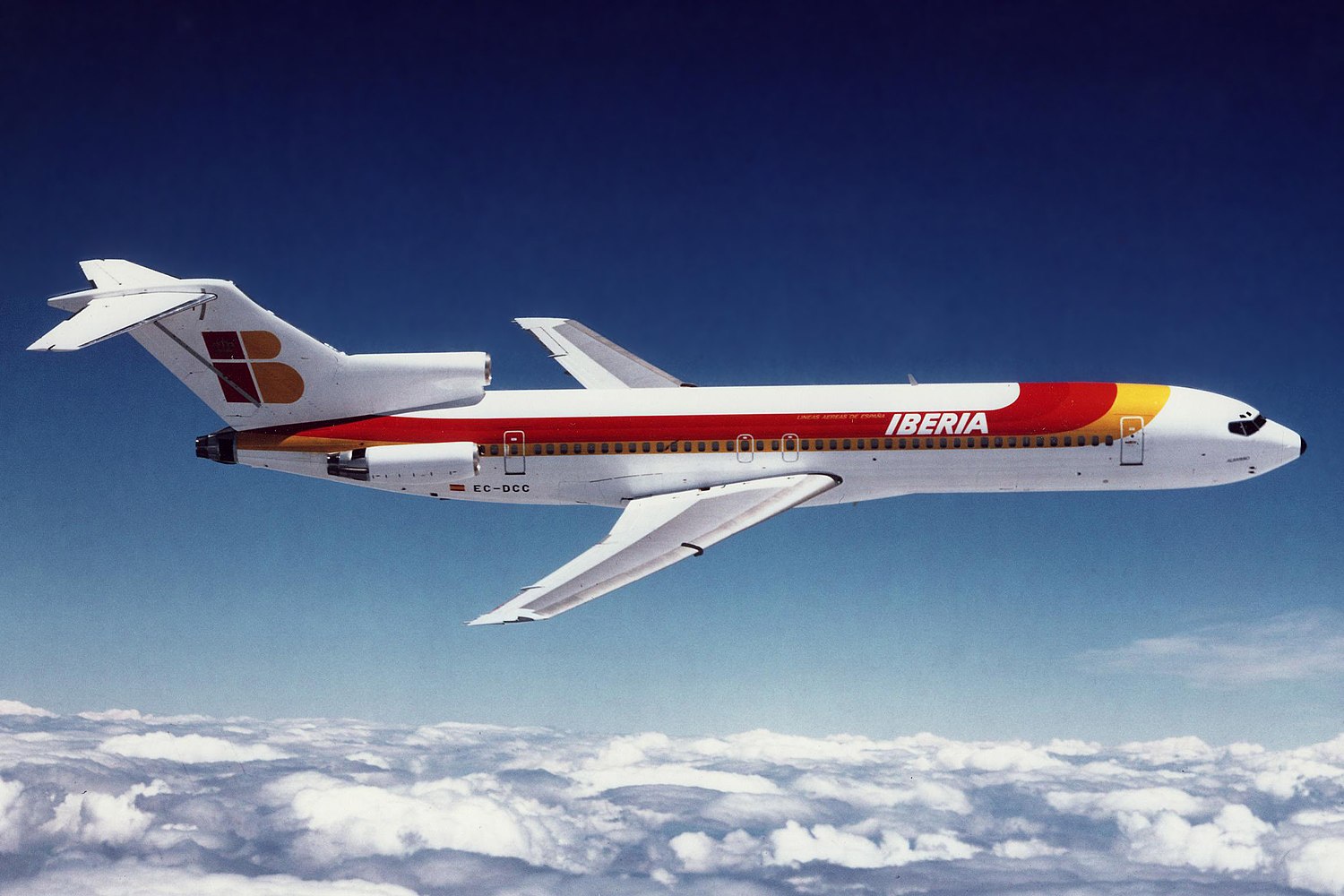 The Boeing 727 is an American narrow-body airliner that was developed and produced by Boeing Commercial Airplanes.
After the heavy 707 quad-jet was introduced in 1958, Boeing addressed the demand for shorter flight lengths from smaller airports.
On December 5, 1960, the 727 was launched with 40 orders each from United Airlines and Eastern Air Lines.
The first 727-100 rolled out November 27, 1962, first flew on February 9, 1963, and entered service with Eastern on February 1, 1964.

The 727 was used for many domestic flights and on some international flights within its range.
Airport noise regulations have led to hush kit installations.
Its last commercial passenger flight was in January 2019.
It was succeeded by the 757-200 and larger variants of the 737.
As of May2020, a total of 13 Boeing 727s (1× 727-100s and 12× -200s) were in commercial service with six airlines, plus one in government and private use.
There have been 118 fatal incidents involving the Boeing 727.
Production ended in September 1984 with 1,832 having been built.

Similar aircraft to the Boeing 727