The Boeing B-52 Stratofortress is an American long-range, subsonic, jet-powered strategic bomber. 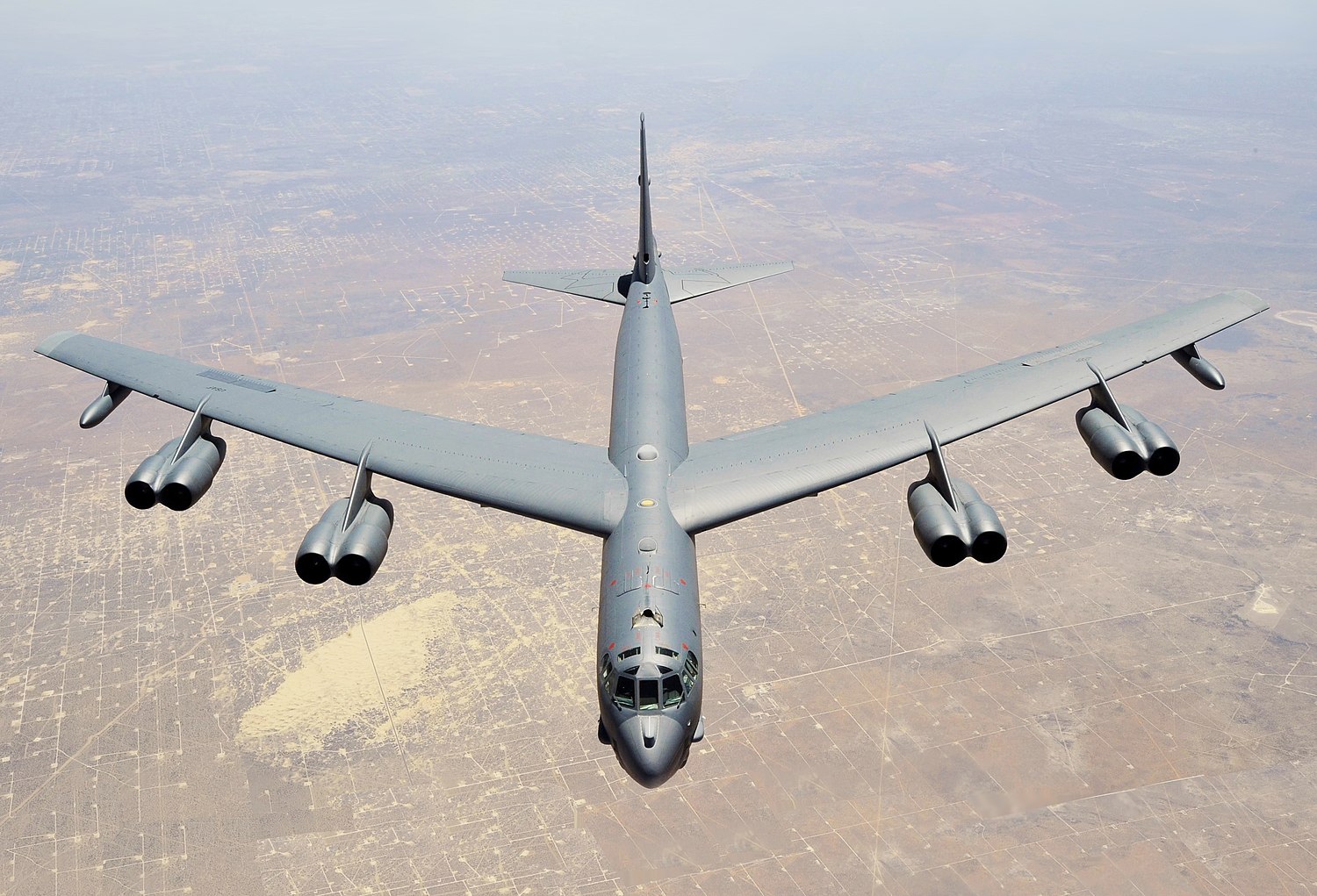 About the Boeing B-52 Stratofortress

The Boeing B-52 Stratofortress is an American long-range, subsonic, jet-powered strategic bomber. The B-52 was designed and built by Boeing, which has continued to provide support and upgrades. It has been operated by the United States Air Force (USAF) since the 1950s. The bomber is capable of carrying up to 70,000 pounds (32,000kg) of weapons, and has a typical combat range of more than 8,800miles (14,080km) without aerial refueling.

Imagine earning your bomber pilot’s wings today and being assigned to fly the same type of airplane your granddaddy flew sixty years ago. One of the largest airplanes ever made, the Boeing B-52 ultra-long-range, subsonic, the strategic bomber, has been described as the long rifle of modern warfare. Introduced almost 70 years ago as the United States’ first line of nuclear defense. It is the only operational airplane powered by eight engines and can fly halfway across the globe to drop its bombs without refueling.

No other military aircraft can match the long-lasting impact of the longest-serving war platform ever conceived. Today, the B-52 is one of the oldest military airplanes in continuous service. However, the United States Airforce is not keeping the old girl around for purely sentimental reasons. B-52’s low operating costs and excellent subsonic performance are why it will continue to strike terror on battlefields around the globe a hundred years after its introduction.

Fun fact: the B-52 Stratofortress is the only military airplane to be flown by three generations of the same family. In 2010, Lt. Daniel Welch of the USAF followed his grandfather, retired USAF Col. Don Sprague, footsteps by becoming a B52 flight officer.

The B-52 is one of the largest aircraft ever made.

Similar aircraft to the Boeing B-52 Stratofortress