The Cirrus Vision SF50 is a single-engine very light jet designed and produced by Cirrus Aircraft. 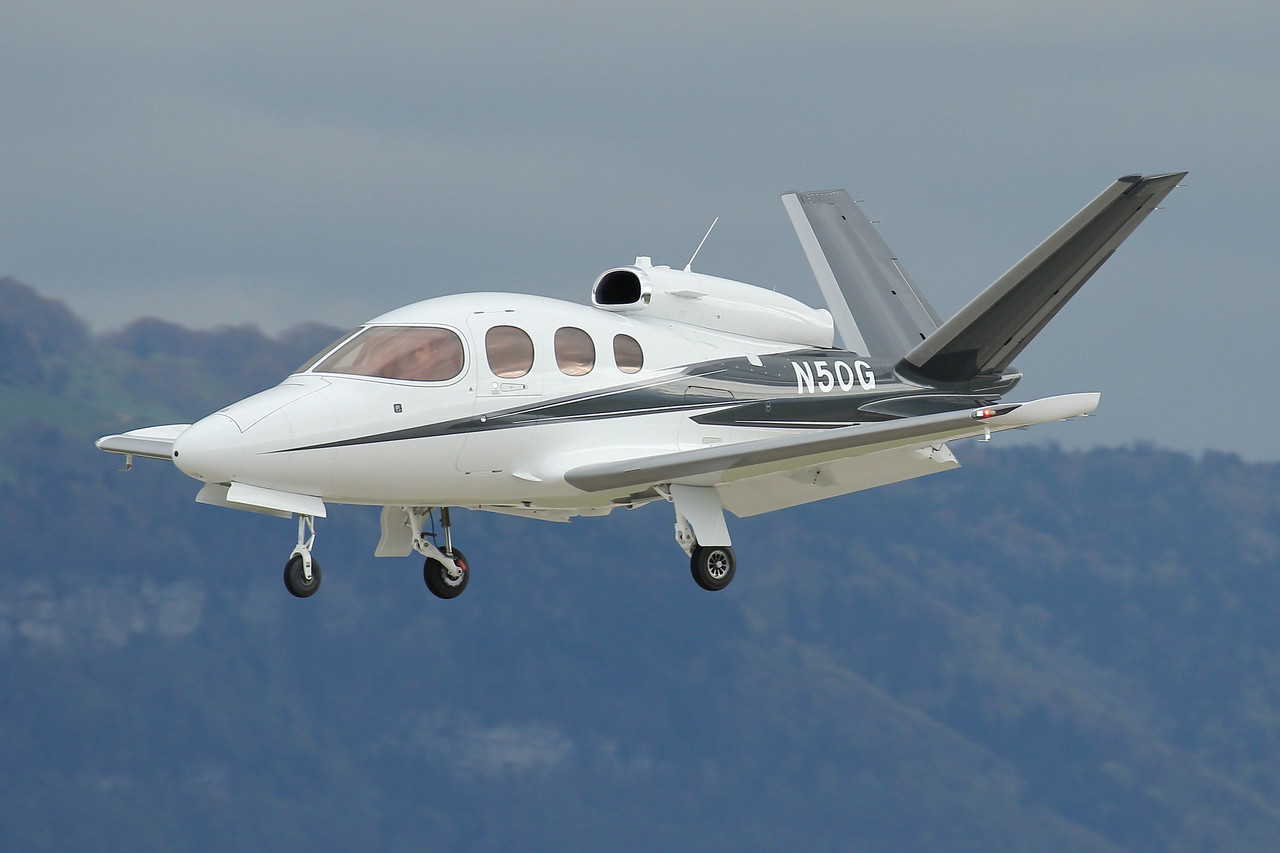 About the Cirrus Vision Jet

The Cirrus Vision SF50 (also known as the Vision Jet and previously called The-Jet by Cirrus) is a single-engine very light jet designed and produced by Cirrus Aircraft of Duluth, Minnesota, United States.

After receiving deposits starting in 2006, Cirrus unveiled an aircraft mock-up on 28 June 2007 and a prototype on 26 June 2008. It made its maiden flight on 3 July 2008. Development slowed in 2009 due to lack of funding. In 2011 Cirrus was bought by CAIGA, a Chinese enterprise that funded the project a year later. The first conforming prototype subsequently flew on 24 March 2014, followed by two other prototypes that same year. The test flying program resulted in the US Federal Aviation Administration awarding a type certificate on 28 October 2016. Deliveries started on 19 December 2016 and by July 2020, 200 jets had been delivered.

Powered by a Williams FJ33 turbofan, the all-carbon fiber, low-wing, seven-seat Vision SF50 is pressurized, cruises at 300 kn (560 km/h) and has a range of over 1,200 nmi (2,200 km). For emergency use it has a whole-aircraft ballistic parachute system.

Reviews have compared its performance to high-performance single turboprop aircraft. In 2018 the Vision Jet was awarded the Collier Trophy for the “greatest achievement in aeronautics or astronautics in America” during the preceding year, being the first certified single-engine civilian jet.