The Curtiss P-36 Hawk, also known as the Curtiss Hawk Model 75, is an American-designed and built fighter aircraft of the 1930s and 40s. 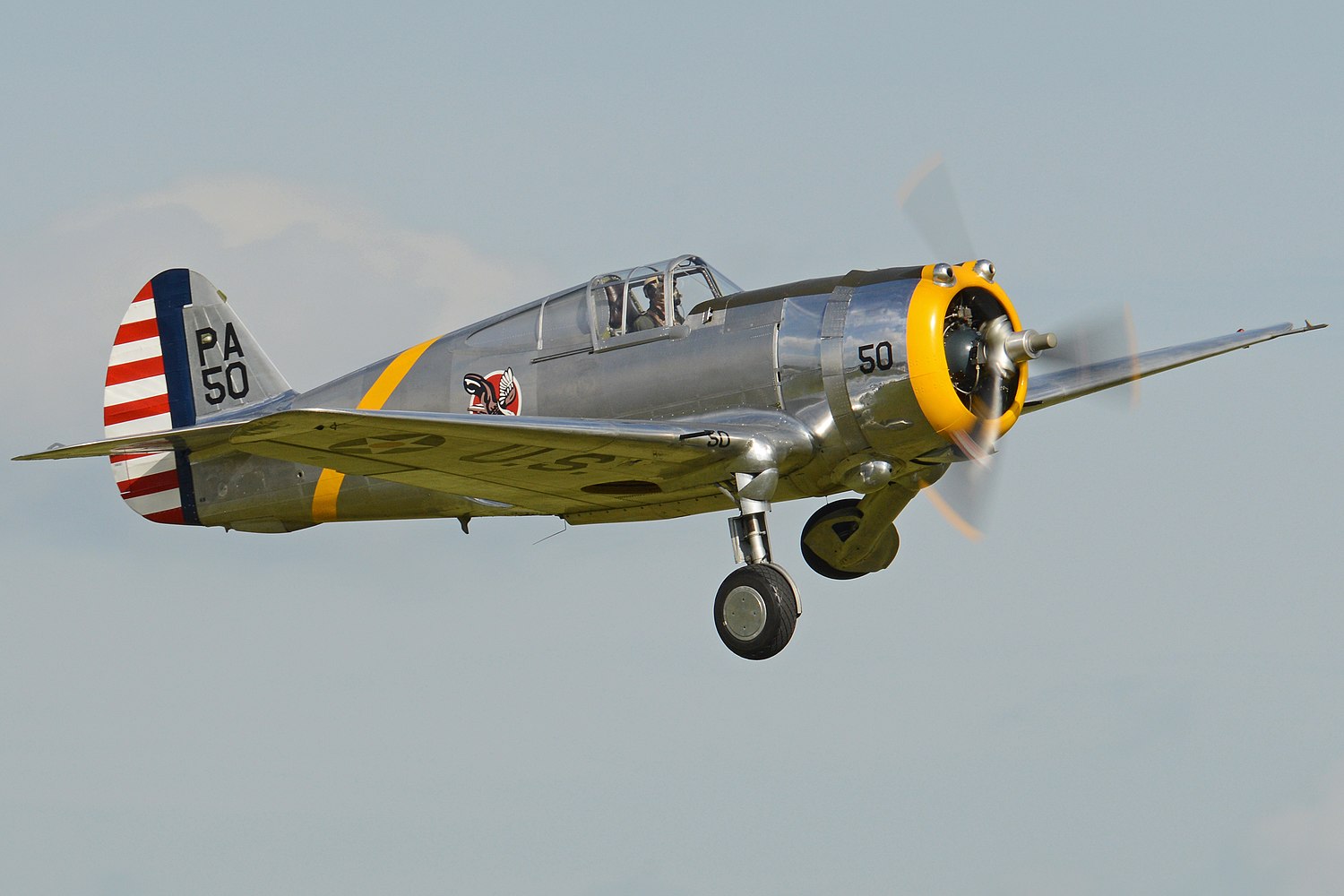 About the Curtiss P-36 Hawk

The Curtiss P-36 Hawk, also known as the Curtiss Hawk Model 75, is an American-designed and built fighter aircraft of the 1930s and 40s. A contemporary of both the Hawker Hurricane and Messerschmitt Bf 109, it was one of the first of a new generation of combat aircraft—a sleek monoplane design with a retractable undercarriage making extensive use of metal in its construction.

Perhaps best known as the predecessor of the Curtiss P-40 Warhawk, the P-36 saw little combat with the United States Army Air Forces during World War II. It was nevertheless the fighter used most extensively and successfully by the French Armee de l’air during the Battle of France. The P-36 was also ordered by the governments of the Netherlands and Norway, but did not arrive in time to see action before both were occupied by Nazi Germany. The type was also manufactured under license in China, for the Republic of China Air Force, as well as in British India, for the Royal Air Force (RAF) and Royal Indian Air Force (RIAF).

Axis and co-belligerent air forces also made significant use of captured P-36s. Following the fall of France and Norway in 1940, several dozen P-36s were seized by Germany and transferred to Finland; these aircraft saw extensive action with the Ilmavoimat (Finnish Air Force) against the Soviet Air Forces. The P-36 was also used by Vichy French air forces in several minor conflicts; in one of these, the Franco-Thai War of 1940–41, P-36s were used by both sides.

From mid-1940, some P-36s en route for France and the Netherlands were diverted to Allied air forces in other parts of the world. The Hawks ordered by the Netherlands were diverted to the Dutch East Indies and later saw action against Japanese forces. French orders were taken up by British Commonwealth air forces, and saw combat with both the South African Air Force (SAAF) against Italian forces in East Africa, and with the RAF over Burma. Within the Commonwealth, the type was usually referred to as the Curtiss Mohawk.

With around 1,000 aircraft built by Curtiss itself, the P-36 was a major commercial success for the company. It also became the basis not only of the P-40, but two other, unsuccessful prototypes: the P-37 and the XP-42.