The Douglas DC-3 is a propeller-driven airliner, which had a lasting effect on the airline industry in the 1930s to 1940s and World War II.
It was developed as a larger, improved 14-bed sleeper version of the Douglas DC-2.
It is a low-wing metal monoplane with conventional landing gear, powered by two radial piston engines of 1,000–1,200hp (750–890kW). 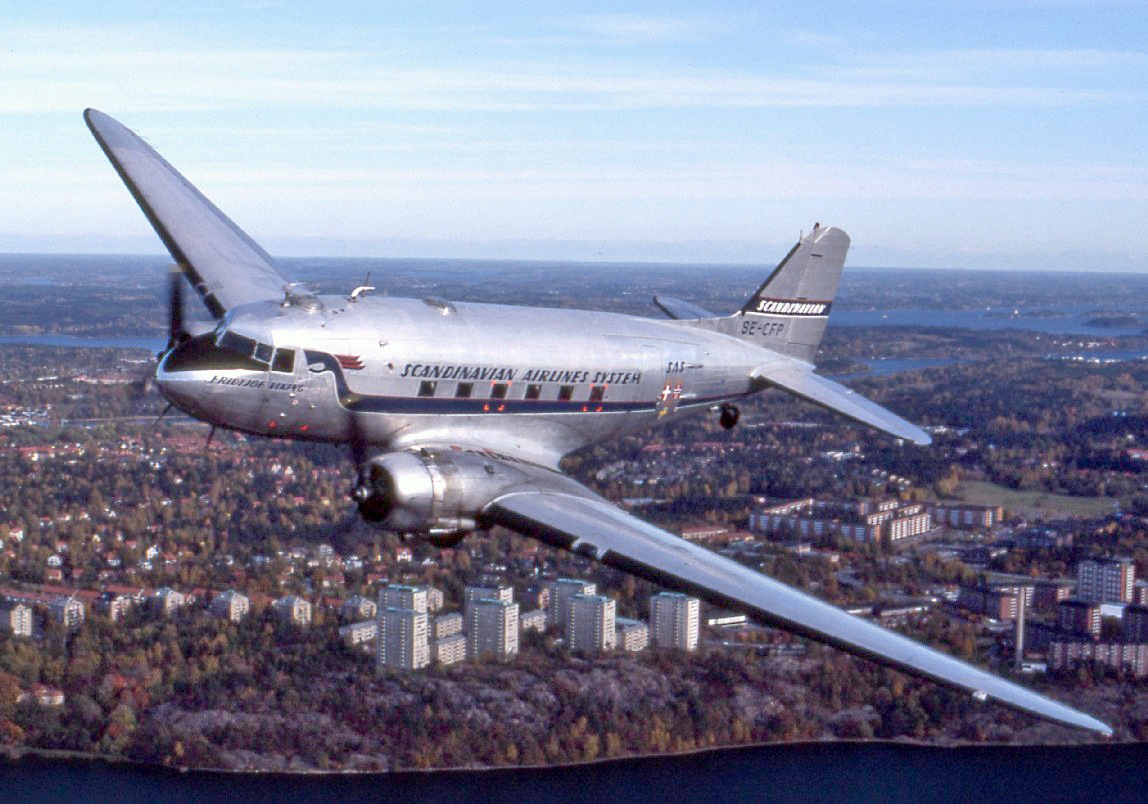 About the Douglas DC-3

The DC-3 had many exceptional qualities compared to previous aircraft. It was fast, had a good range, was more reliable, and carried passengers in greater comfort. Before the war, it pioneered many air travel routes. It was able to cross the continental US from New York to Los Angeles in 18 hours, with only three stops.
It is one of the first airliners that could profitably carry only passengers without relying on mail subsidies.

Following the war, the airliner market was flooded with surplus transport aircraft, and the DC-3 was no longer competitive due to its size and speed.
It was made obsolete on main routes by more advanced types such as the Douglas DC-4 and Lockheed Constellation, but the design proved adaptable and useful on less glamorous routes.

Civilian DC-3 production ended in 1942 at 607 aircraft. Military versions, including the C-47 Skytrain (the Dakota in British RAF service), and Soviet- and Japanese-built versions, brought total production to over 16,000.
Many continued to be used in a variety of niche roles; 2,000 DC-3s and military derivatives were estimated to be still flying in 2013; a 2017 article put the number at that time at more than 300.

Similar aircraft to the Douglas DC-3