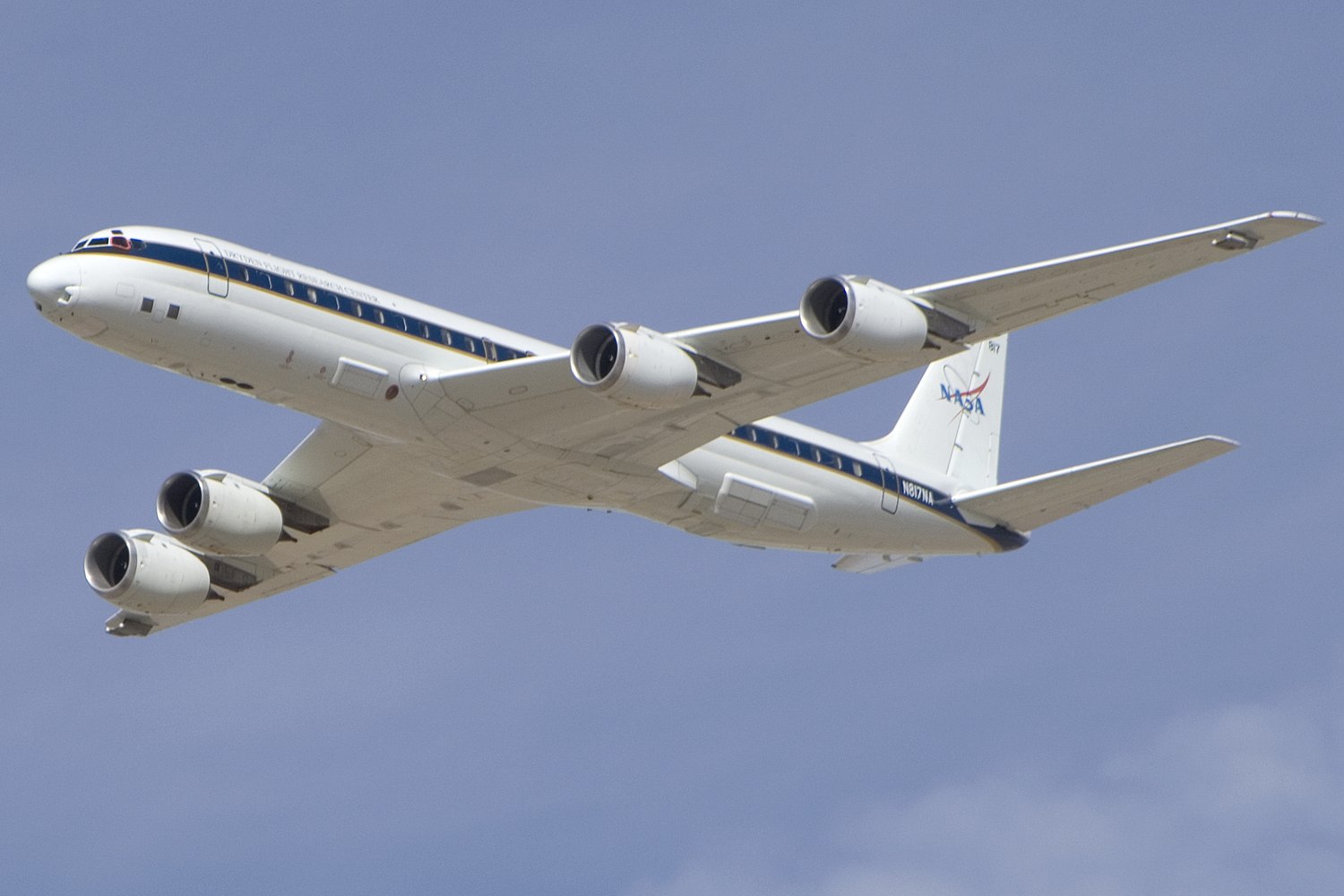 About the Douglas DC-8

The Douglas DC-8 (sometimes McDonnell Douglas DC-8) is a long-range narrow-body airliner built by the American Douglas Aircraft Company.
After losing the May 1954 US Air Force tanker competition to the Boeing KC-135, Douglas announced in July 1955 its derived jetliner project.
In October 1955, Pan Am made the first order along with the competing Boeing 707, and many other airlines followed.
The first DC-8 was rolled out in Long Beach Airport on 9 April 1958 and flew for the first time on 30 May.
FAA certification was achieved in August 1959 and the DC-8 entered service with Delta Air Lines on September 18.

The DC-8 was produced until 1972 with 556 aircraft built. It was superseded by larger wide-body airliners including Douglas’ DC-10.
In 1975, the Series 70 retrofit was proposed with the quieter and more fuel-efficient CFM56 turbofan.
Some re-engined freighters are still in use.

Similar aircraft to the Douglas DC-8