DRACO – The Plane That STOLe the Show at Oshkosh ’18 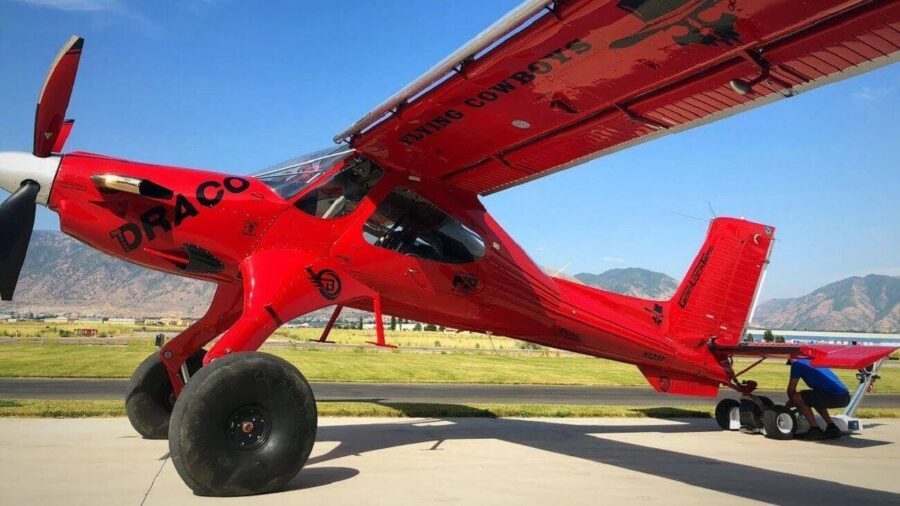 Another edition of EAA’s AirVenture Oshkosh has come to an end. Just over 600,000 people attended one of the best aviation events in the world.

If you’re just like me and couldn’t make it again this year, seeing all those pictures on Instagram, Facebook and about everywhere else we pilots hang out online makes you want to cry. Hard. For the next year or so.

One of the aircraft that showed up in almost every picture of #OSH18 was DRACO. If you haven’t heard about DRACO, you’ve probably been living under a stone for the past few weeks. DRACO is Mike Patey’s turboprop STOL Wilga on steroids. It intrigued me so much I started to look for more information on the plane and its owner. I thought I’d share it here for everyone else wondering who would actually build a beast like this.

My personal highlight of today at Oshkosh was meeting this inspirational family and them showing me around their one-of-a-kind badass airplane! Fantastic work @mike_patey! âœˆï¸ #osh18

Mike Patey put a 680 shaft horsepower PT-6 and 102” four bladed prop on the front of the last Wilga ever built. With an empty weight of 2400 lbs and a typical flying weight of 3000 lbs, Mike can be off the ground in about 120 feet, pitch to 30 degrees and maintain 4,000 feet per minute… while accelerating 50+ mph by 1,000 feet! He designed a completely new airfoil that dropped the stall speed about 20 mph to about 37 mph.

What’s even crazier is he uses about 300 HP of reverse to bring it to a stop in 150 feet but says that number will decrease once he gets more than a week of flying it under his belt. Also, it has oxygen and can go to 28,000 feet at 200 knots TAS at 28 gph at half power for Vne constraints. (Source: @super_cubbin)

This thing truly is a marvel in engineering.

On his YouTube channel, Trent Palmer recently posted this great video in which Mike Patey shows you around DRACO. The video received over 1.1 million views already!

In an interview with PT6 Nation, Mike shared his views on aviation and family:

Mike’s view on the powers of aviation and community involvement are driven by childhood lessons taught by his parents who had 11 eleven children.

“Our parents taught us that if you are blessed with a talent or finances you must give to others or you don’t deserve it in the first place. We were raised dirt poor but our parents gave anything we had in excess to someone who had less than us.” Weekdays will often find the brothers flying their helicopter on search and rescue missions with local authorities along the Rocky Mountain Range, donating their time, their helicopter and personally covering all expenses. They are familiar and enthusiastic faces at charity events all around Utah.

Mike says of his wife and four children: “My family is the most important thing in my life, but aviation is a very, very close second place. I tell my kids that nothing is free, you succeed through your hard work.”

I hope to see DRACO in action at next year’s EAA Oshkosh!