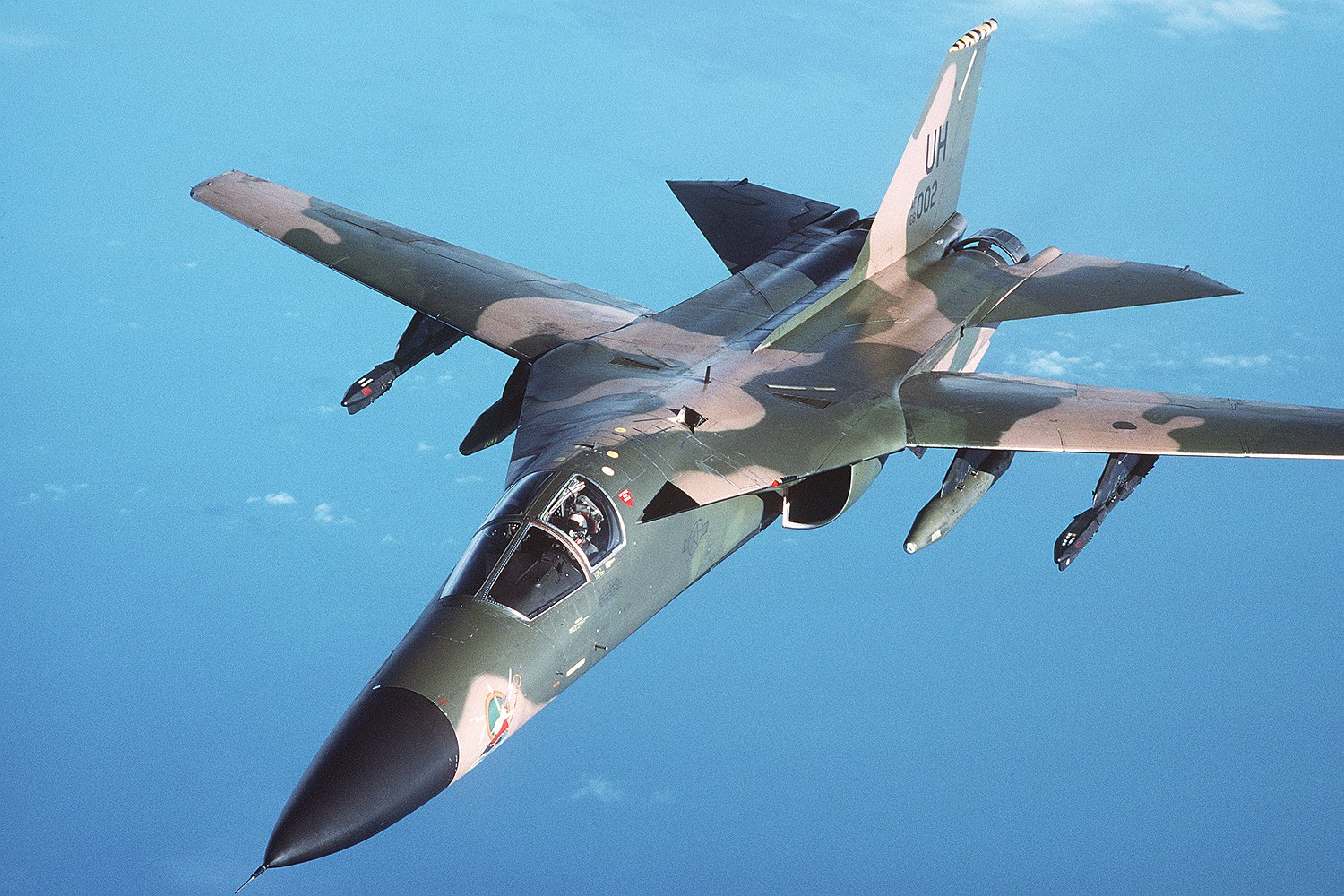 About the General Dynamics F-111 Aardvark

The F-111 pioneered several technologies for production aircraft, including variable-sweep wings, afterburning turbofan engines, and automated terrain-following radar for low-level, high-speed flight. Its design influenced later variable-sweep wing aircraft, and some of its advanced features have since become commonplace. The F-111 suffered a variety of problems during initial development.

A fighter variant, the F-111B, was not accepted for production. The F-111B was intended to perform aircraft carrier-based roles with the US Navy, including long-range interception.

USAF F-111s were retired during the 1990s with the F-111Fs in 1996 and EF-111s in 1998. The F-111 was replaced in USAF service by the F-15E Strike Eagle for medium-range precision strike missions, while the supersonic bomber role has been assumed by the B-1B Lancer. The RAAF continued to operate the type until December 2010, when the last F-111C was retired.

The name Aardvark was derived from perceived similarities of the aircraft to the animal of the same name: a long nose and low-level, terrain-following capabilities. The word aardvark originated in the Afrikaans language, as a contraction of “earth-pig”, and this was the source of the F-111’s nickname of “Pig”, during its Australian service.

Our email content is full of value, void of hype, tailored to your interests whenever possible, never pushy, and always free.
Subscribe now