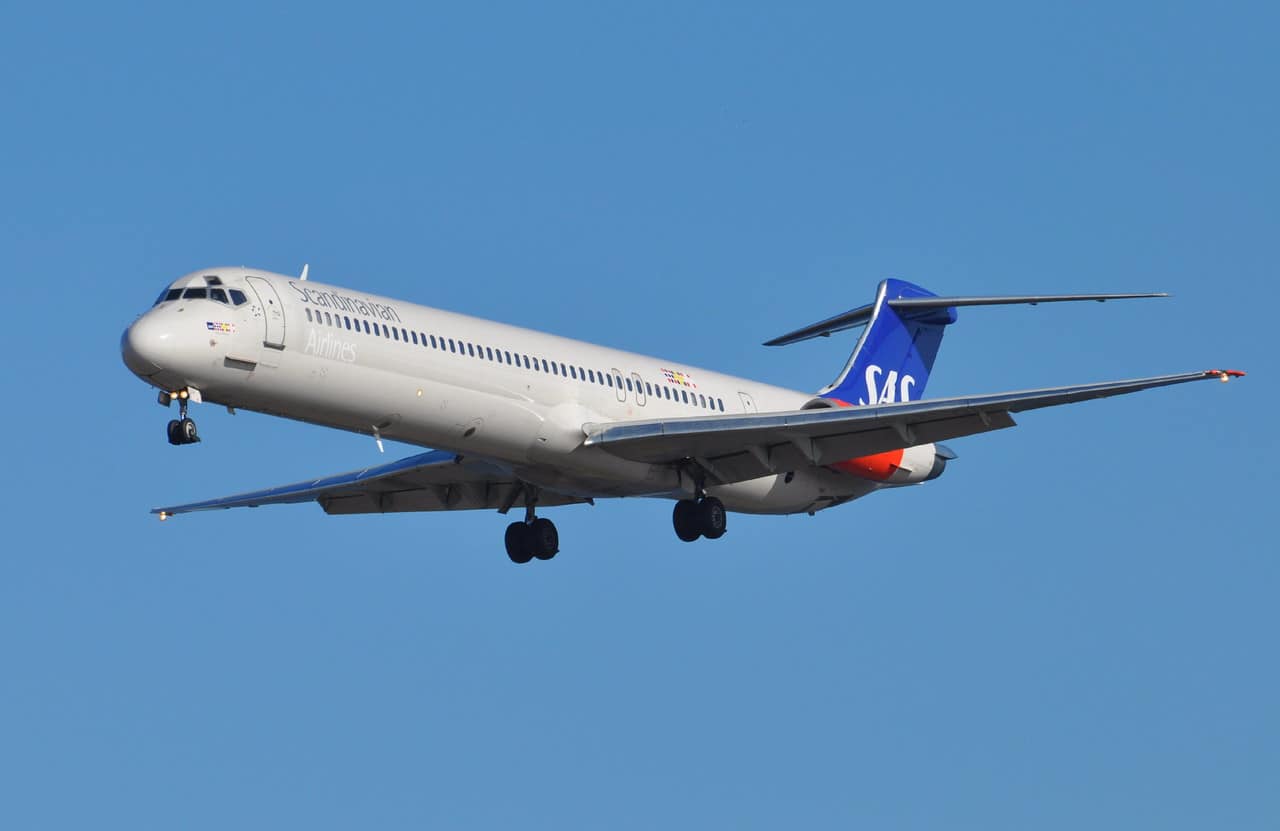 About the McDonnell Douglas MD-81

The McDonnell Douglas MD-80 is a series of single-aisle airliners developed by McDonnell Douglas from the earlier DC-9. Stretched, heavier, and with higher bypass Pratt & Whitney JT8D-200 engines, the DC-9 Series 80 was launched in October 1977. It made its first flight on October 18, 1979 and was certified on August 25, 1980. It was first delivered to launch customer Swissair on September 13, 1980, which introduced it into commercial service on October 10, 1980.

The MD-81 (originally known as the DC-9 Super 81 or DC-9-81) was the first production model of the MD-80, and apart from the MD-87, the differences between the various long-body MD-80 variants are relatively minor. The four long-body models (MD-81, MD-82, MD-83, and MD-88) only differ from each other in having different engine variants, fuel capacities, and weights. The MD-88 and later-build versions of the other models have more up-to-date flight decks featuring for example EFIS.