The Scaled Composites Stratolaunch looks unlike any airplane you have ever seen. 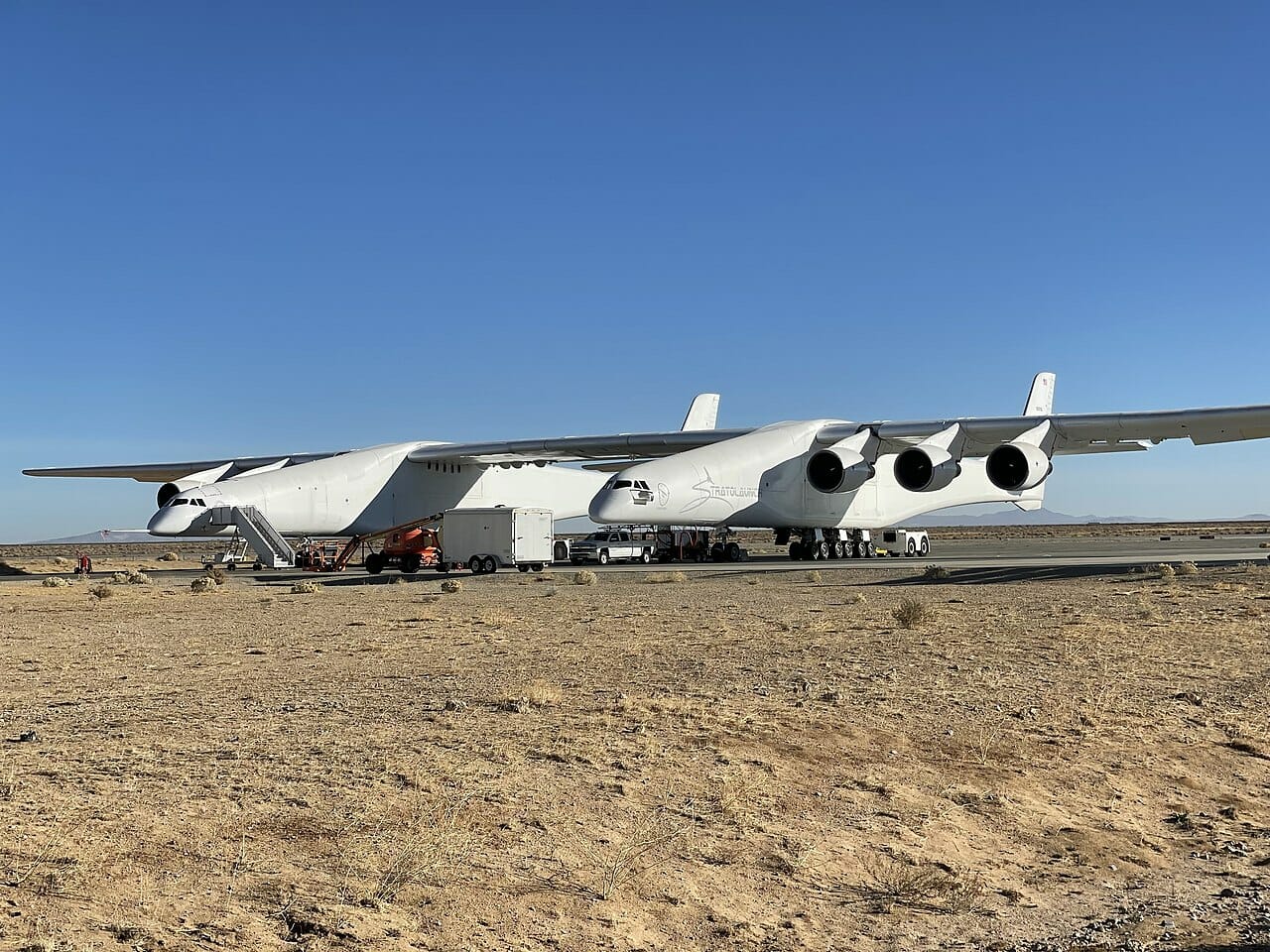 About the Scaled Composites Stratolaunch

Hey! Up in the sky! It’s a bird, it’s a plane, it’s Roc…oh yep, It’s the Stratolaunch! If you think one of the largest airplanes ever made has the most unconventional name, you need to see this beast in person.

Built to serve as an alternative platform for launching satellite-carrying rockets into orbit, the Scaled Composites Stratolaunch looks unlike any airplane you have ever seen – except in a sci-fi movie. Its distinctive twin-fuselage – yes, you read that right – design has the longest wingspan of any airplane ever made. The flight crew operates the aircraft from the right-side fuselage cockpit, while flight data systems are installed in the left-side fuselage.

Each fuselage has an individual tail assembly, including twelve landing gear wheels and two nose wheels acquired from the Boeing 747-400. The Stratolaunch six engines, avionics, flight controls, and landing gear are from the 747-400. The Stratolaunch would deploy its rocket payload at 35,000 ft (11,000 m) during missions. It can also launch a Dream Chaser spacecraft that transports astronauts or payloads within a 24 hr time frame.