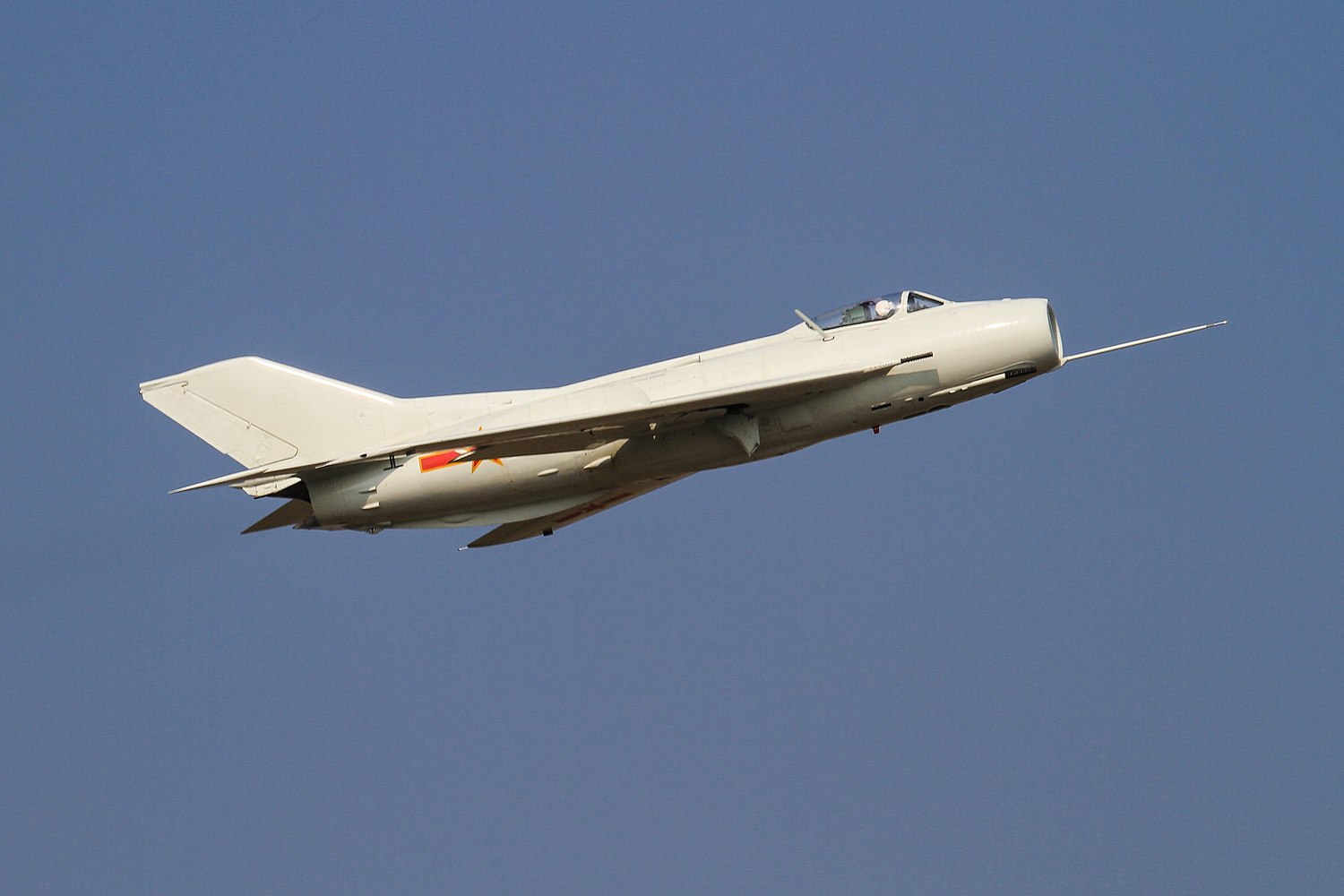 About the Shenyang J-6

Although the MiG-19 had a comparatively short life in Soviet service, the Chinese came to value its agility, turning performance, and powerful cannon armament, and produced it for their own use between 1958 and 1981. While the basic Soviet-built MiG-19 has been retired from all nations, the Shenyang J-6 still flies for nine of its original 15 operators, however, in a very limited capacity. The J-6 airframe contributed to the Chinese ground attack version, the Q-5, which still flies for numerous nations.

The J-6 was considered “disposable” and was intended to be operated for only 100 flight hours (or approximately 100 sorties) before being overhauled. The Pakistan Air Force was often able to extend this to 130 hours with diligent maintenance.

A number of J-6 based at Lianchen and Yantan-li bases appeared to have been converted into unmanned aircraft, possibly to be used to break through the air defence of Taiwan. A similar tactic was used by Azerbaijan during the 2020 Nagorno-Karabakh war, where Antonov An-2s were used to attract Armenian air defence, which would then be targeted by drones, such as the Bayraktar TB2. Work on unmanned J-6 was first reported in 2013.

Read about the Shenyang J-5 as well

Similar aircraft to the Shenyang J-6