The Supermarine Scimitar was a single-seat naval strike aircraft designed and produced by the British aircraft manufacturer Supermarine. 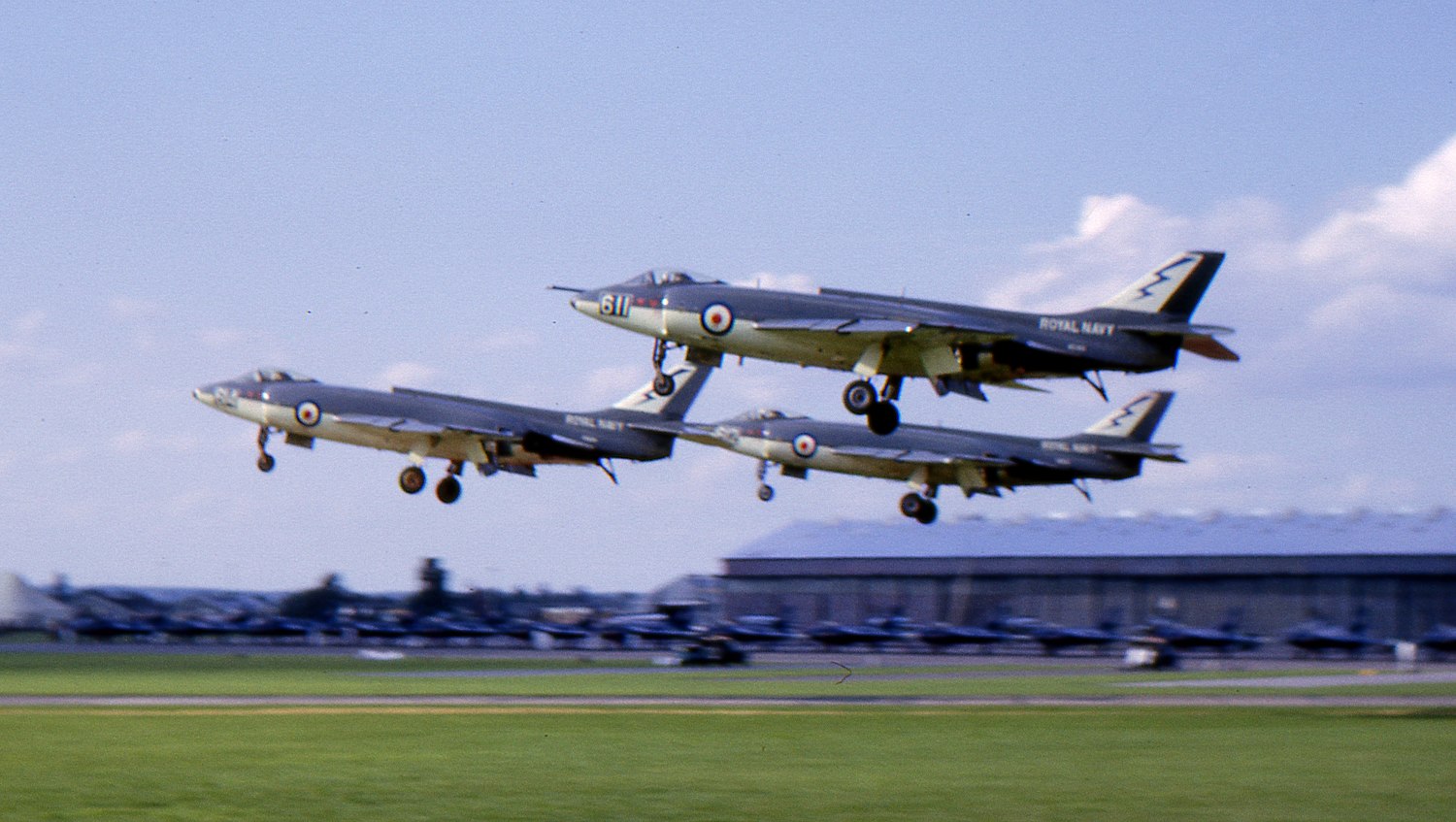 About the Supermarine Scimitar

The Scimitar was developed out of an earlier effort, internally designated Type 505, an undercarriage-less fighter aircraft intended to be flown from rubber decks. Much of the aircraft’s features, including its unorthodox V-tail (or “butterfly tail”) and its thin straight wing, were shared with this ancestor; however, the Admiralty reconsidered their requirements and specified a conventional undercarriage be used. Accordingly, Supermarine produced the closely-related Type 508, equipped with an enlarged wing and retractable undercarriage. On 31 August 1951, the Type 508 performed its maiden flight, it was closely followed by the redesigned Type 529 and Type 544, the latter serving as a direct prototype for the production model, making its first flight in January 1956.

During 1957, the first production aircraft were delivered, enabling the Scimitar to enter service with the Royal Navy during the following year. The aircraft was operated by the Royal Navy as a low level strike aircraft, which included potentially being armed with nuclear weapons, having been superseded as a fighter even prior to its introduction by other aircraft such as the de Havilland Sea Venom and the de Havilland Sea Vixen. It experienced a relatively high attrition rate due to a spate of accidents. Towards its latter years of operation, the type was frequently used as an aerial refuelling tanker. During 1969, the Scimitar was permanently withdrawn, having been replaced in service by newer and more capable aircraft such as the Blackburn Buccaneer.

Similar aircraft to the Supermarine Scimitar