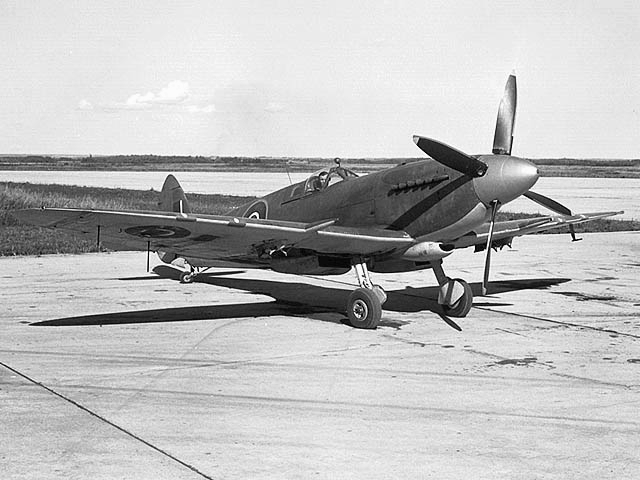 About the Supermarine Seafire

The idea of adopting a navalised carrier-capable version of the Supermarine Spitfire had been mooted by the Admiralty as early as May 1938. Despite a pressing need to replace various types of obsolete aircraft that were still in operation with the Fleet Air Arm (FAA), some opposed the notion, such as Winston Churchill, although these disputes were often a result of an overriding priority being placed on maximising production of land-based Spitfires instead. During 1941 and early 1942, the concept was again pushed for by the Admiralty, culminating in an initial batch of Seafire Mk Ib fighters being provided in late 1941, which were mainly used for pilots to gain experience operating the type at sea. While there were concerns over the low strength of its undercarriage, which had not been strengthened like many naval aircraft would have been, its performance was found to be acceptable.

From 1942 onwards, further Seafire models were quickly ordered, including the first operationally-viable Seafire F Mk III variant. This led to the type rapidly spreading throughout the FAA. In November 1942, the first combat use of the Seafire occurred during Operation Torch, the Allied landings in North Africa. In July 1943, the Seafire was used to provide air cover for the Allied invasion of Sicily; and reprised this role in September 1943 during the subsequent Allied invasion of Italy. During 1944, the type was again used in quantity to provide aerial support to Allied ground forces during the Normandy landings and Operation Dragoon in Southern France. During the latter half of 1944, the Seafire became a part of the aerial component of the British Pacific Fleet, where it quickly proved to be a capable interceptor against the feared kamikaze attacks by Japanese pilots which had become increasingly common during the final years of the Pacific War.

The Seafire continued to be used for some time after the end of the war. The FAA opted to promptly withdraw all of its Merlin-powered Seafires and replace them with Griffon-powered counterparts. The type saw further active combat use during the Korean War, in which FAA Seafires performed hundreds of missions in the ground attack and combat air patrol roles against North Korean forces during 1950. The Seafire was withdrawn from service during the 1950s. In FAA service, the type had been replaced by the newer Hawker Sea Fury, the last piston engine fighter to be used by the service, along with the first generation of jet-propelled naval fighters, such as the de Havilland Vampire, Supermarine Attacker, and Hawker Sea Hawk.

Similar aircraft to the Supermarine Seafire