The Supermarine Swift is a British single-seat jet fighter aircraft that was operated by the Royal Air Force (RAF). 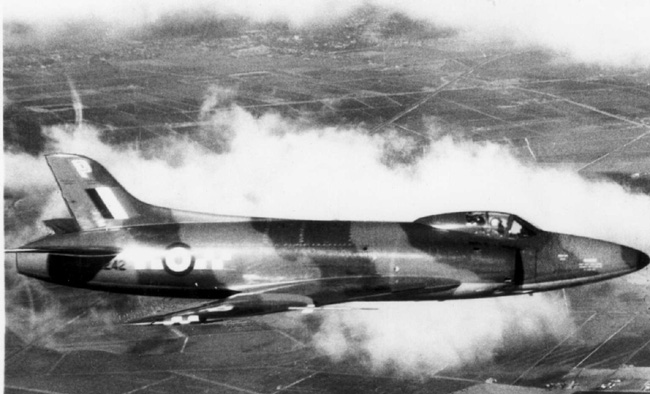 About the Supermarine Swift

The Supermarine Swift is a British single-seat jet fighter aircraft that was operated by the Royal Air Force (RAF). It was developed and manufactured by Supermarine during the 1940s and 1950s. The Swift featured many of the new jet age innovations, such as a swept wing. On 26 September 1953, a Swift F.4 piloted by Commander Mike Lithgow broke the world absolute speed record, reaching a speed of 737.7mph (1,187km/h).

After a protracted development period, the Swift entered service as an interceptor aircraft with the RAF in 1954. However, due to a spate of accidents incurred by the type, the Swift was grounded for a time, and experienced a relatively brief service life. These issues with the Swift led to a public scandal surrounding the aircraft, harming the reputations of the British government, the RAF, and the aircraft industry.

Ultimately, the less problematic Hawker Hunter assumed much of the intended role for the type and only half as many Swifts were manufactured as had once been intended. A later-produced photo reconnaissance variant of the Swift had resolved some of the teething problems that the type had suffered from, but this proved to be too late for it to regain favour. An advanced derivative of the Swift that was to be capable of transonic speeds, the Supermarine 545, was also under development during the early 1950s; however, in 1955, it was cancelled principally due to the poor performance of the Swift.

Similar aircraft to the Supermarine Swift