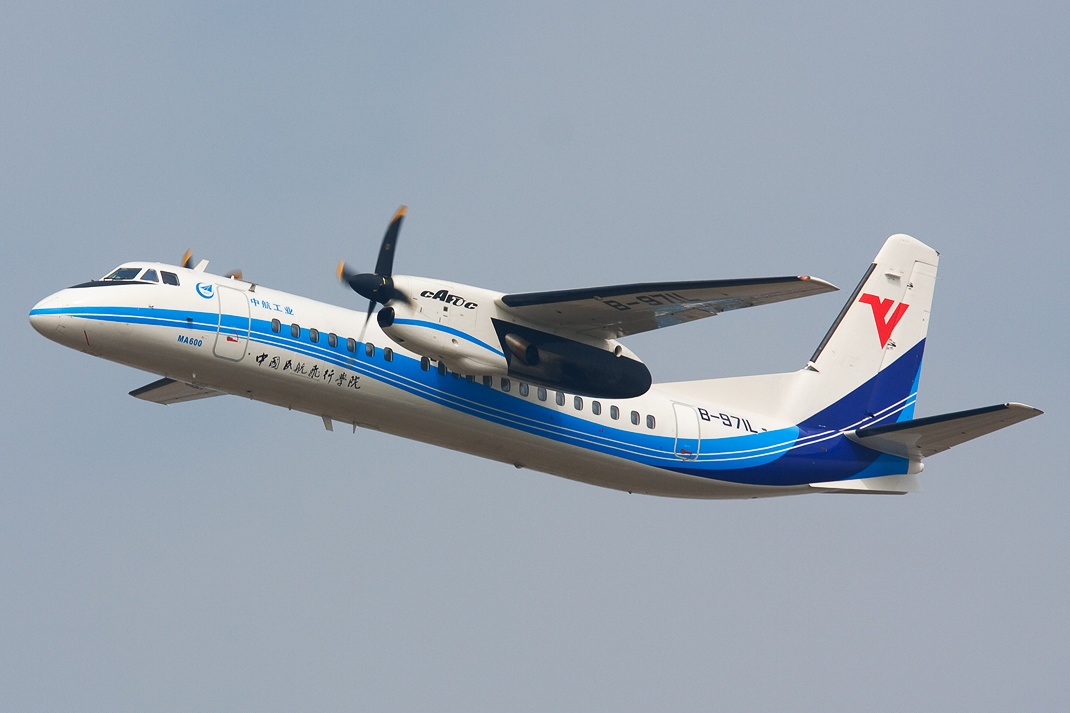 About the Xian MA600

Xi’an Aircraft Industry Corporation rolled out its first MA600 turboprop on 29 June 2008. MA600 made its maiden flight on 10 October 2008. The aircraft is equipped with new avionics, improved passenger cabin and engines with increased thrust when compared to MA60.

Powered by Pratt & Whitney Canada PW127J turboprop engines, it has a 60-passenger capacity.

Xi’an Aircraft Industry Co., manufacturer of the MA600, noted that the successful test flight is “an important milestone” in Chinese domestic aircraft production. MD Meng Xiangkai revealed that the aircraft is expected to obtain its airworthiness certificate and enter service in the second half of 2009, with the first delivery to the Civil Aviation Flight University of China in Sichuan Province. Batch delivery will start in 2010.

Various operators in Asia and Africa have ordered 310 (March2018).

Similar aircraft to the Xian MA600