On September 6th, 2017 my career as a pilot officially began. To celebrate that fact in an appropriate manner I would like to go back into time to take a look at all that happend in the past months and what the future might bring. Time flies, but so do I!

Some might say that “Mom, dad, I want to become a pilot.” were my very first words. I don’t recall that to be honest, but what I do know is that at a very young age I was intrigued by anything that had to do with aviation. A job as a pilot seemed amazing and I would do anything and everything to achieve my childhood dream. And here we are. Sixteen years later I’m flying all around Europe as a First Officer on the Boeing 737. I still can’t believe it!

Road to the Right Seat
Once my flight training was concluded, the most important chapter in my adventure came along: the jobhunt. How do you prepare for interviews? Is it really that hard to find a job as a pilot? Do you have to pay for a type rating? Is there a pilot shortage? It are just a few examples of the questions I would answer in my brand new blog.

When I graduated from the CAE Oxford Aviation Academy on june 9th, my ‘Road to the Right Seat’ began. And just like I did during flight training I would once again tell you all about it with great pleasure! So, let’s go down memory lane.

The first letter
All the paperwork was done, theoretical knowledge fresh in my mind and fully ready for the jobhunt! On June 29th I sent the very first letter. It was the start of an exciting, but also nerve-wracking period in which I would have to prove my knowledge and competences throughout various selection tests. And once the first letter was sent there was only one thing left for me to do: wait for an answer.

Interviews
Before, during and even after flight training there was one question which always seemed to come back to mind: “Do you think we’ll be able to find a job?”. No certainty was guaranteed, but luckily for us we saw a positive trend with regards to job offers for Ab Inition pilots. I’m not lying when I say that almost every airline had started hiring so actually there was no better time to graduate.

I took part in many interviews with different European airlines and it rapidly became clear that the pilot shortage was not just a myth. An invitation for an interview at TUIfly Belgium, a simulator check with ASL Airlines Belgium, online selections for easyJet Switzerland and the list goes on. Each and every airline I contacted invited me to participate in their hiring process.

It probably were the six most stressful weeks of my life, but they were surely worth it!

The first job
Just one month after sending out my first letter I received amazing news. The one phonecall which turned my life upside down! I was hired by ASL Airlines Belgium as a First Officer on the Boeing 737. The jobhunt was over and on top of that I was takin in at my top-choice airline. Not in my wildest dreams I could’ve imagined this moment to happen.

A new beginning
On September 6th, which is now roughly one year ago, I began with a new chapter in my life. It was the day on which I signed my contract at ASL Airlines Belgium in Liège. My jobhunt was now officially over. Oh the sweet relief

The next step on my list is the Type Rating. After having completed this intensive course, we should be able to fly with the Boeing 737. But before that happend, we would first have to study A LOT. From general characteristics to the aircraft’s hydraulic system: everything had to be studied thoroughly in order for us to pass the exam. 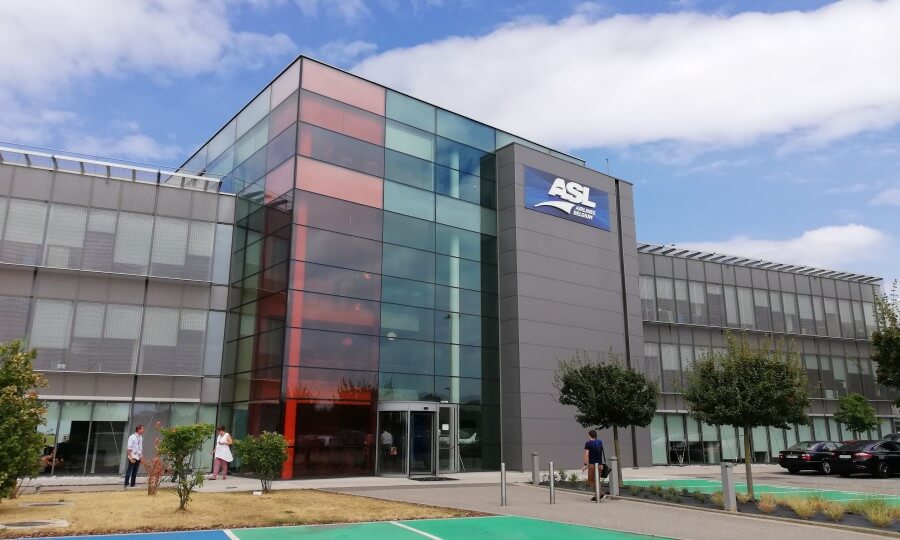 The box
Once the theoretical exam had passed we could start with the practical part of our type rating. Hooray! To do this, we regularly went to Frankfurt in Germany to fly in the Boeing 737 Classic simulator. Not only did we learn how to fly the airplane, but also how we can efficiently work together as a crew. All of this in the most abnormal situations.

After 44 hours in the box it was time for our Skill Test. We had properly prepared, the session went well and at the end we got to hear the glorious “You have both passed the exam.”. This meant that now it was time for the real deal… 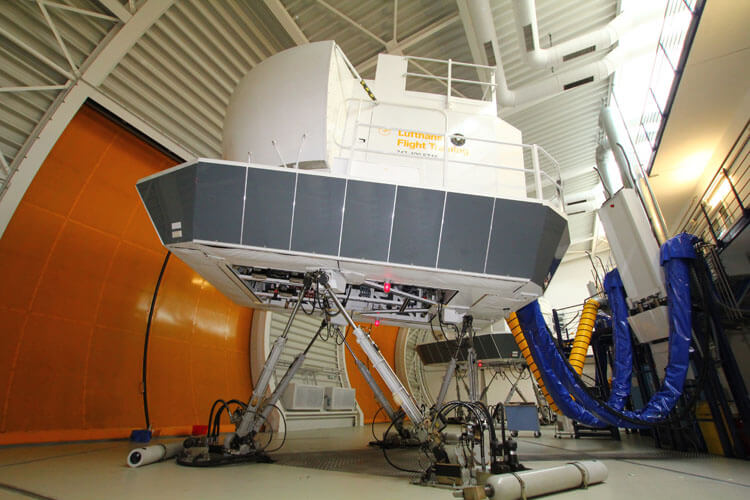 The childhood dream
On November 18th, 2017 the moment of truth had arrived. My lifelong dream of flying a big jet was turned into my reality as I flew around with the Boeing 737 for the very first time. An extraordinary feeling on a simply unforgettable day. Even though it’s been almost a year ago, I still get goosebumps when I think about it. 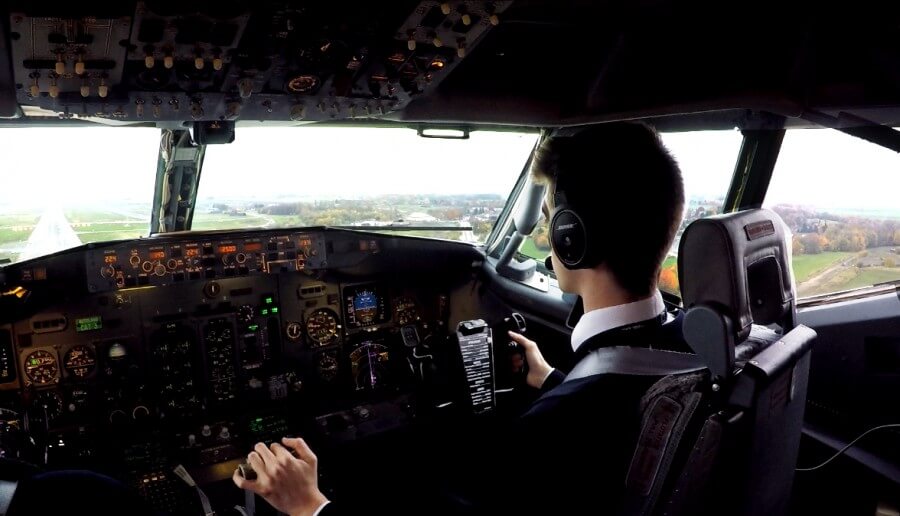 Line Training
During the weeks which followed I learned how to fly operationally on our European network. From sunny days in Madrid to heavy thunderstorms in Sweden: each and every flight was an opportunity to learn. In one and a half I flew to 20 different airports which corresponded to 65 flight hours and over 400 tonnes of cargo which I transported.

The year 2018 started in a great way as on January 13th I passed my Line Check. Now I was officially released as First Officer!

Recurrent
As a pilot it is not only essential, but simply a requirement to keep your knowledge current. Twice a year we are tested in the simulator and on top of that there is a yearly theoretical refresher course. The learning never stops!

A few months after the Line Check it was time to go back into the simulator where we were once again confronted with many abnormal situations. Because of the good teamwork and knowledge of my Captain and I we were able to remain calm and we passed the exam. Now we could fly the real thing again for another six months!

Life on the Right Seat
I have now been flying around with the Boeing 737 for 9 months. I am so grateful that I can actually say that. My Road to the Right Seat has ended after years of dreaming and working hard, but the adventure will never end.

Allow me to illustrate the past nine months with a few numbers!

To me personally, a job as a pilot was the best thing in the world. But has my opinion changed now that I am actually a pilot? The answer is simple: absolutely not. In all honesty my expectations weren’t just met, but surpassed! The feeling I get when I go flying is unchanged and I am truly happy whenever I do so. There is no way I could better describe it.

Concerning the future nothing is really certain. ASL Airlines Belgium has a fleet of Boeing 737’s, 757’s and 747’s so there are a few options. Most pilots start as FO on the 737 to then become FO/Cruise Relief Captain on 747 after which they come back to the 737 as a Captain. Not everyone follows this career path, but it does give an idea of what might happen in the future!

The blog
In all honesty, I did have some doubt about writing this blog. Questions like “What if I fail the flight training?” and “What if I never find a job?” were creeping around in my head. But eventually it were these questions which became the exact reason I wanted to start writing the blog. My goal was to get rid of all the stereotypes with regards to becoming a pilot. On top of that I would tell you all about my experiences and progress, good or bad.

I never thought the blog would get so much attention. Throughout 43 blogposts I regularly received nice messages and interesting questions. If you then add over 50.000 views to that I can’t deny that I am truly happy with the result!

Therefore I feel like I should thank all of you for reading the blog and for your positive feedback. Without you the blog would have never continued for this long!

Thank you
The past three years have gone by in the blink of an eye, but I smile whenever I think of everything that has happend throughout this adventure. I learned so much, met friends for life and now I have (in my opinion) the best job in the world. Without the support of all those around me I would have never achieved my goal.

My family and friends, my girlfriend, the great colleagues at ASL, everyone at CAE and the thousands of readers who have followed my adventure: you are all amazing. 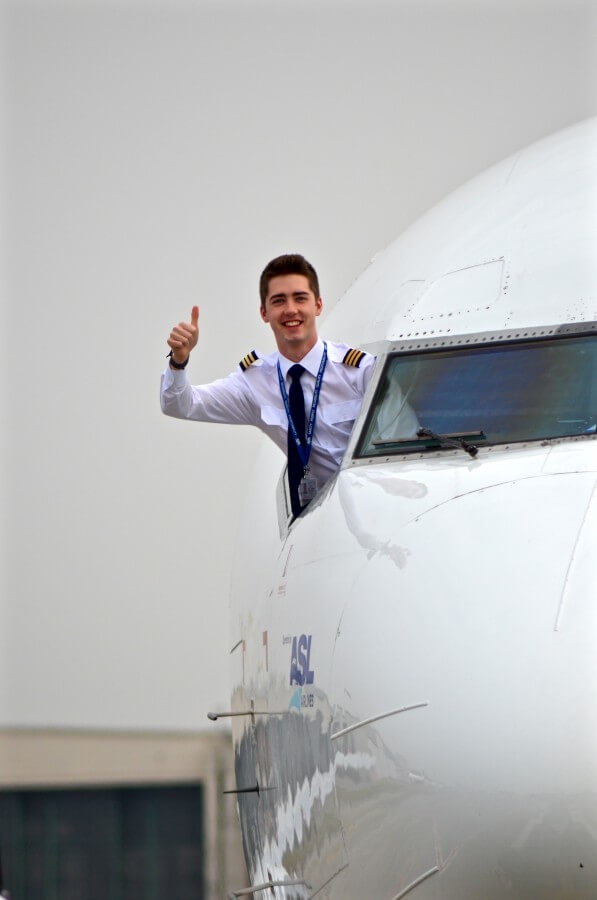 My ‘Road to the Right Seat’ has come to an end, but the adventure is long from over.
Blue skies and see you soon!

Road to the Right Seat 43 - Recurrent

Are you Allowed to Bring this on an Airplane? 15 Common Items Explained

Read on for more details on the items you can pack in your carry-on bag and the restricted items that could endanger plane operations and travelers’ safety.

An AOG situation is the direct fallout from aircraft groundings due to maintenance issues, weather-related problems, or conflicting flight schedules. Learn all about it here!