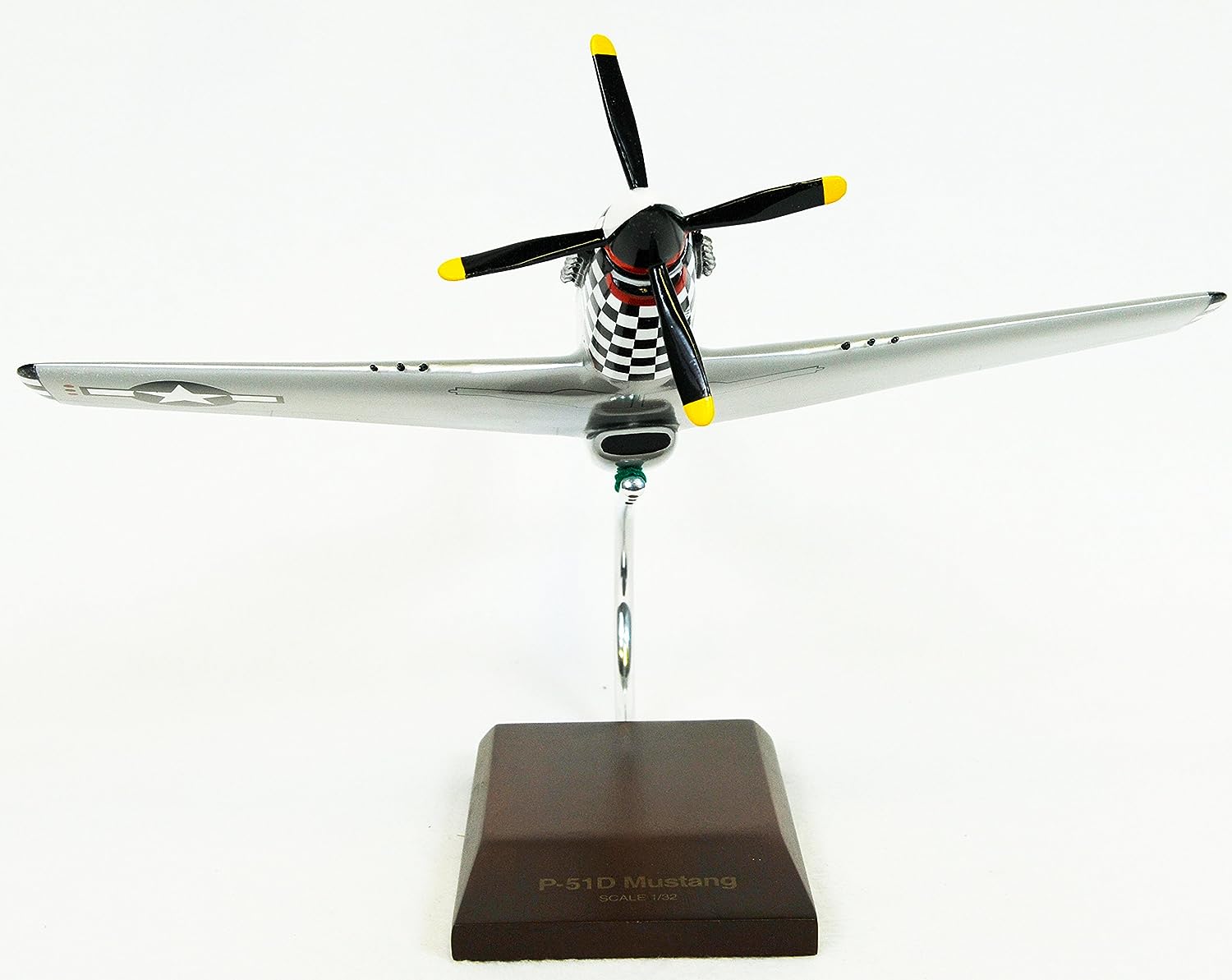 $132.90194.95
Buy now on Amazon
We are a participant in several affiliate programs. If you decide to make a purchase through any of the links on this page, we earn a commission at no additional cost to you.

Avid collectors of handcrafted replica should not miss this desktop scale model. With the expert craftsmanship of this desktop replica, you'll surely be proud to bring it home and display on your desk.

The North American Aviation P-51 Mustang is a long-range single-seat fighter aircraft that served with Allied forces in the middle years of World War II, becoming one of the conflict's most effective and recognizable aircraft. The P-51 flew most of its wartime missions as a bomber escort in raids over Germany to help ensure Allied air superiority from early 1944. In late 1939, with the likelihood of full-scale war in Europe a major concern, the British Royal Air Force (RAF) was looking for methods of quickly increasing its fighter strength. In April 1940, the British Air Purchasing Commission approached North American Aviation with the intent of having them build P-40s for the RAF. Since the P-40 design went back to 1933, James H. "Dutch" Kendelberger, president of North American, offered to build an entirely new advanced fighter. The British agreed and the P-51 took its maiden flight on October 26, 1940. As well as being economical to produce, the Mustang was a fast, well-made and highly durable aircraft. It also saw combat against the Japanese in the Pacific War. During the Korean War, the P-51 started out as the United Nations' main fighter, but was relegated to a ground attack role when it was supplanted by jet fighters early in the conflict. One of the very few fighter pilots in World War II to achieve ace status in both the Pacific and European theaters, Colonel John Landers flew the P-51D Mustang named "Big Beautiful Doll". His reputable flying career was concluded with 14.5 victories, 4.5 of which and an additional 20 ground victories were achieved in the Mustang. Big Beautiful Doll was one of the most colourfully painted P-51s of the era.