In the first two articles of this series, we featured Youtube channels Steveo1Kinevo and FlightChops. Now, we’re going to focus on the flight training channel MzeroA. So if you’re a student pilot or just someone who loves to learn more about flying, definitely read on!

Discussing everything from slow flying, soloing and flying to new airfields to multi-engine transitions and careers in aviation, MzeroA offers some incredibly valuable content to pilots. Since their mantra is “A good pilot is always learning”, MzeroA creates flight training videos for pilots in any stage of their training; from private pilot students all the way through commercial pilots and CFI’s. 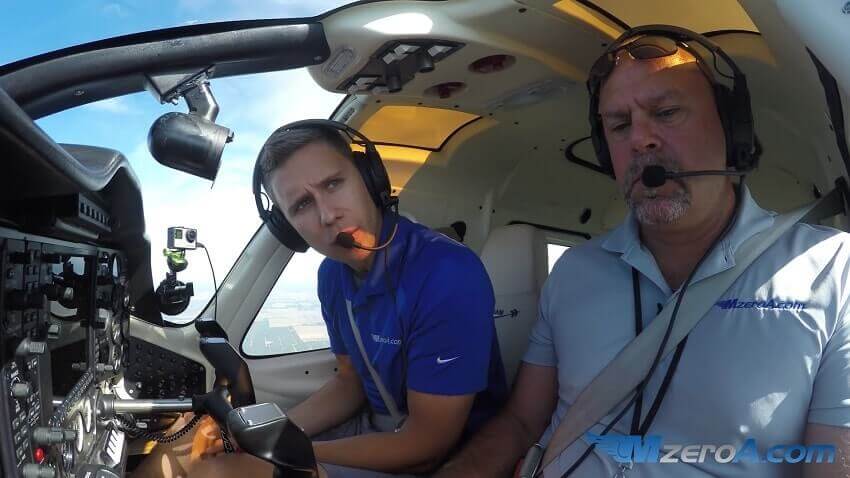 Jason Schappert, the guy behind most of MzeroA’s videos, is a young CFII full of energy who explains the most complicated maneuvers and practices simply, easy to understand and step by step. The videos he produces are stunning, with cameras mounted on the interior and exterior of the aircraft and even using drones to get some spectacular views when practicing any sort of landings or maneuvers close to the ground.

Besides a Youtube channel, they also have their website MzeroA.com, where you will find a ton of great resources to jumpstart your flight training or help you wherever you’re at in the process. If you enjoy their videos, they also offer a great online ground school with interactive courses and even more great training videos.

Do you remember Discovery Channel’s star Ariel Tweto from Flying Wild Alaska? She likes to jump in on some of the videos as well, which makes for some great and funny television!

MzeroA not only creates beautiful, short and to-the-point videos on their channel, they also regularly publish other great videos like webinar recordings. If you are about to start your flight training and have an hour and 12 minutes to spare today, here’s an interesting webinar recording with 7 ways to save money on your flight training, by MzeroA.

A training flight in a Tecnam P2006 makes for a very interesting and educational 16-minute video about transitioning to a multi-engine aircraft:

“One place I spent a lot of time was with Jason Schappert and MzeroA. Primarily because the videography that brings you into the cockpit and shows you what you’re doing in terms of controlling the airplane, is all part of the preparation and studying that’s incredibly valuable before you even get into the cockpit of the  – Jim Minow, Executive Director AOPA Foundation

What are your favorite aviation Youtube channels? Let us know in the comments!