Road to the Right Seat 27 – Slowly but Surely

Feb 10, 2017 – And then it was February again! Slowly but surely, we are making progress here in cloudy Oxford and currently, my group is about one-third into the Instrument Rating course. The bad weather has often resulted in canceled flights, but we are still on schedule.

Saturday, January 21 was the day: the open house! This time I was not one of the young boys with lots of questions; I was the student pilot answering them. I assisted some other students in the Piper Seneca V flight simulator.

When I went to the flight school’s open house, the simulator was undoubtedly the highlight of the day. A student explained how everything worked and let me fly it. Now, almost two years later, I am the student in the right seat and that is a great feeling.

One person already had a few years of experience, the other was behind the yoke for the very first time. The variety in age, origin and flying experience also made it a very interesting experience for me. Because, how do you teach someone to fly a circuit in just a few minutes? Either way, it was very nice to be talking to the young people and to introduce them to the flight simulator. 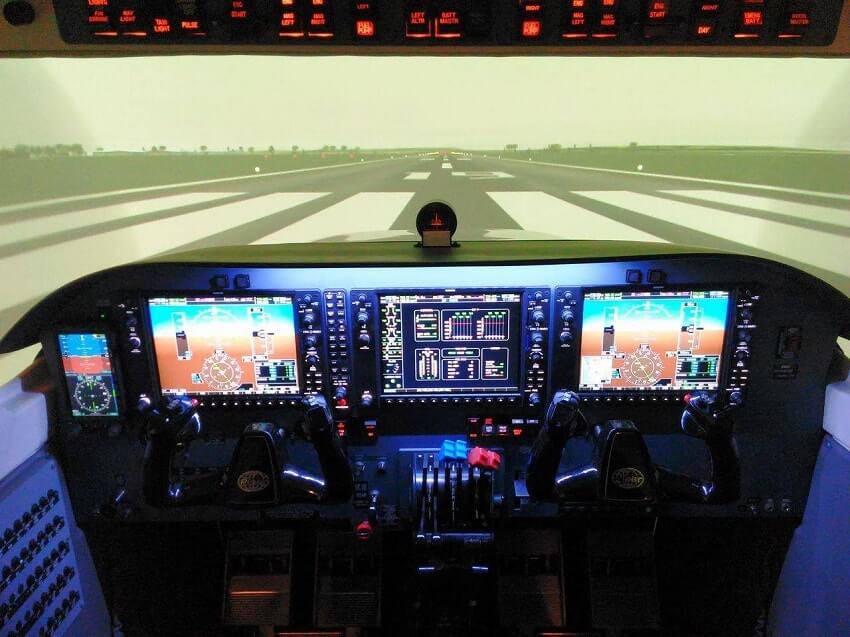 Getting there slowly but surely

Although we are still pretty well on schedule, the Instrument Rating is harder than we hoped. Many students, few planes, bad weather conditions. The perfect recipe for canceled flights and frustrated students. All employees are, of course, doing their best to plan everybody’s flights as well as possible, but no one can control the weather.

Since I’m only just into my IR course, I still have some options. When the weather is too bad, we go into the simulator to keep making progress. So far I flew about 10 times in the simulator and only 1 time in real life. The weather really doesn’t do us a favor.

It’s only now that I realise how lucky I’ve had in the US. In just over four months I did 91 flights. If I had kept flying at that pace, I would have been almost finished with the Instrument Rating. Pretty crazy!

Normally, things should be moving faster in the coming weeks and I should be back in Belgium at the end of March. Fingers crossed for the weather.

A few weeks ago, we received our golden stripes during the Wings Ceremony. An important moment in our training, but also for ourselves. I’m proud to be part of Promotion 37! 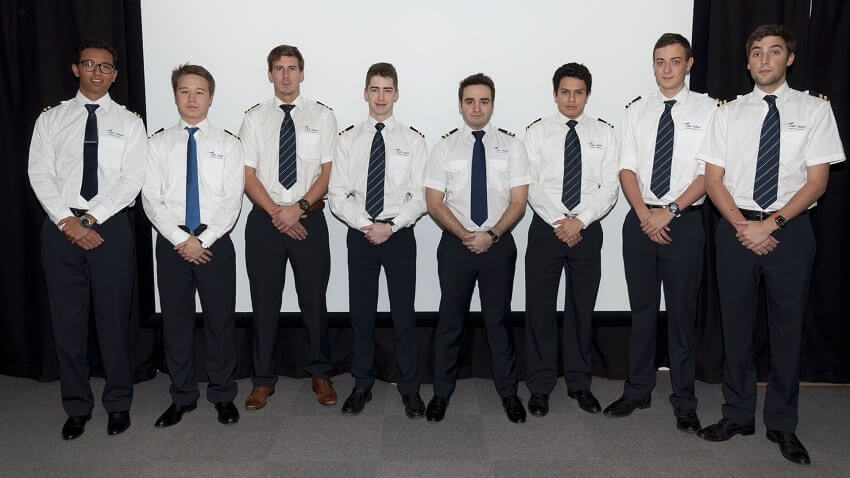 The second group of our class has also arrived well in Oxford. This group already finished the briefings, which means that they can now start with the real work. The third group will arrive within two weeks and then Promotion 37 is finally complete!

Once the IR is completed, one important part of the program is still waiting for us: the MCC / JOC. For this, we will be flying in the Boeing 737-800NG simulator in Brussels. We will learn the basic principles of flying jets and work together as a team in the cockpit.

After we finish the IR, we usually get more information about the MCC start date. So we’ll have to be patient. First, we have to focus on getting our Instrument Rating!