Getting Your Private Pilot License – Practising and Progressing

As a glider pilot with about 220 flying hours, I finally decided to take the jump and start my Private Pilot training in June 2018.In this series, I share my experiences of getting my Private Pilot License in Belgium. From preparing for my first lesson, to my first solo flights and ultimately my checkride.I hope these articles will be able to help you get the most out of your own flight training!

My second lesson is finished now. Last Sunday, I again booked a two-hour slot on the Piper Tomahawk with my instructor to continue the exercises I have to do before my first solo flight. During the first flight, we already did quite a lot of exercises. This flight we continued practising the basics like straight and level flight, climbing, descending etc. and also did some extras like stalls, turning while climbing/descending, a simulated forced landing with the engine on idle and a few standard circuits. 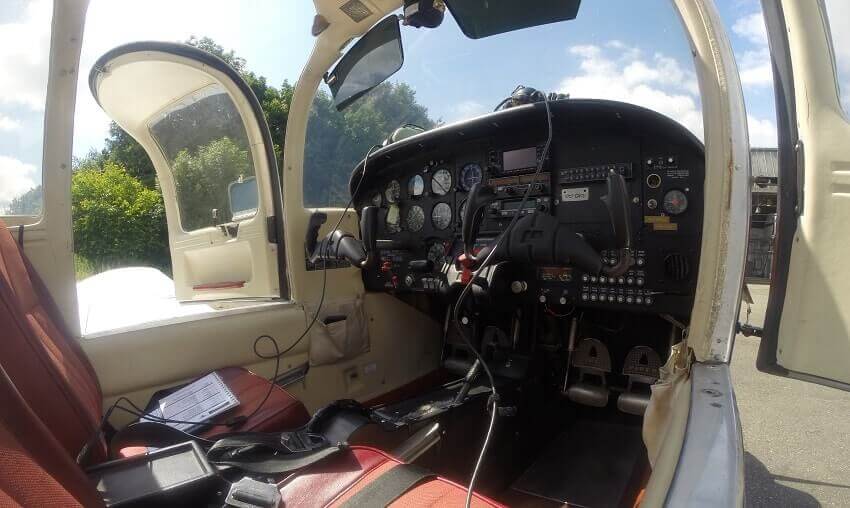 The first part of the flight was rehearsing some of the maneuvers and exercises of the previous flight like settings for straight and level flight (SLF), climbing, descending, etc. Those exercises could then be marked as demonstrated, executed and tested.

After that, we focused on exercise 9, turning. This included turning in level flight and while descending/climbing, which is also important to practice before starting the circuit training.

Next up was exercise 10b, stalling! Stalling a motorized aircraft is quite different from stalling a glider; it behaves differently before and during the stall, and recovering also takes some more work than in a ‘simple’ glider. All in all good fun and a great lesson!

We ended the flight with a practiced forced landing (PFL) where we simulate an engine failure overhead the airfield and try to glide to the landing spot. As a glider pilot used to landing without an engine, this was a lot of fun and actually more comfortable than landing with an engine!

The day before I joined a friend while doing some circuit training. This gave me the chance to observe someone else flying circuits and going over the procedures without having to do anything myself but observing. This offered a great way to practise mentally for my next flight!

We finished our training flight on Sunday with two normal circuits at the end of the flight before taxiing back to the parking. Flying circuits with an engine takes some adjusting for me since it’s somewhat different from the (shorter) circuits I am used to flying gliders, but as they say, practice makes perfect.

Again a few steps closer to that first solo flight! My total time is now 1h56.

Unfortunately, next weekend I have to work, so my third flight is planned for Saturday, July 7th, my birthday!

The plan for the next flight will be to finish the exercises like slow flight, spin avoidance and some emergency procedures before starting the circuit training. Every exercise marked as tested is another step closer to that first solo flight! To prepare as good as possible for that next flight, I will practice the exercises of previous flights in MS Flight Simulator, especially the different checklists, procedures and cockpit flows.

Already very much looking forward to my next flight, I’m having so much fun learning something new.

Talk to you then,