I usually welcome our passengers and witness how they experience the flight of their lifes. Of course, with lots of envy… But then last August, I got offered the chance to fly ‘our’ P51 Mustang myself, during a fly-in event in Zoersel, Belgium. Flying an 80-year-old WWII fighter worth millions, powered by a 1500 HP V12 Packard Merlin engine is something I would never be able to afford, especially at this age. And when opportunity knocks, you open the door and get in. 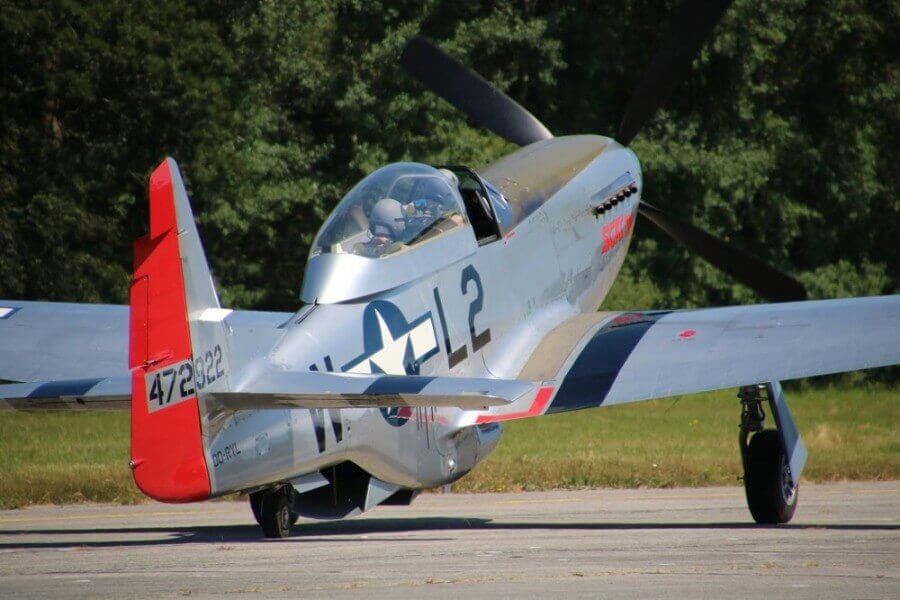 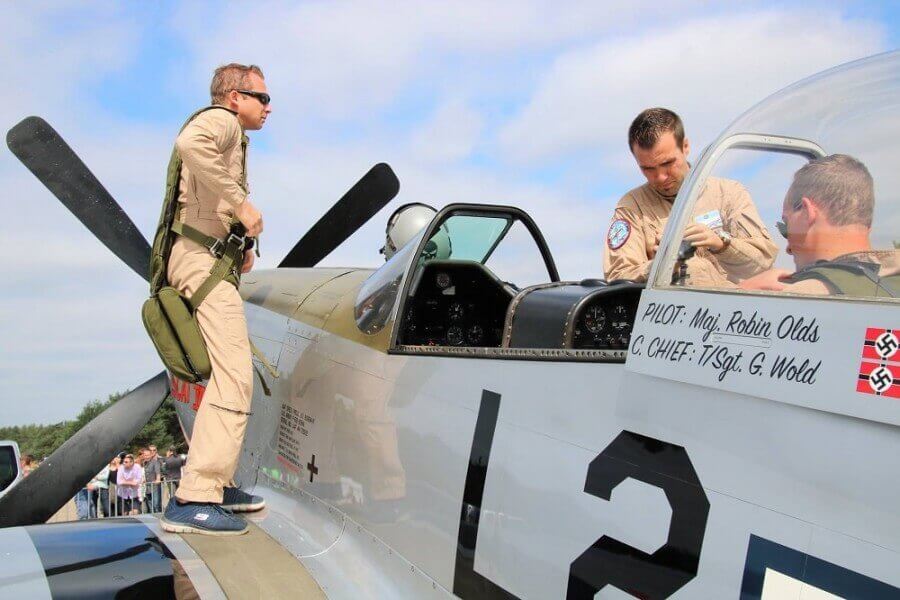 The standard P51 package includes 30 minutes engine time, with at least 20′ guaranteed airborne time. When waiting on the ground for passengers to return, these 30 min always seem long, but I can guarantee that when you’re inside the airplane, those minutes are over in a blink of an eye. There are not many things in this world that will give you the same 30-minute thrill as flying a legendary WWII fighter airplane, cruising at speeds well over 300 MPH. The fact that this aircraft was the personal P51 Mustang of WWII triple-ace Maj. Robin Olds makes this piece of history even more unique. 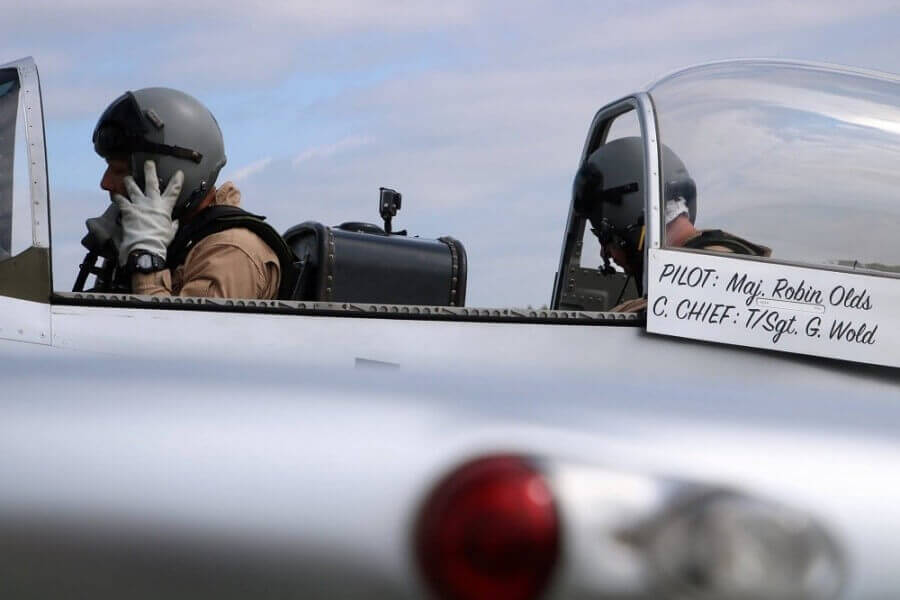 We took off from the former military airfield of Zoersel/Oostmalle in Belgium, where we attended a fly-in event (flights are usually operated from the home base at Antwerp airport). After a short run-up – which probably woke up everyone who was still sleeping in a 5-km radius – we continue taxiing to the runway. Due to the very limited visibility from the cockpit, the pilot opens the canopy to be able to lean outside and have a better view of what’s in front of him during taxy. Opening up that throttle to full power (well technically they do not go FULL throttle anymore like in the wartime, as this would wear on the engine too much) starts to give you an idea of what it will feel – and hear- like the next 20 or so minutes.

Before the flight, the pilot usually discusses with the passenger what kind of flight he/she prefers. If you have some flying experience, you might want to take over controls for a little bit to really feel the aircraft. And that’s exactly what I did, of course!

I have never, ever, been more excited to hear the words “You have control”. 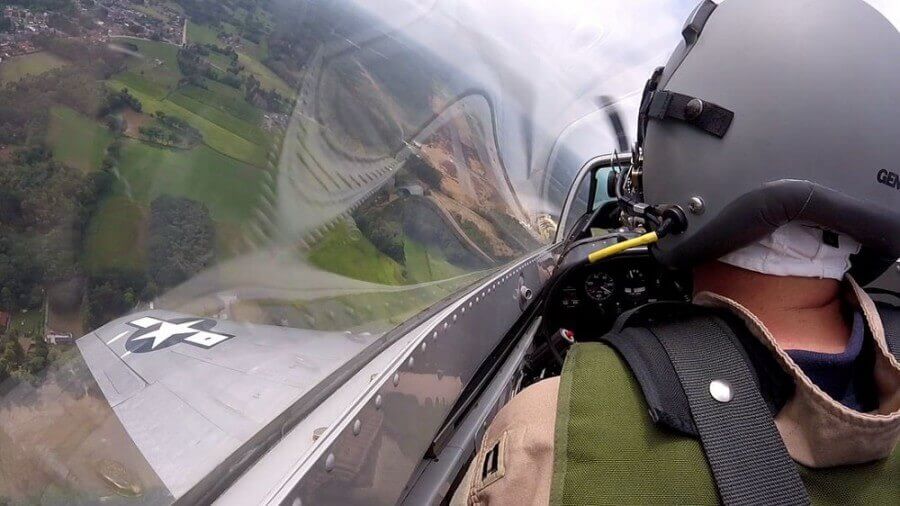 It’s amazing how sensitive the aircraft is. It only takes a little bit of pressure on the stick to maneuver the aircraft, flying at about 300 MPH through the skies over North-East Belgium. I made some 360 climbing and descending turns, before handing over the controls again to Frédéric, the pilot. He then showed me what the aircraft was réally capable of.. 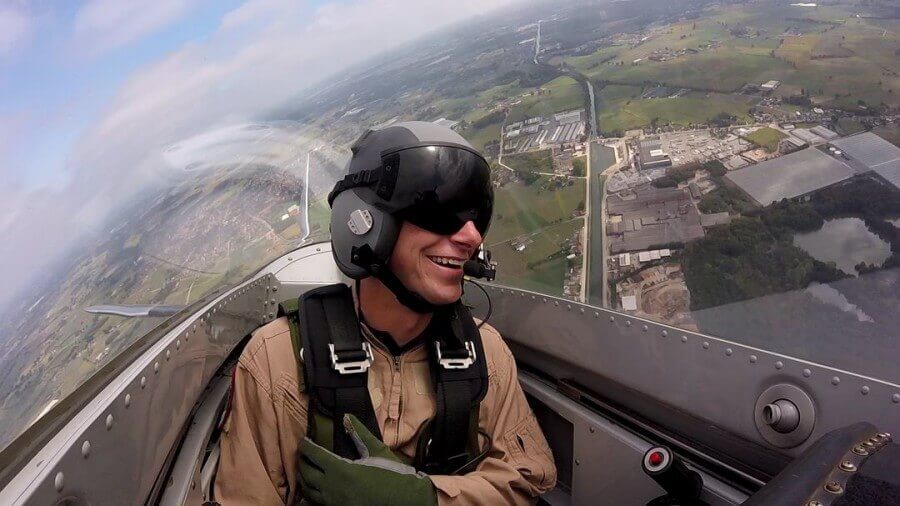 It’s only once the engine shuts off and the flight is officially over, that you begin to realize what you just experienced.. Memories that will last a lifetime. 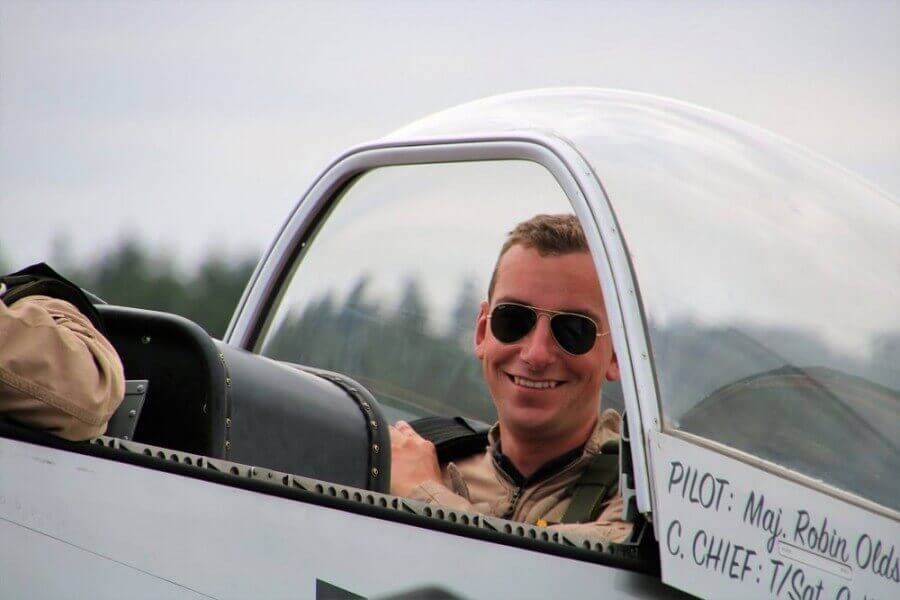 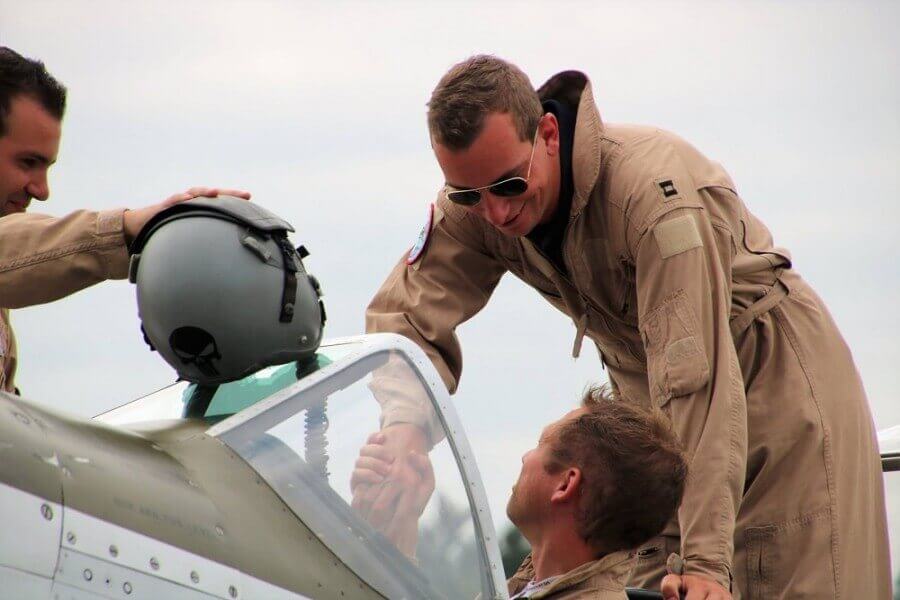 Also quite cool to see “TF-51D” between all the PA-38 Tomahawk entries in my logbook! 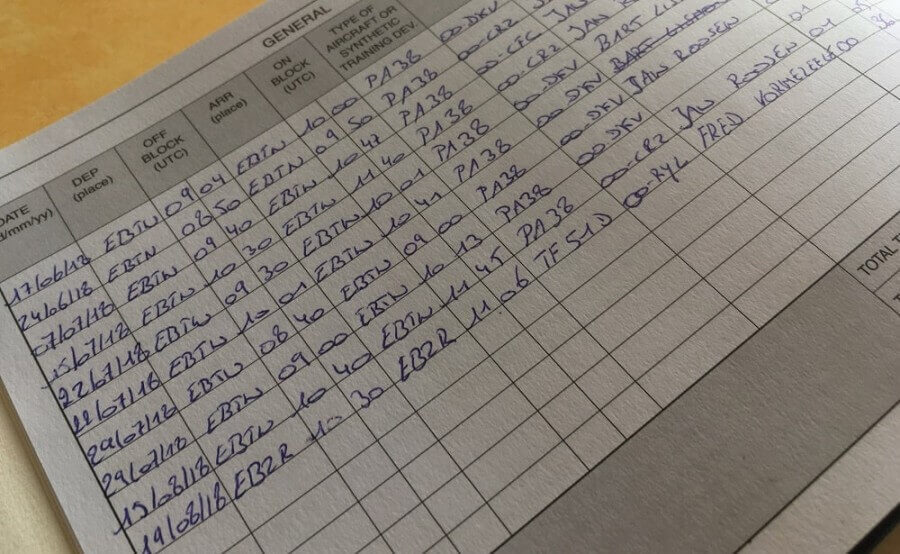