Getting Your Private Pilot License – Emergencies 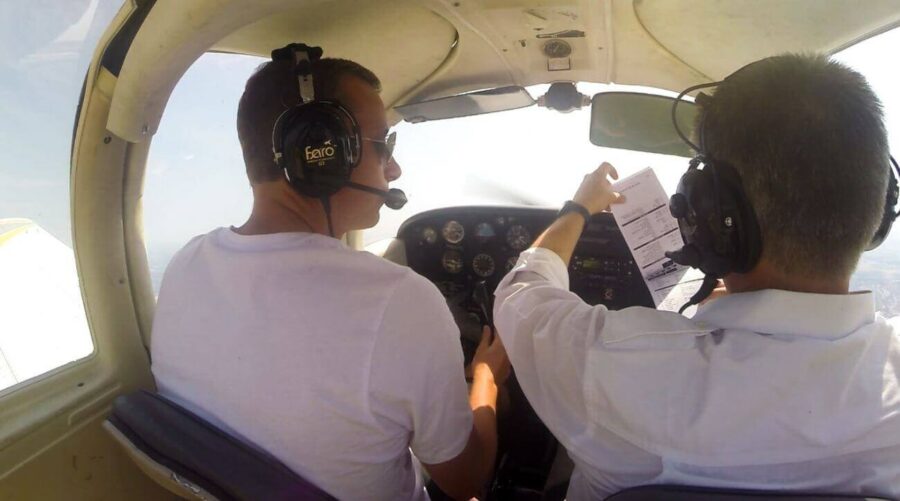 It’s July 7th, my birthday! Like every week, I booked a training flight with my instructor in one of our flying club’s Piper PA-38 Tomahawk. This time we were going to fly the OO-CFC, the third of three Tomahawks our club owns. After this flight, I will have flown all three of them.

Again I took advantage of arriving a little earlier at the airfield to start pulling the airplane out of the hangar and perform all pre-flight checks before my instructor arrived. This would give us some more time to go over all the exercises that were still left and talk about the training flight. I still had some exercises that needed to be finished before starting my circuit training, the last step before soloing!

I’m starting to get more comfortable with all the checklists and taxiing the aircraft, something I wasn’t really used to when flying gliders. Making radio calls is also not that big of a deal since it’s just a little different from what I usually do when gliding. Having previous flying experience really does help!

After take-off, we left the circuit and headed for the working area to do some exercises. On the planning were stalls (clean and in approach/landing configuration) and some emergency exercises like an off-airport Practised Forced Landing. Of course, we did a go-around once we hit the legal minimum altitude over open terrain.

A very interesting video about emergencies and engine failures is about the story of the P51 who was forced to make an off-airport landing after its engine quitted during a formation pass in England. The video is a must-watch for every pilot.

We finished the flight with a few touch-and-go’s, a long approach and a full-stop landing.

As you can see we finished almost every exercises before my first solo flight. The 2-3 remaining exercises were briefed orally after the flight and will be practiced in one of the following instruction flights. 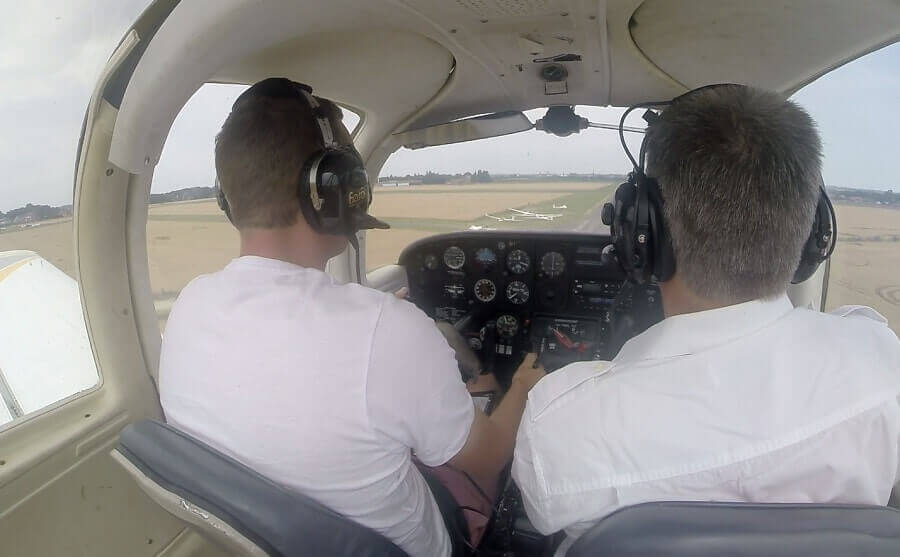 On one of my last touch-and-go’s you can see the gliders already waiting on the grass. I always try to book my flights in the morning so I’m finished early and can go do something else fun.. Gliding! As long as I can fly I’m happy 🙂

Speaking of being happy; you can see I’m flying with my Faro G2 ANR headset, one I absolutely love. Very comfortable and excellent noise reduction which helps save my hearing a little better! If you want one, you can get 10% off with the link below 🙂

Faro G2 ANR Pilot Headset
10% off with coupon HANGARFLIGHTS
Check Price
If you click this link and make a purchase, we may earn a commission at no additional cost to you.

In total, I have flown now little over 3 hours with an instructor and finished all my pre-circuit training exercises. Next week we’ll start with the real circuit training to prepare for the most exciting part… My first solo flight! I already did a few circuits during my last three flights (8) and I’m starting to get better at it, but I’ll still need some improvements before soloing. Strangely enough, the one major problem I have during my landings is hitting that center line on touch down… It’s rather frustrating but I think the major reason for this is that I’m not used to flying side-by-side (as opposed to sitting on the longitudinal axis in gliders), causing me to have problems centering on the runway.

Hang tight and talk to you next week,