Road to the Right Seat 1 – The Preparations

Nov 1, 2015 – Before we jump into this series it might be a good idea to briefly introduce myself. My name is Bob and I’m currently 19 years old. I grew up in Belgium with my mom, dad and sister. My story began as a childhood dream which eventually turned into a passion for life. I admire everyone who is involved in the aviation community worldwide and I’d love to be a part of it.

I was about four years old when my dad brought home Flight Simulator ’98, remember that one? It didn’t take long before I became addicted to anything that had to do with flying. And so the childhood dream appeared! 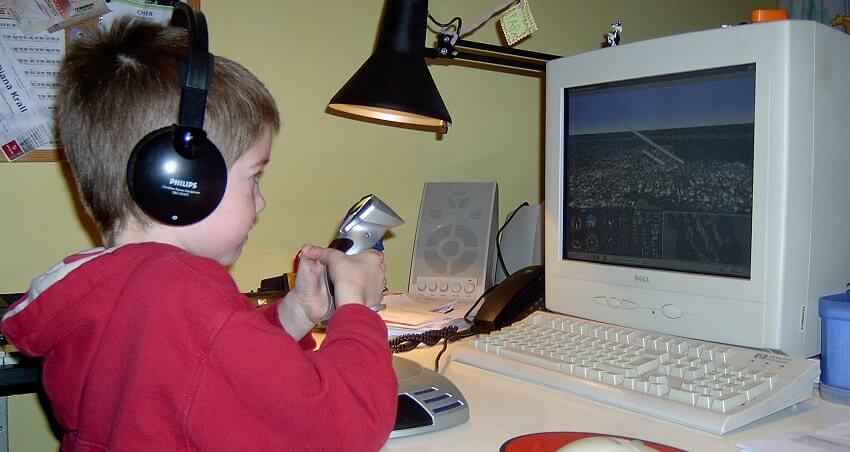 I was never really the smartest kid in both elementary school and high school. My parents were told many times that I would never be able to become a pilot, but that wouldn’t stop me from chasing my dream. Eleanor Roosevelt once said that the future belongs to those who believe in the beauty of their dreams. I couldn’t agree more.

When I started high school it became clear to me that math and I wouldn’t get along very well. Many people say that in order to become a pilot you need to be very good at math, but let me already tell you that it’s a fairytale.

In my opinion, the science courses I had such as physics and chemistry were the most interesting ones. However… I wasn’t good at them. After a bad exam, I was obliged to find something else to study. I decided it would be best for me to find a broad set of courses to study which I could combine with my passion for aviation.

There are many schools worldwide which offer flight training, but it’s not an easy decision. Every school has a (slightly) different way of working and that doesn’t make things any easier. The most important aspects will most likely be the cost, location and the connections of the school. The option between an integrated or a modular training program is also one not to forget.

When I started glider flying a few years ago I met numerous pilots who were able to help me make my decision. It’s always interesting to hear their story and experience before making any decision. Always make sure that you have all the information you require in order to prevent any issues throughout your training.

If you would have specific questions concerning your search for a flight school that suits you, feel free to contact me!

When you graduate from high school in Belgium you are off for three months. I didn’t waste any time and started studying physics. Besides studying for the entry exam I worked at a local McDonald’s restaurant in order to earn some money. As you probably know pilot training is quite expensive so every little bit would help.

My first test was my medical examination. I had to go to Brussels Airlines’ main building which is located at Brussels Airport. After filling out the necessary paperwork the waiting game began. I ended up speaking with one of my future classmates!

My lungs, heart, blood, hearing, eyes were all tested for any discrepancies. The whole examination was then briefed with a doctor and I was good to go! The medical examination isn’t that special, but it’s quite stressful when you do it the first time and on top of that it costs €375. Luckily a renewal isn’t that expensive, but it still is a yearly exam!

A big sigh of relief when I finally received my medical license. Now I could focus purely on the entry exam. There was a course starting in September 2015, but I didn’t feel ready yet and I still had to turn 18 in October. Not that I had to be 18, but I wanted to get my drivers license before starting my training.

Somewhere in August, I made it official. I sent out an e-mail with my CV, diploma, motivation letter, ID, medical license and a document showing that I don’t have a criminal record. Now I had to wait for a reply. Exciting!

One week later I received an answer. I was invited to take the entry exams on September 1st and 2nd. My first day would consist of a COMPASS test and a physics exam. The next day I was scheduled for an interview, a Basic Flying Assessment and an English test. There was no way back.

As I was cycling to the flight school, located at Brussels Airport, a Boeing 777 of United passed on my left. It was a very cold, but beautiful morning and I had a good feeling about the entry exam. A little while later I arrived at the main desk.

Another man, who was somewhere in his twenties, was also taking the entry exam that day. We wished each other good luck and started with the COMPASS test. The most important aspect of this test is to stay focused. The exercises were explained very clearly and stress levels were low.

After passing the first test I could immediately move on to the physics exam. I was stressed, but since everything went so fast there was really no time to think about it. To be honest the physics exam wasn’t too difficult. Seems like studying all summer long paid off! Of course, I wasn’t 100% sure I passed, but I was confident.

On the second day, I started with the interview. We discussed my motivation letter, my personality test and talked a bit more about how I see my future as a pilot. The next one on the list was English which didn’t cause any problems. Time for lunch!

About three hours later I jumped into the simulator for the Basic Flying Assessment. Here they test your basic flying skills along with your multitasking capabilities. I made some errors, but the examiner seemed to be pleased with the outcome.

The exams were over so now I could only sit and wait for an e-mail with my results.

Two days after the entry exams I received an e-mail from the flight school. “You have successfully passed the entry tests, congratulations!”

It was official: on November 23rd, 2015 I would start in Promotion 37. Time to pass on the good news and prepare for the start of my new life!

Having passed the exams I had another challenge: finding a place to live near the school. An average price of €425 per month made most of the housing options too expensive for me. I decided to sit together with some other students who would be willing to share an apartment with me.

I met one of my classmates at the medical examination facility and luckily he was interested. We found another future friend who was also willing to participate and it didn’t take long until we found the perfect spot.

We managed to rent an apartment at 2 kilometers from our school, close to a grocery store and right in between the two runways of Brussels Airport. A student pilot’s dream! 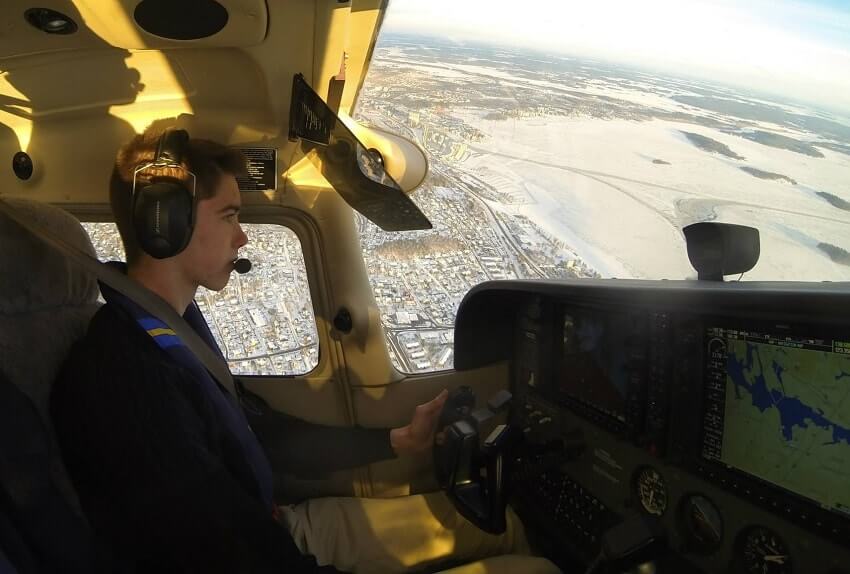 Off to a new life!

I was very excited to meet my classmates and to start my pilot training. It would be the start of something unforgettable and I would finally get the chance to make my dream come true.

Thanks for reading my first English blogpost! A new post will be published every week so feel free to join my journey to the right seat. If you have any questions, please let me know in the comments or via bob@flightlevel.be!