Road to the Right Seat 4 – Holidays

Dec 25, 2015 – After five weeks of studying, we got a week off to celebrate Christmas and the end of 2015. We had studied a lot, we took our first progress tests and were looking forward to an interesting 2016!

Last week, I told you more about an average day in the life of a student pilot. This time I’ll focus more on a general overview of what my training looks like. Let’s get started!

My training can be split up into three big parts: 8 months of theory in Brussels, 6 months of flying in Arizona and another 4 months in Brussels and Antwerp.

The first 8 months of theory are also divided into two parts. Right now were in phase 1 which is by far the most theoretical one of our training. During phase 2 we’ll be studying more practical things, but theory will always be theory.

During these first 8 months, we’ll study 14 books: 8 in phase 1 and another 6 in phase 2. At the end of each phase, we have to pass the School Finals followed by the official EASA exams. EASA is basically the European version of the FAA. Simple as that.

When the theoretical phase has been successfully completed, it’s time to go abroad. We’ll be flying around in Phoenix, Arizona in the Piper Archer TX and the Piper Seminole. After six months in Arizona, we should pass our CPL, which is the Commercial Pilot License. After passing the final exam we can return to Belgium for the last four months of training.

Once we’re back in Belgium we’ll be doing our Instrument Rating in Antwerp on the Diamond DA-42. The last phase of our training will be the MCC/JOC. That’s the Multi Crew Co-Operation and Jet Orientation Course where we will learn more about jet flying and how to work together in the cockpit. We’ll be completing this phase on CAE’s FFS Boeing 737NG in Brussels.

In order to get a job as an airline pilot, you have to be prepared. That is why, at the end of our training, we will receive more info about the interviews and how to prepare for them.

People seem to be shocked when they hear that it only takes around 18 months to become an airline pilot and I fully understand. When I graduate in 2017 I will be 19 years old and that’s quite young indeed. However, do keep this in mind: young first officers make experienced captains.

Processing a lot of information in a short period of time is not easy. It requires a lot of effort, good planning and motivation.

The school wants to make sure that we study every day and to check this they have implemented progress tests. They are meant to check how we progress through training, if we understand the lessons and if there are any problems which should be taken care of.

Up until now, we’ve had four of these tests: electrics, psychology, instruments and meteorology. After our holidays we’ll be tested on the other courses, but we’ll only receive our planning somewhere around the 28th of the month.

Progress tests exist of both multiple choice (80%) and open questions (20%). Since the school finals and official exams are 100% multiple choice it is important to know how to deal with them. Multiple choice might seem easier, but long and confusing sentences tend to make it far more difficult to find the correct answer.

My social life has drastically changed in the past weeks. There is less time to spend with family and friends which isn’t always simple. Luckily there’s a big pile of books to distract us and in the end, it’s all temporary!

Before I started my training I was told many times that having a girlfriend as a student pilot isn’t easy. That might seem a bit harsh, but I do notice how some of my classmates struggle to find the right balance between studying and spending time on their girlfriend. Besides that we also have to go abroad for almost half a year which doesn’t make things any easier.

We’ll always have the chance to get a night off, but passing the exams will be our priority in the next months.

Next time, I’ll give a brief explanation of all the courses we have to study. If you have any questions, please feel free to let me know in the comments or via bob@flightlevel.be! 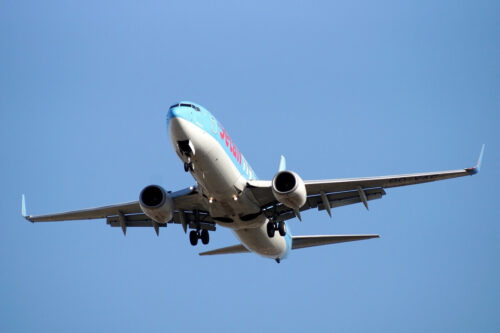 Road to the Right Seat 3 - A New Life