Get Your FREE eBook
All Posts MilitaryJobs

Air Force One, the presidential plane of the United States, is probably the most famous and secure aircraft in the world. It is not the name of an actual plane, but the air-traffic call sign of any of the two United States Air Force (USAAF) Boeing VC-25 (modified Boeing 747-200B) whenever the United States president is onboard.

The Air Force One has been the subject of several articles, books, and television productions, including a successful aviation movie starring Harrison Ford. And it is probably the most technologically advanced plane ever produced. The Air Force One is fitted with several state-of-the-art avionics, anti-missile, and electronic warfare systems designed to protect the aircraft from enemy aircraft and weapons. 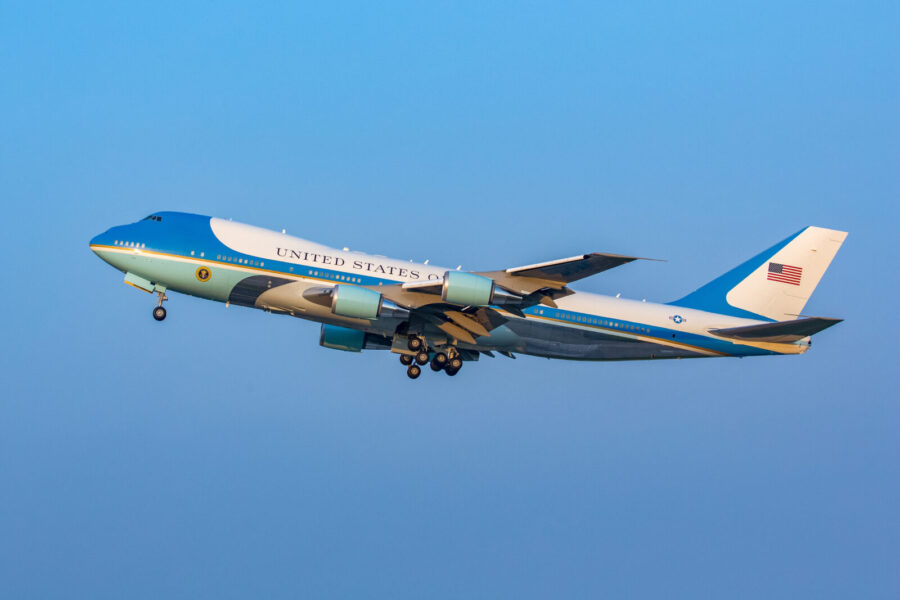 The full capabilities of Air Force One are classified information, including active flight crews’ identities which is not in the public domain. We may think Air Force One pilots have glamorous careers, but it requires years of strenuous training and experience before pilots are considered for the job.

Who Pilots the Air Force One?

The sensitive and demanding nature of being an Air Force One pilot means that only the most experienced USAAF heavy transport pilots are considered. To qualify, you must have a minimum of 2,500 hours of logged flight time. Also, the selection process involves extensive background screening by the secret service and the FBI. 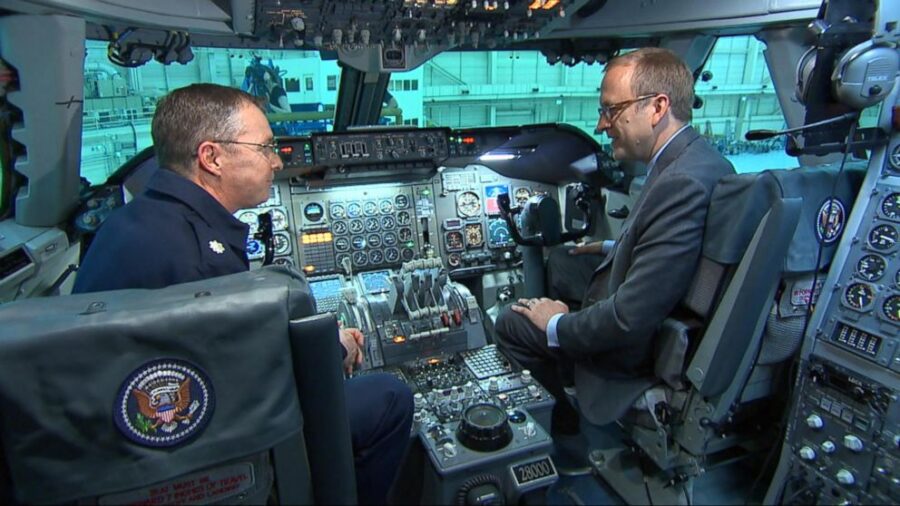 Since most of the technical information about both VS-25 presidential jets are closely guarded military secrets, Air Force One pilots require a Yankee White’ category one security clearance – the highest in the United States, before they are allowed to fly the aircraft. Potential pilots are subjected to rigorous security screening and personal background checks for their spouses, adult children, close family members, and friends.

Needless to say that Air Force One pilots are among the most upstanding and dedicated American servicemen and women.

How do you become an Air Force One pilot?

Becoming an Air Force One pilot starts with you enlisting in the United States Air Force and qualifying to be a tanker or transport aircraft pilot. Only active duty USAF non-fighter pilots are considered for the role. The second primary requirement is that applicants have had a minimum of 2,500 flight hours logged on heavy transport aircraft. This eliminates rookie pilots, meaning that only Air Force veterans need to apply.

Most of the actual recruiting and elimination process is classified, but the 89th Wing only accepts applications from highly recommended pilots within the Air Force. Prospective Air Force One pilots must pass an interview conducted by the 89th Wing, where candidates are expected to display exceptional critical thinking skills and flying abilities. New pilots with the 89th Airlift Wing are typically assigned to fly lower-level federal government officials before being considered for the big job.

A look at a recent post on the 89th Airlift Wing Facebook page lists the requirements on how to become an Air Force One pilot. These include:

How Much is Air Force One Pilot’s Salary?

Pilots flying the presidential jet SAM 28000 and its sister aircraft earn the same salary as other USAAF pilots of the same rank and service time. USAAF pilots pay (including salaries of Air Force One pilots) are based on the following criteria:

The basic salaries of Air Force One pilots range between $82,620 – $155,754 per annum, depending on the pilot’s grade and the number of years spent in service.

However, Air Force One pilots also qualify for a slew of allowances and benefits depending on their experience and years spent in active military service. These include:

Base pay or basic salary is the primary part of the monthly check received by Air Force One pilots. It is computed using the current rank and number of service years. New pilots may receive a lower base pay than senior pilots, but the amount increases with each promotion and every year spent on active duty.

Basic Allowance for Housing (BAH) is a non-taxable allowance paid to pilots who live in off-base private housing. BAH aims to subsidize rent paid by pilots, and the amount paid depends on the pilot’s zip code, if the pilot has live-in dependents, and the pilot’s pay grade. Air Force One pilots residing in base accommodations do not receive BAH.

This is another non-taxable allowance known as Basic Allowance for Sustenance. The amount is $254.39 monthly, irrespective of rank or number of service years, and it is meant to cover the cost of meals. So yes, it is lunch money.

TSP, also known as Thrift Savings Plan, is the USAAF equivalent of a 401(k) plan for Air Force One pilots. Pilots have a retirement account in which the United States governments pay a monthly matching contribution of around 5% of pilots’ basic salaries.

Retention bonuses are government incentives designed to lure more experienced pilots into remaining in the service. This is often targeted at senior and highly skilled pilots approaching the end of their mandatory service time. Bonuses offered can reach $35,000 per year. 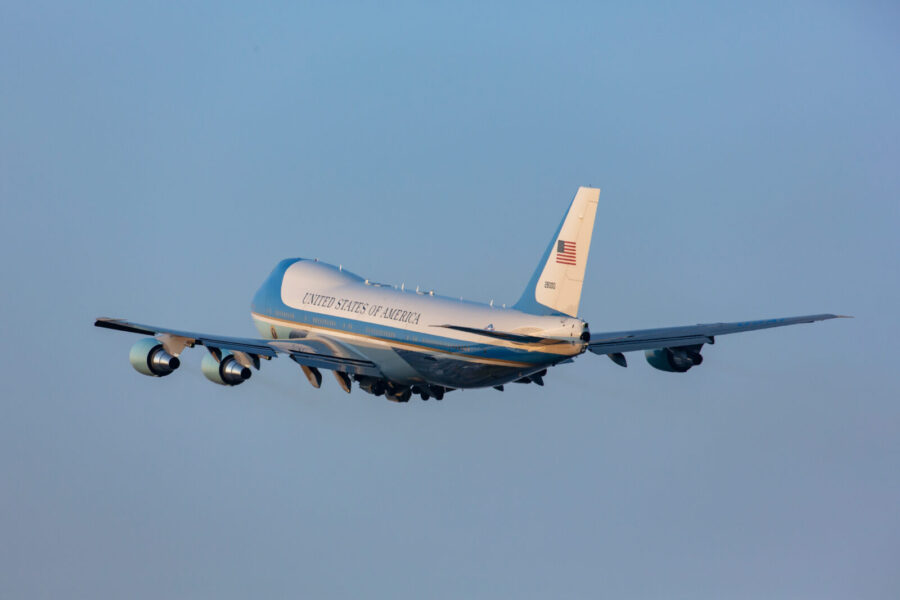 The table below depicts the complete breakdown of Air Force One pilots monthly and annual salaries and allowances:

In the above table, we see the breakdown of the monthly and annual pay of the Presidential Pilot, who is the Commander of Air Force One with 20 years of service. The Presidential Pilot earns $198,608.88 per year in base pay plus BAS, flight pay, and the State of Maryland BAH allowance* if he resides in private housing. Add a retention bonus of $35,000, and the annual income is $233.608.88.

In the above table, we see the breakdown of the monthly and annual pay of the Deputy Presidential Pilot of Air Force One with 18 years of service. The Deputy Presidential Pilot’s annual base pay is $178,567.20 per year, including BAS, flight pay, and the State of Maryland BAH allowance* if he resides in private housing. Add a retention bonus of $30,000, and the annual pay is $208,567,20.

Like all active duty USAAF personnel, Air Force One pilots operate under a military chain of command. They form a part of the Presidential Airlift Group (PAG), which operates within the 89th Airlift Wing of the USAAF Air Mobility Command. The PAG has its origins in the Presidential Pilot Office created in 1944 by Franklin D Roosevelt. It currently provides global Special Air Mission (SAM) for the Executive Branch, senior Congressmen, and combat commanders.

The 89th Airlift Wing is also responsible for recruiting and managing over 1,000 staff, including 80 active Air Force pilots and 89 flight attendants picked from divisions within the USAAF. It operates several executive jets apart from the two Boeing VC-25s. Among its fleet is a Boeing C-32 (a modified Boeing 757 commercial airliner) which primarily serves as the Vice-President’s transport aircraft and several business jets.

Air Force One pilots undergo extensive training after the selection process to attune them to the presidential Boeing VC-25’s unique avionics and defensive systems. They are also trained in evasive maneuvers.  These skills can be helpful under exceptional circumstances, as proven in an incident during President Richard Nixon’s 1974 trip to Syria. 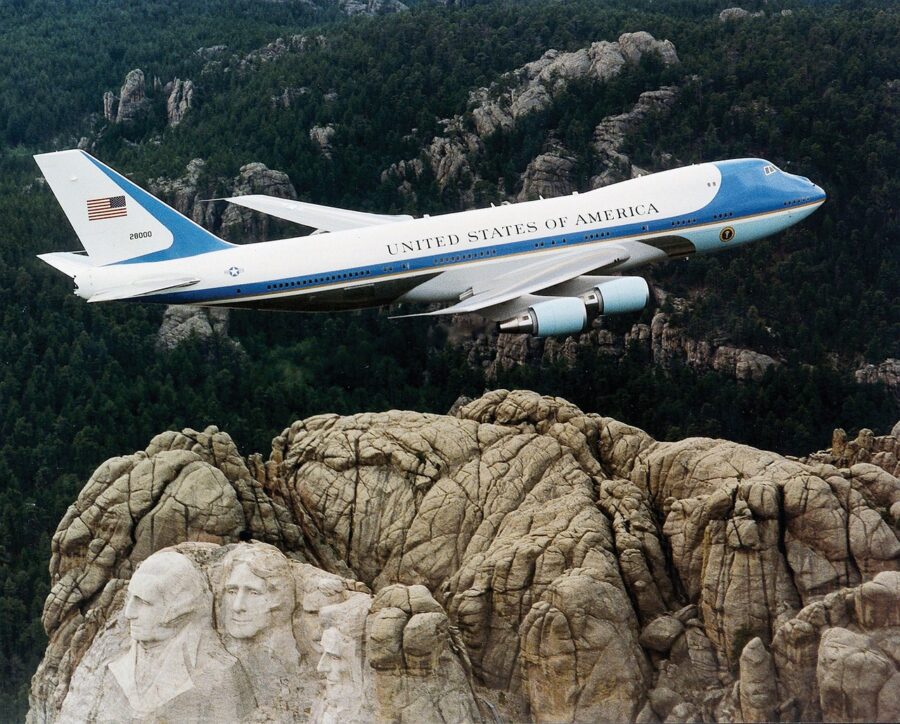 The process of becoming an Air Force One Pilot exemplifies the proverb, ‘many are called, but few are chosen.’ Although the selection process may be challenging, it should not dampen the desire of those who want to dedicate their lives in service to the president of the United States and this great country.

14 Other Exciting Aviation Jobs in 2023 Besides Being a Pilot

Looking for a Pilot Job? Here are 14 Different Types and Their Expected Salaries in 2023

To help you decide what your best choice is for this career path, we’ve compiled a list of 14 different types of pilot jobs and the salaries you can expect in 2023!