Crop dusting pilots don’t seem to get much respect these days. They do not fly to exotic destinations like commercial airline pilots, nor do they experience the rush of pure adrenaline described by military pilots when pushing their aircraft toward the speed of sound. Heck, they even lack the rugged, swashbuckling image generally associated with bush pilots.

But being a crop dusting pilot is one of the most rewarding aviation careers available for individuals who enjoy the pleasures of flying. A crop duster pilot (also called Agricultural or Ag pilot) sprays crop protection products over farmland from a specially modified agricultural aircraft. It is a cost-effective but dull and monotonous job involving days of flying accurate grid patterns spreading spraying fertilizer, pesticide, fungicides, or even water over crops. 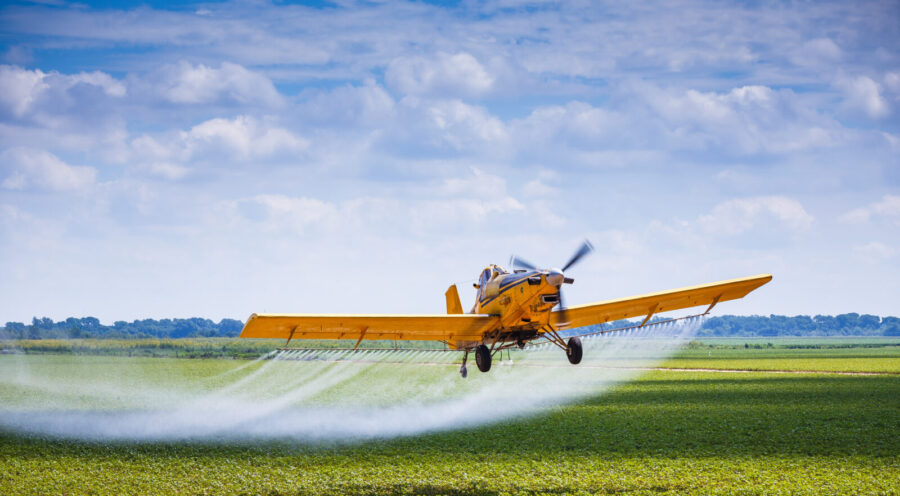 But thanks to their services, farmers worldwide can grow their crops efficiently without fear of losing them to pests or diseases. When driving through a rural town or farmlands during crop season, chances are high that you will see a crop duster pilot. According to https://www.agaviation.org/, crop duster pilots spray over one hundred and twenty-seven million acres of cropland in the United States annually. Crop dusting is a potentially dangerous job because the pilots fly at low altitudes for several hours, and a lapse in concentration or sudden mechanical issues with the aircraft may result in disastrous consequences.

Keep reading to find out more on how much money crop duster pilots make and the factors determining their pay!

How much do crop dusters make?

It might be a good idea to find out how much you can earn as a crop duster before considering a career in the field.

According to data from the Bureau of Labor and Statistics, the national average salary for a crop duster pilot is $84,510 per annum. This figure compares favorably with the average salary of other pilots in different specializations within the aviation industry.

The Bureau of Labor figures indicate a low figure of $53,330 per annum in specific locations across the country. And crop duster pilots can make up to $147,890 depending on several factors

Your qualifications and training can earn you between $20,000 and $40,000 more. Obtaining a commercial rating, tail dragger aircraft endorsement, and agricultural aviation training (aerial application and safe pesticide dispersal) in addition to your private pilot license will advance your earnings.

Your salary as a crop duster depends on the area you live in and where you work. Demand for crop dusting is higher in agricultural states with large farmlands than in states with minimal agrarian activity.

Demand for crop duster pilots is at an all-time high, pushing the salaries of pilots up, according to the Federal Aviation  Authority (FAA). Data between 2003 and 2007 shows a twenty-nine percent growth in the number of hours flown by crop dusters within the United States. Indeed, there is no better time to register for that crop dusting pilot program.

Crop duster pilots working as independent contractors earn higher salaries than fixed-contract pilots because they can shop around for better contracts. They also enjoy the benefits of the flexibility that comes with being an independent contractor by taking on additional piloting tasks like flying water-dropping aircraft during bushfires. 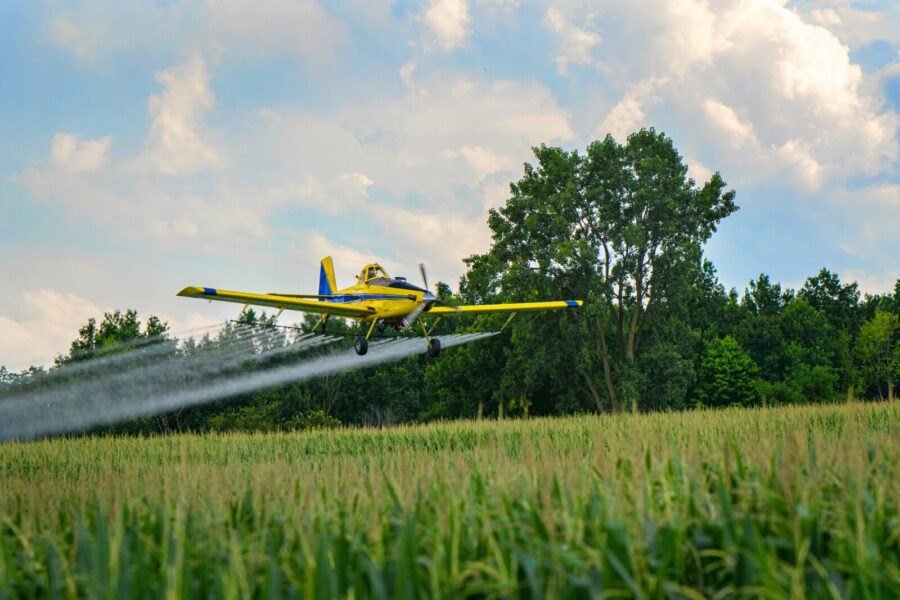 How much money do crop duster pilots make per hour?

A professional crop dusting pilot in the United States can earn between $45 to $100 per hour, depending on his skills, experience, and year’s season. According to www.Ziprecruiter.com, the average crop duster pilot earns $34.23 per hour to earn around $71,203 per annum.

How do I become a crop duster pilot?

Your path to a crop dusting career depends on your location and your industry knowledge. However, having a pilot license is essential. Most agricultural pilots work as loaders or in ground support roles mixing chemicals and airplane fuelling while working on their commercial pilot and agricultural license until the right opportunity opens.

Individuals with a private pilot’s license have an advantage because they already have flying skills. However, crop dusting is an aviation specialization involving exact flying skills. For example, crop duster pilots must perform hours-long low-altitude flights flying million-dollar agricultural planes over different terrain while maintaining the ideal altitude and course required for optimum chemical dispersal.

Below is a list of what you need to do before becoming a crop duster pilot:

How much does it cost to train as a cost duster pilot?

Agricultural pilots’ training costs are expensive, but the upside is that demand for their skills is at its highest in years. Average training costs for a private pilot certificate, instrument rating, and commercial pilot certificate with ag training range from $50,000 to $70,000, according to AOPA. However, it is an investment that pays off several times over if the current job market conditions prevail.

Duties of a crop duster pilot?

Crop duster pilots perform specific roles outlined in their contracts beyond simply spraying crops and fields with chemicals from low-flying flying agricultural aircraft. www.GeneralAviationNews.com estimates that crop dusters spend only twenty percent of their time spraying crops and the remainder on other job-related tasks. Some extra tasks you will perform as a crop duster may influence your remuneration.

Below are a few of the duties of a crop duster pilot: 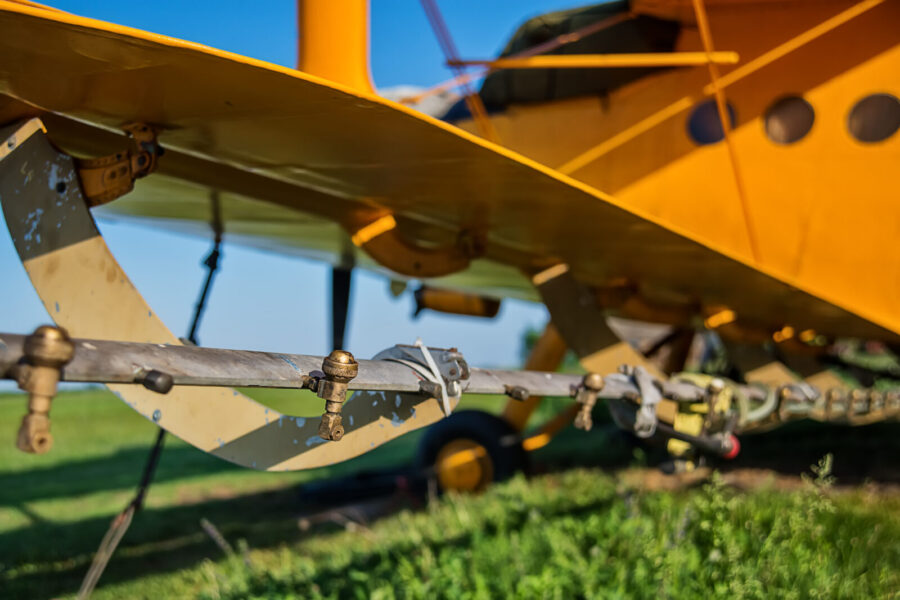 What to expect as a crop duster pilot?

A career as an aerial applicator or crop duster is unlike most aviation jobs. It is a career offering exciting adventures and challenges that make a living as a crop dusting pilot a genuinely life-changing experience.

Here are the things to expect:

Ag Pilot/Crop Duster "Day in the life of"

Every job has its potential hazards, and so does crop dusting. Flying an aircraft with a plane load of chemicals is dangerous in itself. But operating the same aircraft at an altitude of between 10-20 feet increases the possibility of hitting buildings, trees, powerlines, and cell phone masts.

Although, intensive pilot training and GPS technology have mitigated some risks. Crop dusting is one of the most hazardous pilot jobs and is partly responsible for the high salary offered for crop dusting pilot positions.

The image of the grumpy and drunken ‘ole boy’ crop duster flying in a vintage airplane comes to mind when people think about crop dusters. This was probably reinforced in the public consciousness by the Russell Case character played by Randy Quaid in the movie ‘Independence Day,’ But that perception is changing as the demand for qualified crop dusters who can keep up with changes in food production science. Todays’s crop dusters are a different breed. They are highly trained, educated, and capable of performing their duties as efficiently as any pilot in aviation. And yes, they are also well-paid too.

Air Force One, the presidential plane of the United States, is probably the most famous and secure aircraft...

14 Other Exciting Aviation Jobs in 2022 Besides Being a Pilot

Looking for a Pilot Job? Here are 14 Different Types and Their Expected Salaries in 2022

To help you decide what your best choice is for this career path, we’ve compiled a list of 14 different types of pilot jobs and the salaries you can expect in 2022!