Road to the Right Seat 38 – A New Beginning

Never would I have imagined to find an airline job this fast. It was the first and most important step, but in the end it was just the beginning of a new adventure.

The first day
One month after the amazing phonecall it was time for something new. My very first day at ASL! Together with my two new colleagues I was welcomed to the company. It would surely become an interesting day with a lot of new information and we would meet plenty of new people.

I already knew my two colleagues for a while actually. One of them was also a CAE student from Promotion 36 and the other one was a Flight Instructor in the USA, also for CAE. The best coincidence of it all: these two guys used to fly together as instructor and student!

During the introduction day we learned more about the company structure, their various occupations and we also received our planning for the upcoming month. Later on we also received our EFB (Electronic Flight Bag), headset, golden stripes and a few other small, but nice things! 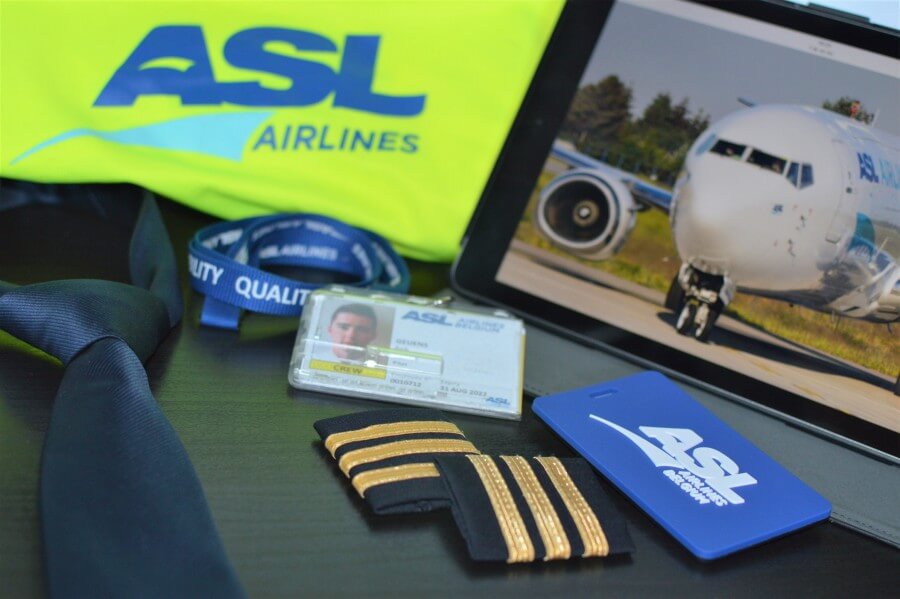 I have to admit that from the second I walked in I already felt comfortable at the company. Everyone welcomed us with a smile on their face, the atmosphere was great and we were really put at ease. Now we could start focusing on our next challenge: the Type Rating!

Type Rating
During my flight training I received two important licenses. In the USA I obtained the Commercial Pilot License and the Instrument Rating in the UK. Later on I also received an MCC (Multi Crew Co-operation) certificate which is also essential nowadays.

But even with all these licenses and certificates you can’t just hop into a cockpit of a jet and fly away. In order to do that you first have to complete a Type Rating course.

The Type Rating is a special training in which you will learn all about one specific airplane. In my specific case it will concern the Boeing 737. The whole process will take roughly three months and exists of both a theoretical and a practical part.

Does this mean you need a Type Rating for every airplane? No, luckily that’s not necessary! For most propellor driven aircraft weighing less than 5.700 kilograms you shouldn’t need one.

When I complete my training I will be able to fly with all Boeing 737’s going from the -300 up to the -900 series. Due to the fact we fly on the 737 Classic at ASL, I will still have to complete a short training in order to fly with the Next Generation airplanes. One of the reasons for this requirement is the difference in cockpit layout.

Studying once again
After our introduction days the theoretical phase began. I’ve never been very good at theory so I knew that it would become a tough period for me.

In the weeks which followed we learned a lot of new things. The general aspects of the airplane, the electrical and hydraulic systems, operating limits, the autopilot and so on! Everything was discussed in detail during the Computer Based Training (CBT).

Luckily we weren’t just staring at our screens for hours at a time. We always had an instructor available in case we had any question which did help to better understand everything. Simply by talking about the theory I was able to quickly understand most of the subjects.

Throughout the theoretical phase we also began practicing in the mock-up simulator. You can see it as a cardboard cockpit with pictures on it which is used as a procedure trainer. At this stage of the training it is useless to rent an expensive simulator so the mock-up will do just fine! 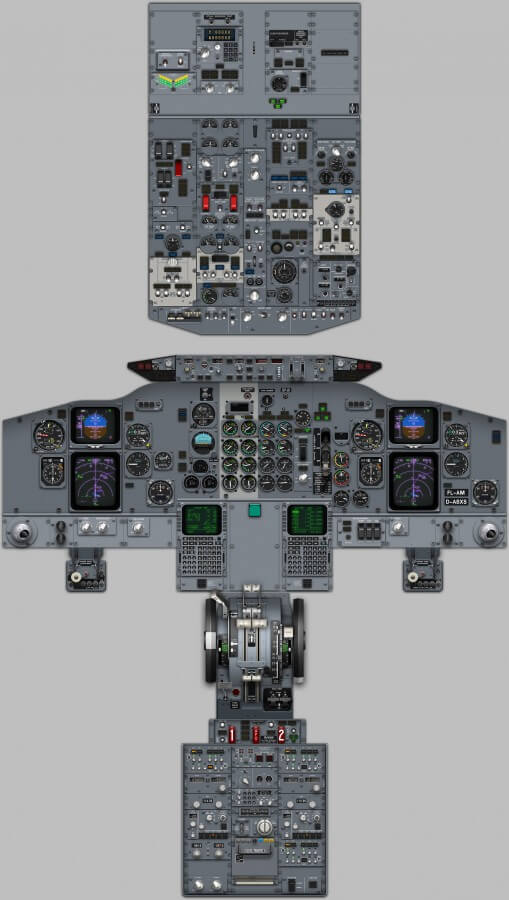 After having studied all the subjects it was time for another exam. Both the written and the oral exam went well meaning it was time for yet another chapter: the simulator! Let’s learn how to fly with a Boeing 737.

The first phase of the Type Rating was quite tough in my opinion. We learned all about the 737’s systems, studied the procedures and slowly but surely we started to feel part of our new company.

Thank you for reading the new blogpost! Next week I’ll tell you all about the simulator training. See you then!

Road to the Right Seat 37 - My First Job