A flight computer is an indispensable tool for every student pilot. But which one to get? Should you buy an electronic one, or just an analog rotating E6B computer?

Read on to find out the best flight computers for student pilots! 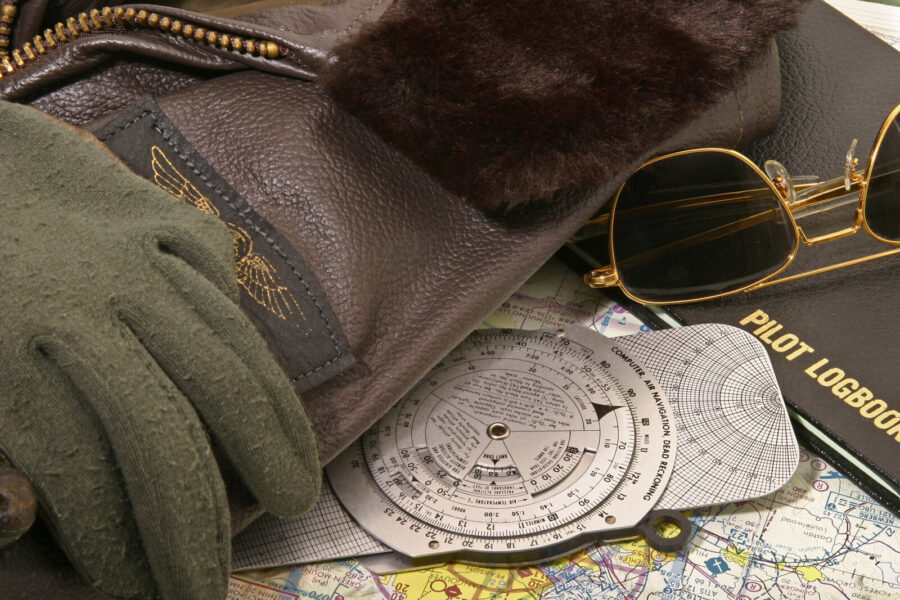 In a Hurry? See Our Top Picks

Just click on any image below to see price, ratings and reviews on Amazon.

Now, let’s dive into some of the best flight computers for (student) pilots.

If you’re interested in learning what to look for when buying a (new) flight computer, make sure to read our buying guide below!

Next, let’s look at some of the best flight computers, both analog and digital ones.

This is the flight computer I personally used during my flight training.

It’s easy to use and read, has a clear instruction booklet and comes with a handy case to store it in your flight bag.

The E6B Metal Flight Computer is a great tool to use during flight planning, flight training or studying, and may be used during FAA written knowledge exams.

This is the color version of the above-mentioned ASA E6B flight computer. Enhanced with color allows for even easier readability. It includes a vinyl case and instruction booklet as well.

Buy now on Amazon
If you click this link and make a purchase, we may earn a commission at no additional cost to you.
Last update: 2 hours ago

If you’re looking for a more compact flight computer, this E6B circular flight computer might be a good option. Compact and lightweight at just 6″ (diameter) and 0.7 lbs, this colorful whiz wheel will serve you well in even the tightest of cockpit configurations.

This flight computer is also approved for use on FAA knowledge tests.

Looking for a light-weight version? Then you should check out ASA’s paper version of its popular E6B Flight Computer.

Made from solid, heavyweight fiberboard, an economical version of the aluminum model described above including all its problem-solving features.

The Best Flight Bags to Organize Your Pilot Gear 2022

This guide will help you decide which kind of flight back you need, whether you're a student pilot, private pilot or professional pilot. 2022 top choices!

Contrary to what the above-mentioned list may suggest, ASA is not the only brand that makes flight computers.

This Jeppesen student flight computer offers all the same functions, it conforms to the instructions and examples in Jeppesen manuals, workbooks and audiovisual programs.

Buy now on Amazon
If you click this link and make a purchase, we may earn a commission at no additional cost to you.
-%
Last update: 3 hours ago

The CX-3 Flight Computer makes flight planning simple by taking confusion out of the equation. Fast, versatile and easy to use, the CX-3 delivers accurate results quickly and efficiently.

Besides the functions mentioned below, it features a protective cover, Night and Day views, control of the brightness of the screen, illuminated buttons, a Favorite feature and Aircraft profiles.

It can be used on all FAA and Canadian pilot, mechanic, and dispatcher knowledge exams.

A second electronic flight computer that’s a great options is the Sporty’s Electronic E6Bs. Its pilot-friendly design makes quick work of any navigational, weight and balance, or fuel problem, and it also performs conventional arithmetic calculations.

The Sporty’s Electronic E6B Flight computer is approved for use on all FAA Tests.

What is a Flight Computer?

“A flight computer is a form of circular slide rule used in aviation and one of a very few analog computers in widespread use in the 21st century.” – Wikipedia

Flight computers are also often called by their model names, such as E6B (most popular), CR or CRP-5. They are mostly used in flight training, but many pilots still carry and use flight computers. As with anything, analog tools are often being replaced with electronic versions, although it’s quite remarkable an analog rotating ‘computer’ is still being so widely used in 2019. 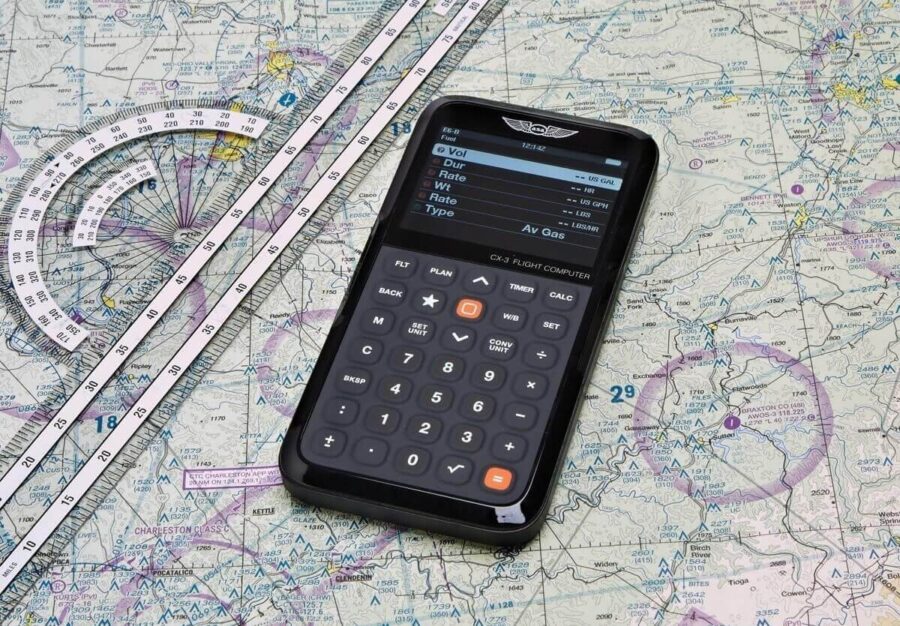 Things to Consider when Buying a Flight Computer

Basically, there exist two main versions of a flight computer. You can either buy the standard analog often circular slide rule that’s practically being used for as long as aviation exists, or you can opt for the more modern electronic version.

Most flight schools will include the analog one, as you are expected to know how to use it (even in 2022!). Of course, you are free to use the electronic version as well, which allows for easier and faster calculations.

Important to note is that electronic flight computers can be used on FAA exams but pilots are still expected to know how to use the analog version. 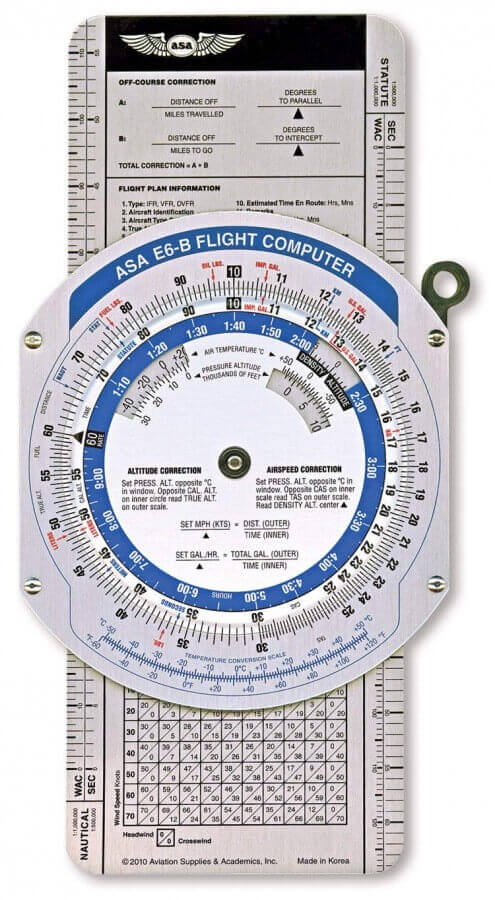 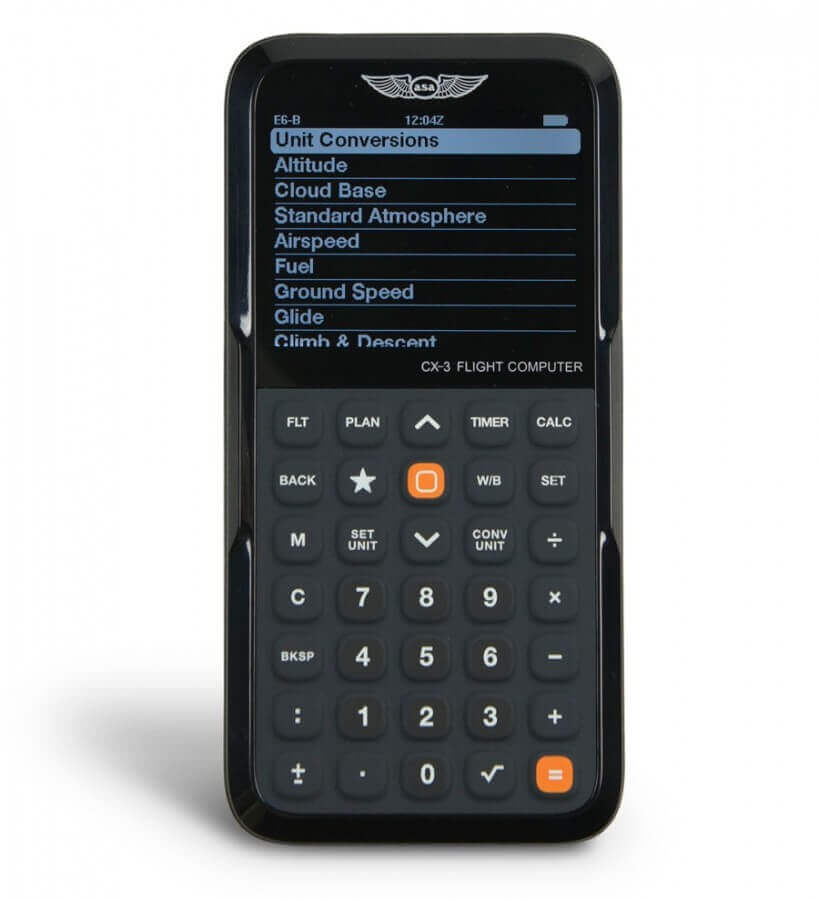 Luckily, all flight computers come with some sort of quick start guide and manual to explain every function and calculation.

The Best Shoes for Commercial Pilots in 2022

A pilot's uniform is not complete without a good pair of shoes. Here's our list of the best shoes for pilots in 2022!