Road to the Right Seat 26 – Oxford

Jan 19, 2016 – The newest chapter in my adventure to the right seat has begun! In the next three months, I will stay in Oxford, where I finally get the Instrument Rating, after which I return to Belgium for the MCC / JOC, the last part of the training.

After spending four months in the US, I was very happy to be home again. I was in Belgium for six whole weeks. Many students from the previous class received only one or two weeks off and some even only a few days. So I was pretty lucky that I have been able to spend so much time with friends and family.

In one of the previous posts, I already mentioned the Instrument Rating continues in Oxford and thus not in Antwerp as planned. The school wants to consolidate all flying activities in Europe, Oxford is therefore the perfect location for it. A logical choice when you think about all the benefits.

Maintenance can be done in the school hangers, the fleet is similar to the one in Phoenix and there are a lot of additional instructors. The infrastructure is simply better than in Antwerp and there is a much larger fleet. The only thing that can slow down our training now is the weather.

It is a big adaptation, both for the school and for the students. 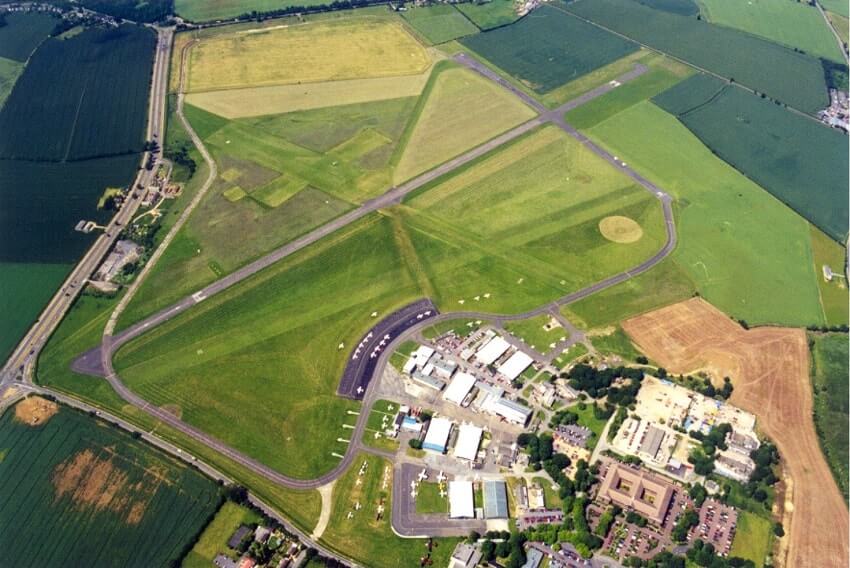 If the IR training was done in Antwerpen, I would be driving to the airport every time I had to fly. Now that we are in Oxford, that’s not an option and we will need some sort of accommodation. The school was happy to arrange it for us so we didn’t have to worry about it.

We are currently staying in a hotel about ten minutes from the airport. As it is a hotel, there is no kitchen which means there is no possibility of cooking ourselves. I kind of dislike that because we used to cook almost daily in Brussels and Arizona, which was good and saved us a lot of money! The internet connection in the hotel is also pretty weak which isn’ very good when you want to do a Skype call with friends and family at home.

Fortunately, this time we are not that far away and there are a lot of transport possibilities to return to Belgium occasionally. For example, I traveled back and forth for less than €80. Quite different from airline tickets to the USA!

The sudden change in our course has obviously resulted in some commotion, but we are making the best of the whole situation. For our education as a whole, anyway, it is a step forward.

The gray stripes we wore for a year are past times. During a ceremony at school, we received our golden epaulets and a certificate for the successful completion of our Commercial Pilot License. We will not get our wings until the end of our education in Belgium. We’ll have to be patient! 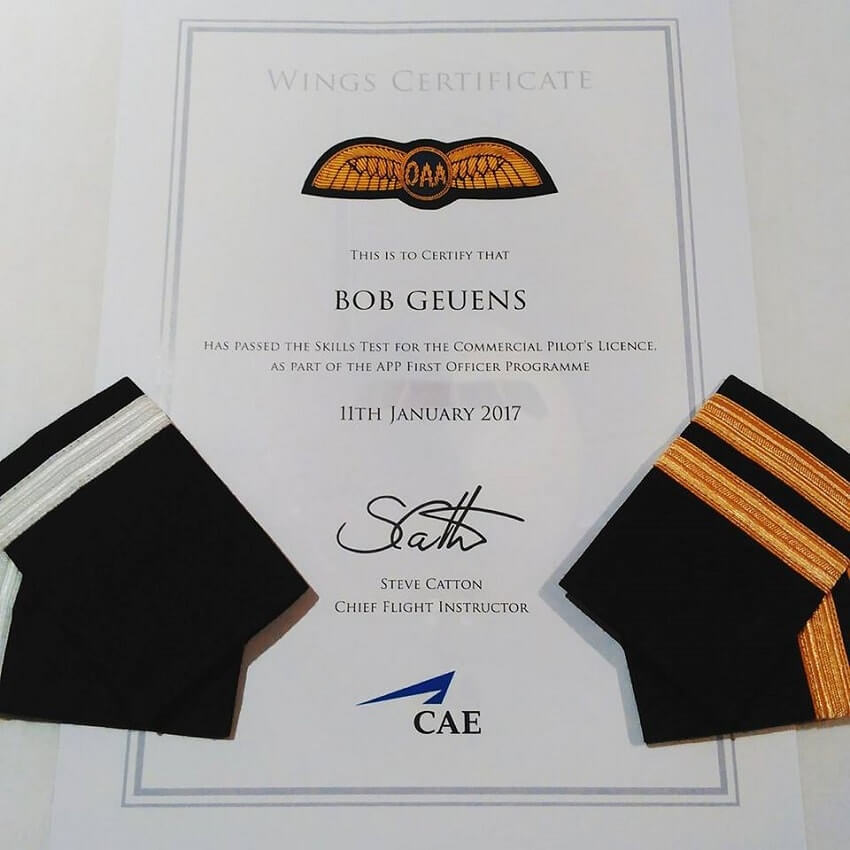 More photos of the ceremony are coming soon!

The day after we arrived, we started the FOF (First Officer Fundamentals) course. We learned more about a pilot’s profile, what the airlines expect from us and what we should pay attention to in the interviews.

It was an interactive course where we told our own stories and learned from each other’s errors. There were also some group assignments that taught us a lot. For example, we were assigned an emergency situation, after which we had to discuss in a group how we would handle the situation. A very interesting and educational assignment.

We also discussed the importance of body language and, for example, how to use hand gestures during a conversation. How do you give someone a proper handshake and what’s the best way to get seated at an interview? Those are all little details that can make a big difference. It’s the little things that matter!

The open house day is coming! On January 21, the Oxford aviation academy will open its doors to all future students and I will be there to help. I will assist in the simulator and will give information to future pilots with the planes in the hangar. You’ll read more about it soon!

Road to the Right Seat 25 - Arizona