A pilot flies an airplane and may be called a captain, the designation assigned to a certified solo airplane pilot or the most senior pilot on a multi-crew aircraft. The captain sits on the left side seat in the cockpit during flight and typically assumes the pilot in command role regardless of who is actually handling the flight controls.

The pilot in command or PIC role is significant because whoever assumes PIC duties has full legal responsibility for the flight operations, including the aircraft and passenger safety. Sometimes, who gets to be the PIC is not as straightforward as we think because of the exceptions we shall highlight later in the article. 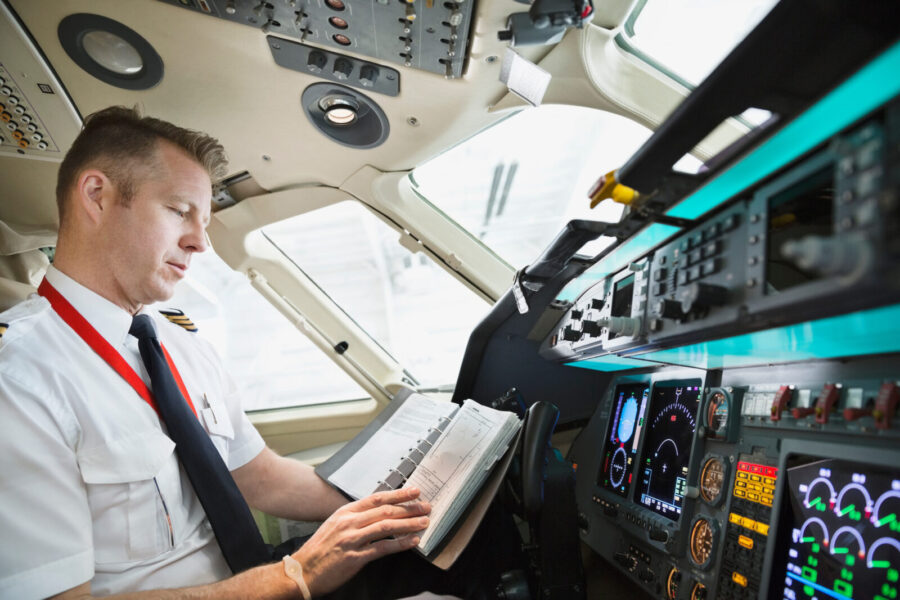 What is a Pilot in Command?

There is no global standard legal definition of PIC because of the varying aviation rules per country. The general definition of a pilot in command is the  However, the International Civil Aviation Organization defines a PIC as the pilot responsible for an aircraft’s flight operations and safety during flight time.

The definition of a pilot in command of an aircraft under the U.S. CFR Title 14, Part 1, Section 1.1 is the individual who:

The individual is typically designated pilot in command before or during flight time. Flight time or pilot time, according to the FAA, is the period when “an aircraft moves under its own power for the purpose of flight and ends when the aircraft comes to rest after landing.” Flight or pilot time also includes taxiing to and from the runway before take-off and after landing.

Requirements for Pilot In Command

Requirements for the pilot in command vary under Federal Aviation Regulations FAR. Still, all private, commercial, and airline transport pilots are expected to possess a valid medical certificate, including all the current ratings, proficiency, and experience for the particular aircraft type and flight conditions they intend to log PIC time. Sports pilots have an exception that substitutes the FAA medical certificate for a valid driver’s license.

General experience required for a pilot in command of a passenger or multi-crew aircraft under FAR 61.57 includes:

Additionally, the requirements for becoming a pilot in command for an aircraft on any given flight depend on what parts of the FAR the pilot is flying under. 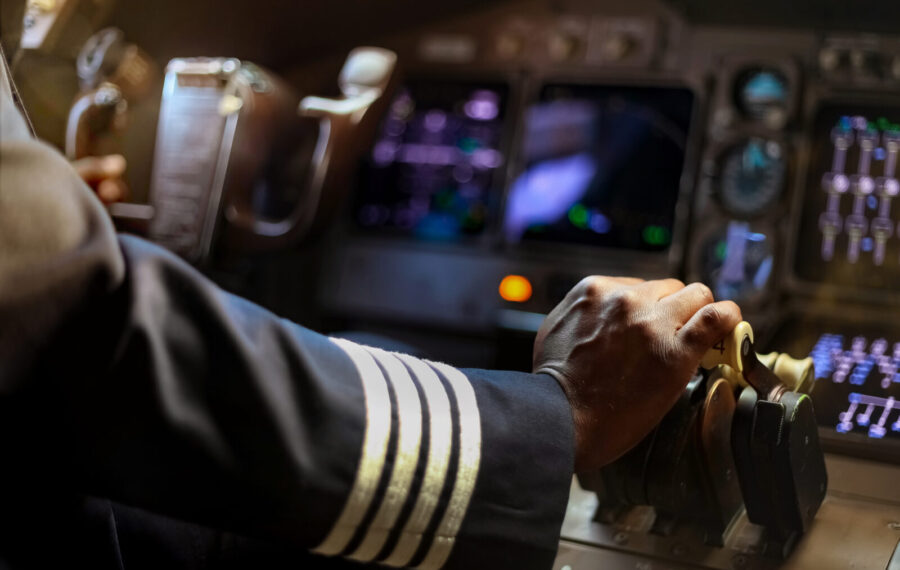 Part 91 of the FAR, which deals with general aviation operations, allows all licensed pilots to serve as the PIC, including controlling flight operations of an aircraft that requires more than one pilot flight crew member or is turbojet-powered.

Additionally, pilots are required to have fulfilled the following requirements:

Pilots operating under FAR 121 operations must have the following requirements before they can act as pilots in command of a flag or supplemental aircraft flight operations requiring three or more pilots:

The requirements for serving as a pilot in command for Part 135 operations are in two categories;

Responsibilities of a Pilot In Command

We have stated earlier in the article that the pilot in command of an aircraft bears the full legal responsibility for flight operations, including passenger and aircraft safety.

The “responsibility and authority” of the pilot in command of an aircraft is clearly defined under the U.S. FAA FAR 91.3 as:

U.S. FAA FAR 121.533(e) provides additional control and authority to the captain in command over the aircraft flight operations and crew member’s duties during flight time.

The International Civil Aviation Authority Annex 2, “Rules of the Air under par. “2.3.1 Responsibility of pilot-in-command”, and Annex 2, par. “2.4 Authority of pilot-in-command of an aircraft” takes the responsibilities of the pilot in command a step further by providing the authority and discretion to deviate from legally defined “Rules of the Air” in the interests of safety in an emergency during flight operations. It provides the captain in command with similar responsibilities and authority enjoyed by ship captains at sea. 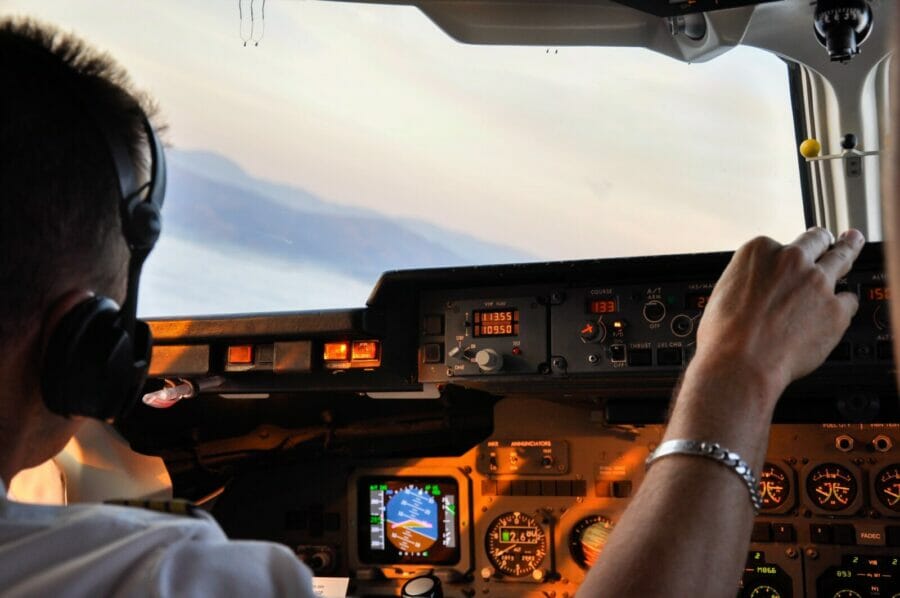 A pilot generally logs PIC time during a given flight where other crew members do not have the authority to log their flight time as PIC time. However, when a pilot can PIC time depends on the peculiarities of a particular flight.

You can log PIC time as a pilot during solo flights if you have the correct aircraft ratings because you are responsible for the aircraft safety and operations and are the sole manipulator of the aircraft flight controls.

Any ATP-certified airline transport pilot can log PIC time when solely manipulating the flight controls or acting as a PIC during flight operations requiring pilots with an ATP certificate.

The captain on a multi-crew civil aviation flight can log PIC time during the flight regardless of who is manipulating the flight controls.

Can more than one pilot log PIC time on a single flight?

Understanding that the pilot in command of an aircraft operation is not the same as logging PIC time is essential. Only one pilot can have full authority over an aircraft’s flight operations, but more than one person can log PIC time on a single flight. PIC time refers to the time spent manipulating an aircraft controls, and the FAA allows the practice of multiple pilots logging PIC time for the following reasons:

Can flight instructors be the pilot in command?

In a flight training scenario, the certified flight instructor CFI acts as the pilot in command during flight operations and logs PIC time regardless of who manipulates the aircraft controls during the flight. Aviation rules state that the CFI must act as the pilot in command during the flight duration and must bear the ultimate authority and responsibility for the flight operations and safety. 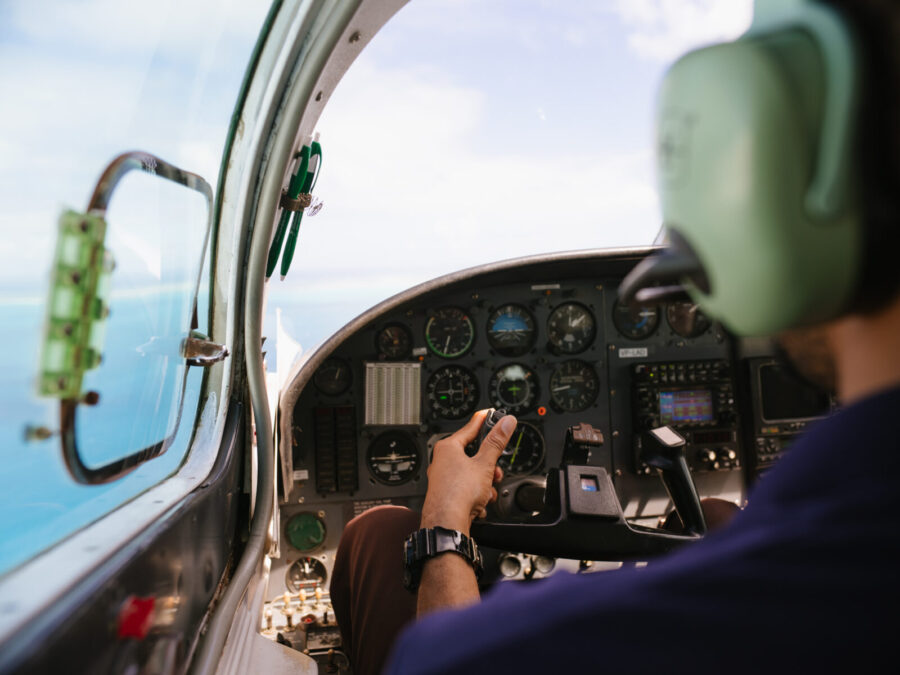 Can a student pilot act as a pilot in command?

FAR 61 clearly describes the circumstances when a student pilot may log time as a “student pilot in command” SPIC, which can be allocated towards the flight hours required for issuing a commercial pilot license CPL. Accordingly, the time you log as a “pilot in command under supervision,” PICUS can be used as part of the hour requirements towards issuing your ATPL certificate.

Being a pilot in command is more than just being a top boss on airplane flight operations, and it is a job that comes with significant responsibilities. Thus, the position is permanently assigned to the most skilled and experienced onboard pilot. A command pilot must have up-to-date knowledge of aircraft systems and ground operations and be ready to proffer solutions to problems involving both. They also work with government and airline investigators whenever there is a mishap to determine its cause. They may face severe criminal and civil liabilities involving jail time or loss of their pilot license.

An airplane flap is a high-lift device designed to get a fixed-wing aircraft airborne and maintain altitude. Flaps...

Aircraft wings are airfoils that generate lift by moving air over them, allowing a plane to get airborne...