How long is an aircraft carrier? The answer to the question depends on the carrier class, classification, and type of aircraft type. An aircraft carrier is the supreme war platform of any nation and the crown jewel of a Navy’s arsenal. You really can not comprehend the massive size of an aircraft carrier until you see one in person. Those mega-behemoths are akin to floating cities with several thousands of individuals working and living in them for several months. 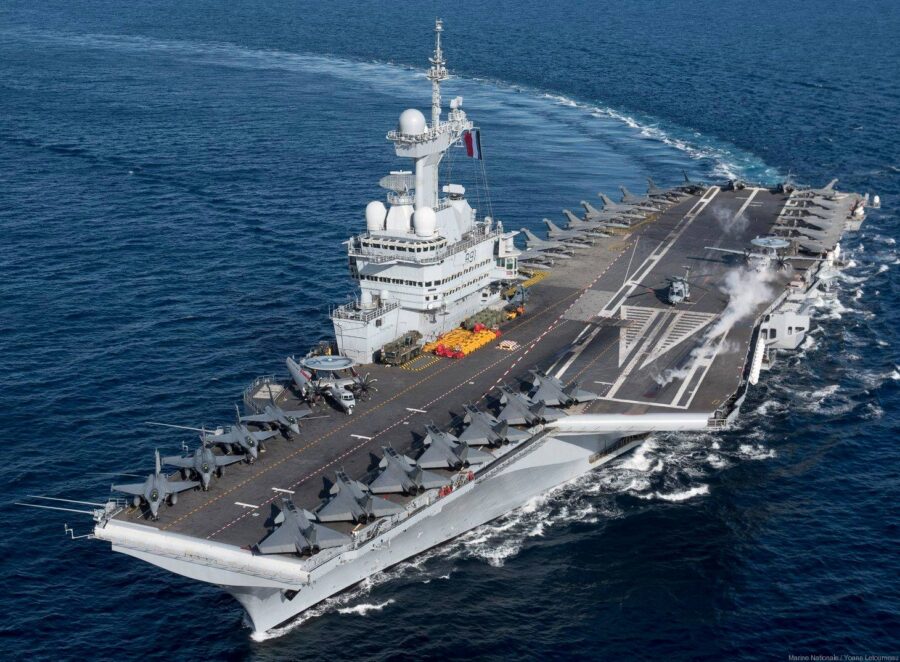 We will reveal the length of an aircraft carrier by class, classification, and country. Our list will consist only of the longest active service aircraft carriers. This might displease some readers who feel we unjustly exclude their favorite aircraft carrier. However, we believe it is essential to keep feeding our readers the most relevant information possible, so we exclude mothballed aircraft carriers of significant length.

How long is an aircraft carrier?

An aircraft carrier is a sea-going airbase for military aircraft operations. Thus, there is a need for enough runway space to allow airplanes to take off and land. Early aircraft carriers like the HMS Argus (172.2 m/565 ft long), the USS Langley (165.2 m/542 ft), and the Japanese carrier Hōshō (168.25 m/552 ft long) are considered diminutive by today’s aircraft carrier standards.

By the Second World War, aircraft carriers’ lengths grew to over 200 meters to accommodate more powerful fighter jets with higher landing speeds. The average overall length of a modern aircraft carrier ranges from over 200m to 300 m (656 ft – over 984 ft), with supercarriers like the USS Gerald R. Ford exceeding 330 m (1,082 ft).

What is the world’s longest aircraft carrier?

At 333 m (1,092 ft), the USS Gerald R. Ford (CVN-78) has the honor of being the longest aircraft carrier in the world. The supercarrier is the world’s most advanced aircraft carrier, and the lead ship of Ford Class aircraft carriers was designed to replace the current Nimitz carrier class. Commissioned in July 2017, the aircraft carrier has a 4.5-acre flight deck with parking space for over sixty aircraft. It has 25 decks and an Electromagnetic Aircraft Launch System (EMALS) for aircraft launches. Propulsion and electric power come from two A1B nuclear reactors, each producing 350,000 shaft horsepower (260 MW) and 125 megawatts (168,000) of electricity.

What is the world’s shortest aircraft carrier?

How long is an aircraft carrier in each country? 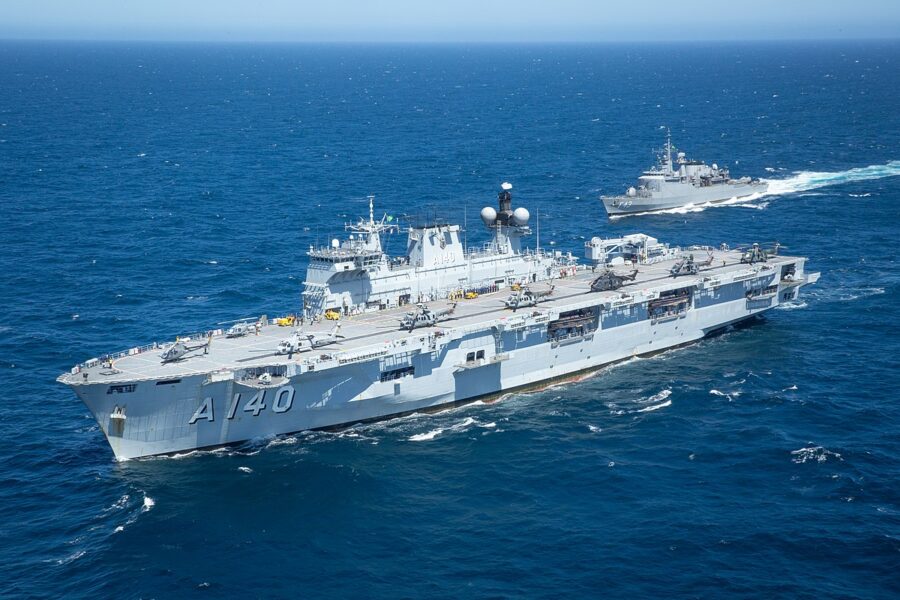 The NAM Atlântico (A140) navy vessel is a Brazillian aircraft carrier and the country’s flagship. At 203.4 m (667 ft), the Atlântico is one of the longest aircraft carriers in the world. The Ocean Class vessel was commissioned in 1998 as the HMS Ocean, a Royal Navy British warship. But it was sold to the Brazilian Navy for £80.3 million ($105.8 million) after its decommissioning from the Royal Navy in 2018. 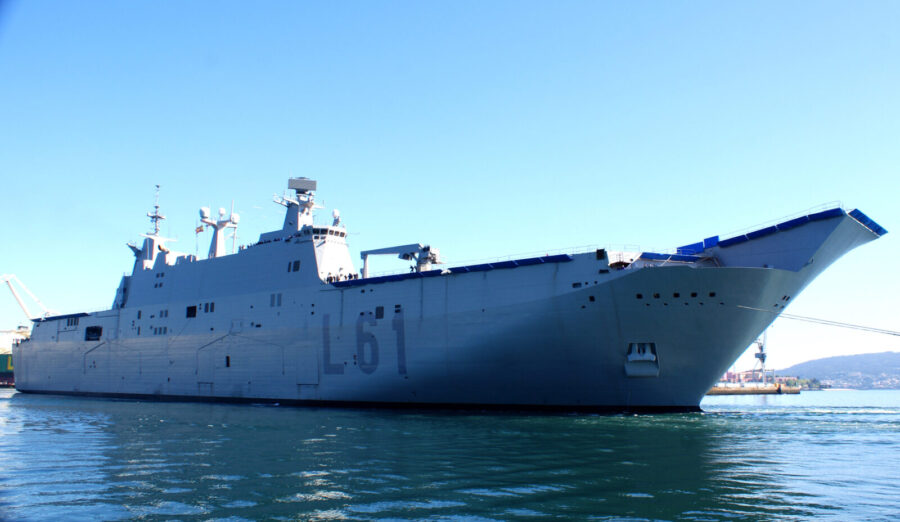 Designed as one of the world’s most advanced amphibious assault ship-aircraft carriers, the Juan Carlos 1 is a carrier-based aviation platform with a ski jump for STOVL aircraft landings. Currently in service with the Spanish Navy (Armada Española), the 231 m (758 ft) long Juan Carlos 1 can deploy AV-8B Harrier II attack aircraft and the Lockheed Martin F-35B Lightning II fighter jet from its 12O ski ramp. It uses a diesel-electric propulsion system consisting of 2 x General Electric 1,975 MW gas turbines delivering power to a pair of azimuthal pods. 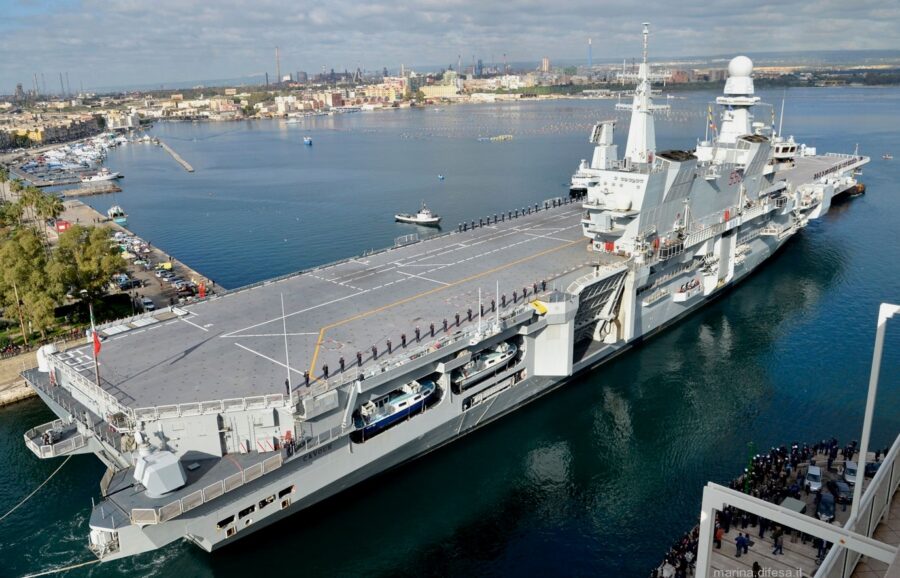 The Cavour is a light aircraft carrier measuring 244 m (801 ft), and the Italian Navy’s flagship vessel. It can deploy fixed-wing V/STOL aircraft on its 180 x 14 meters runway, including Harrier fighter jets and Lockheed Martin F-35B Lightning IIs.  Additionally, the Cavour operates as a loading platform for helicopter air operations. 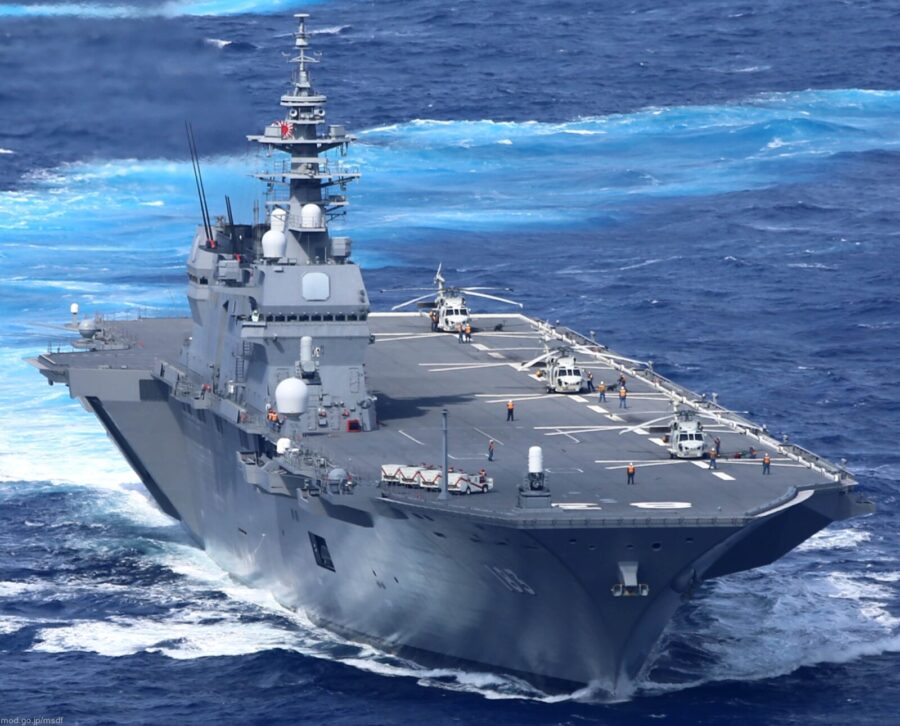 JS Kaga (DDH-184) is a ship of the Izuma class currently converting into an aircraft carrier. Originally commissioned as a multi-purpose operation destroyer, the 248m (814 ft) ship is marginally longer than the World War II aircraft carrier Kaga.

The French aircraft carrier Charles de Gaulle is the largest warship commissioned in Europe since the launching of the HMS Ark Royal in 1950. It is the only European nuclear-powered surface vessel and, at 262 m (860 ft) long, one of the world’s longest aircraft carriers. The Charles de Gaulle operates an assortment of fighter jets launched from its expansive flight deck by two 75 m C13-3 steam catapults in the bow and across the front landing area. 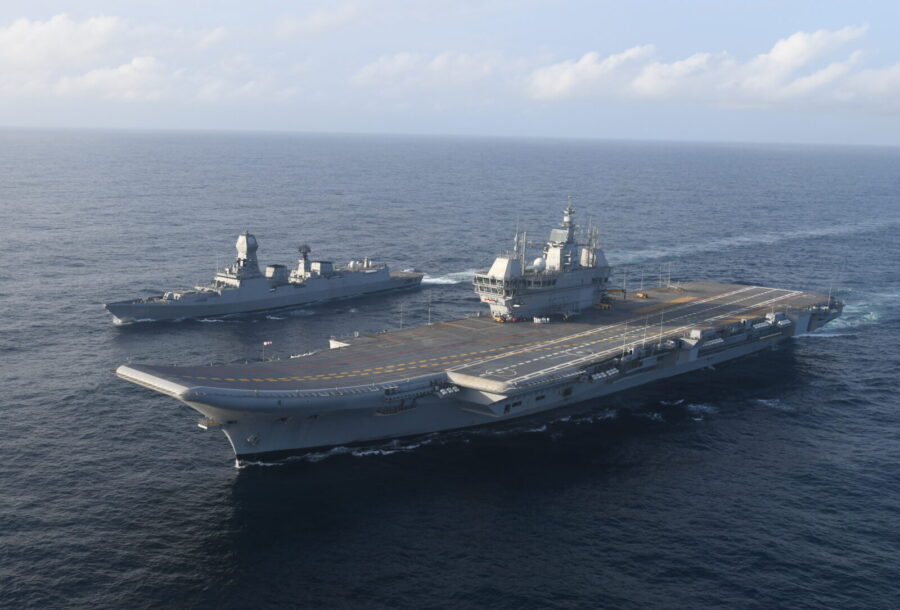 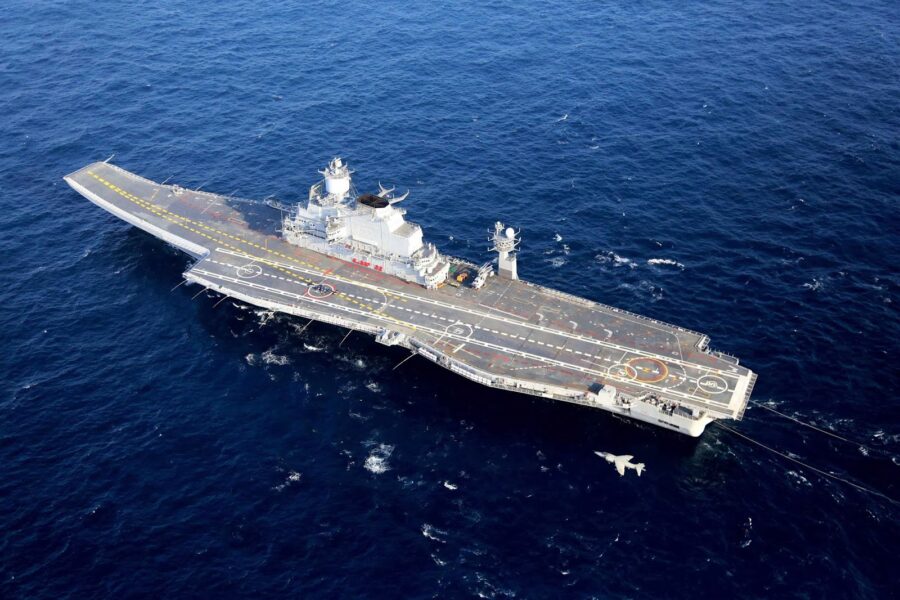 The INS Vikramaditya is India’s longest aircraft carrier and was a modified Kiev-class carrier named Admiral Gorshkov previously in service with the Russian Navy. After its decommissioning in 1996, the Indian government expressed interest in the ship and acquired it for $2.35 billion. The INS Vikramaditya is a STOBAR-type carrier capable of operating fixed-wing and rotary aircraft. 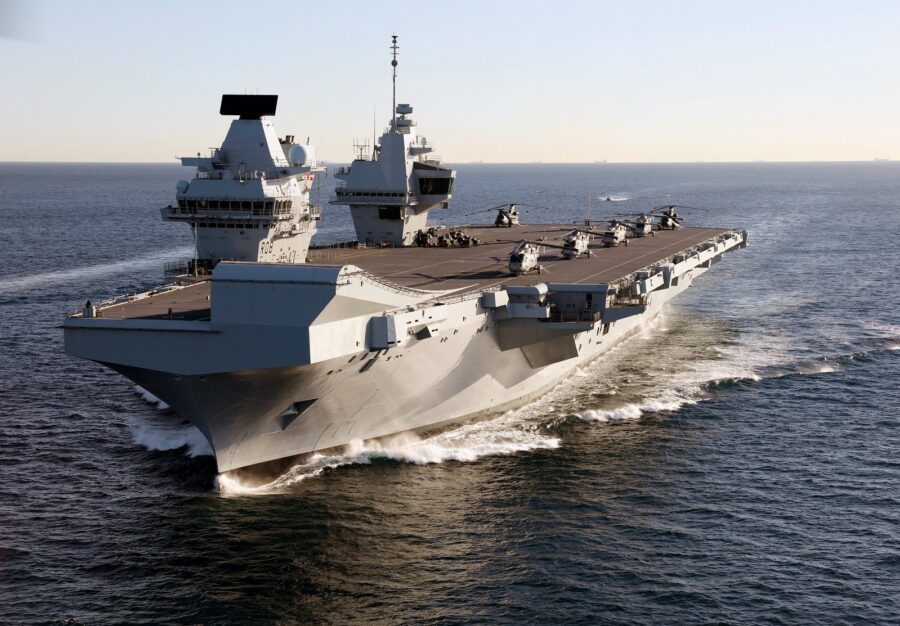 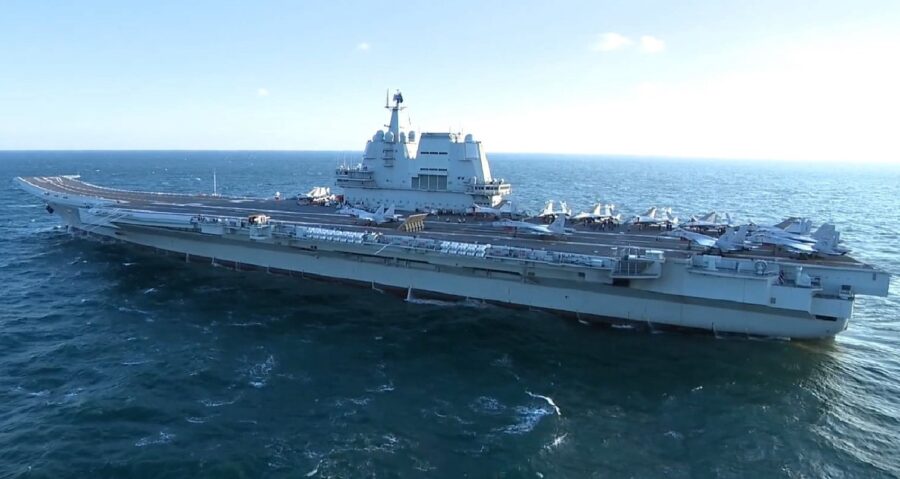 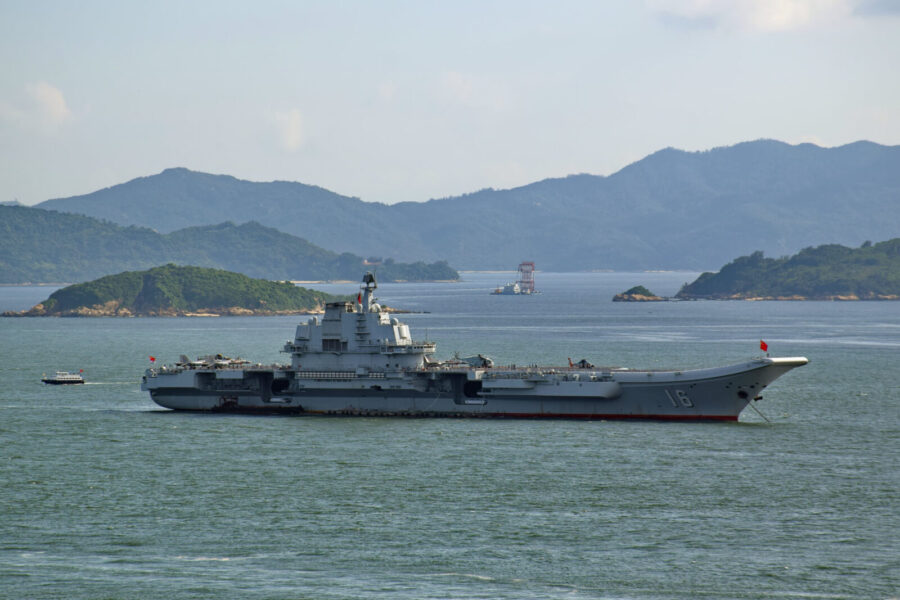 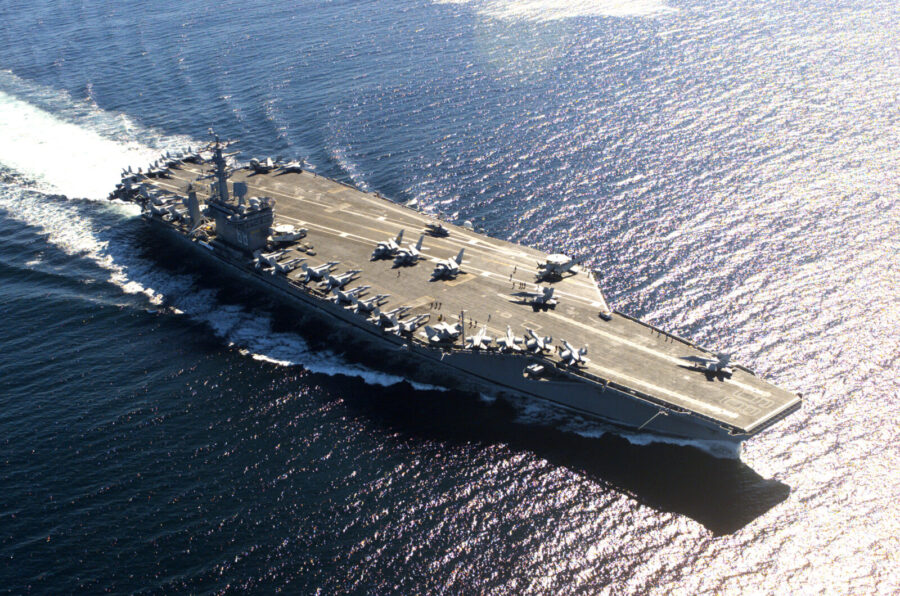 United State Navy’s Nimitz class comprises ten aircraft carriers measuring 333 m from bow to stern. The class bears the name of the lead-ship USS Nimitz, which was commissioned in 1975. All Nimitz-class ships held the record as the longest aircraft in active service until the USS Gerald R. Ford joined the fleet in 2017. All Nimitz-class ships have nuclear propulsion consisting of two A4W pressurized water reactors producing 260,000 shp (190 MW). The nuclear reactors give the ships twenty years of operating range and have a service life of more than fifty years. 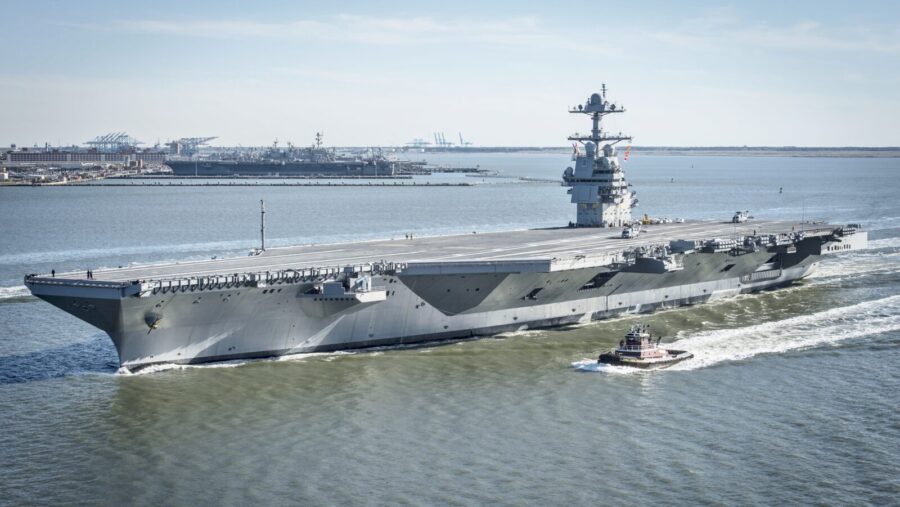 How long is an aircraft carrier’s runway? 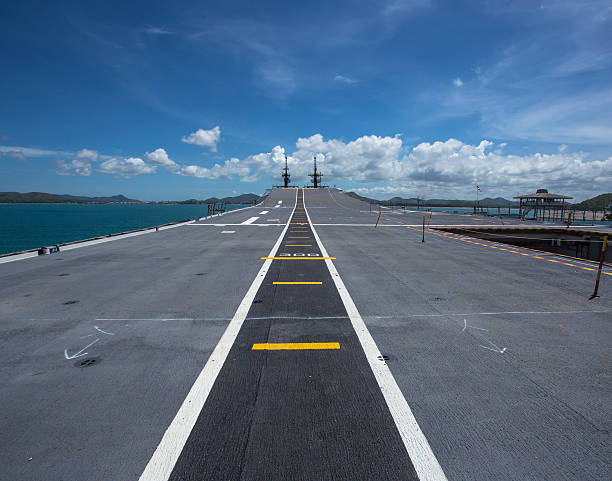 Runway on an Aircraft Carrier with designation marking

How much does it cost to build an aircraft carrier?

You might be wondering about the relevance of this subsection to the topic of how long is an aircraft carrier. But it is just as important to know how much an aircraft carrier costs as its length. Besides, having an idea of how much these vessels cost will make you appreciate them more.

The average cost of an aircraft carrier is between $100 million to $6 billion, not counting the ships in the carrier battle group. Countries looking for a cheaper deal can buy a decommissioned aircraft carrier from another country. Here are the costs of the aircraft carriers on our list.

How tall are aircraft carriers?

Below are some jaw-dropping figures.

Why aren’t there more aircraft carriers in the world?

Only two countries, the United States and China, are currently building new aircraft carriers, while other countries are upgrading their carrier fleet.