It’s a question that has been asked for as long as airplanes have been flying: Can they fly in the rain?

The answer, quite simply, is yes. However, there are some things to consider before takeoff.

Aircraft are designed to fly in all sorts of weather conditions, including rain. In fact, many take off and land in the rain all the time. While it’s not necessarily ideal, it is possible and safe.

So why do we often see planes grounded during bad weather? The answer has to do with safety concerns. We’ll explore that more in-depth below. 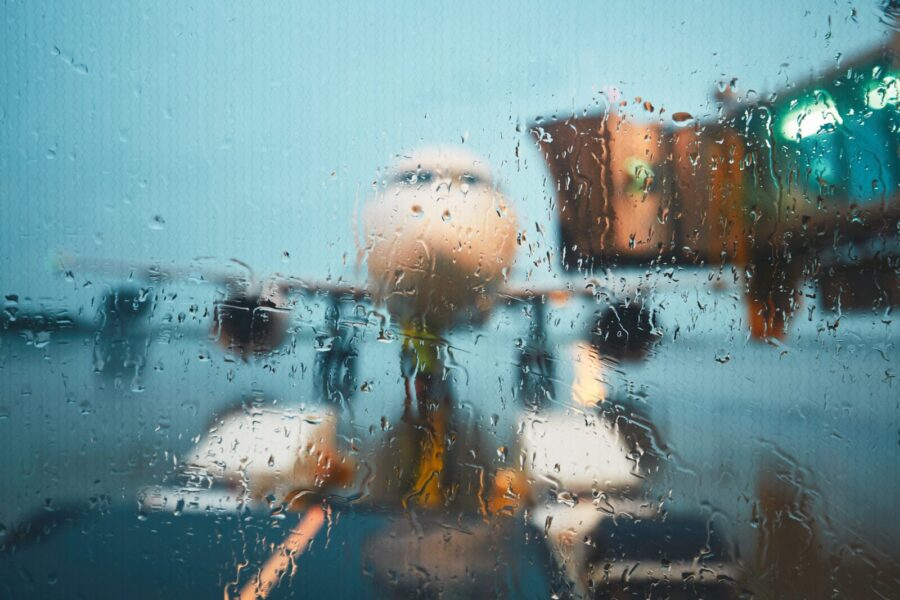 What is the effect of rain on airplanes?

First, let’s discuss the effect of rain on an airplane. Rain can cause decreased visibility for pilots, as well as a (minor) impact on the aerodynamics of the aircraft.

So, rain itself is not necessarily a safety concern for aircraft. However, it can often signal the presence of other dangerous weather conditions, such as thunderstorms or high winds.

In these cases, pilots will often choose to delay or reroute the flight to avoid these hazards. This may result in a delayed or canceled flight, but ultimately, safety always comes first.

Besides, rain does only affect the aircraft itself, it also affects the runway and taxiways, making them slippery and potentially hazardous for takeoff and landing.

Can airplanes take off in the rain?

Yes, airplanes can take off in the rain. They are designed to handle these conditions and pilots are trained to handle them as well. However, if there are thunderstorms, lightning or extremely heavy winds accompanying the rain, it may not be safe for the airplane to take off. In that case, your flight may be delayed or even canceled.

Also, when temperatures drop below freezing, rain can freeze on the aircraft and cause icing. This poses a significant safety hazard, which is the reason airplanes often need to be de-iced during winter operations.

Luckily, local weather around the airport is constantly monitored, so if there is any concern about the conditions being too severe for takeoff, it will be communicated to pilots and appropriate action will be taken. 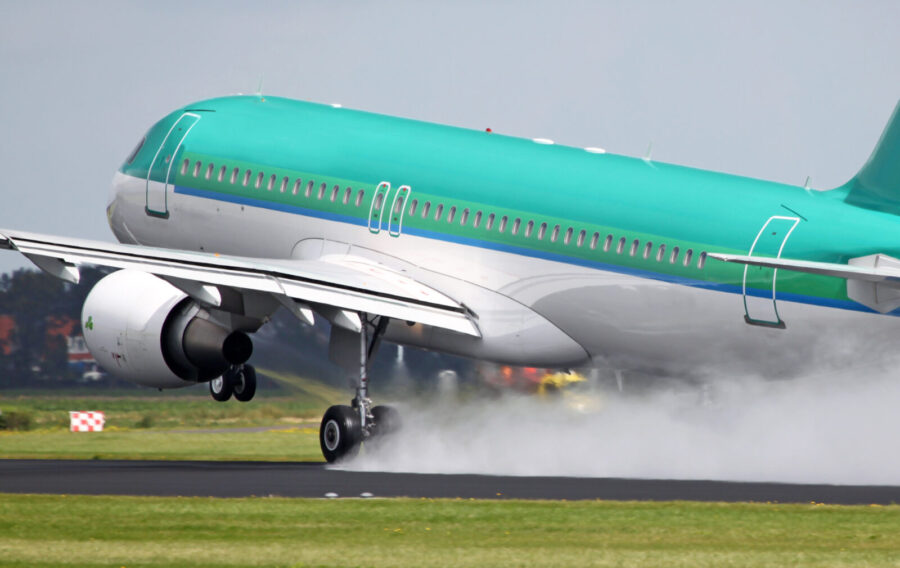 Can airplanes land in the rain?

Just like with takeoff, airplanes can land in the rain. Again, severe weather conditions may pose an increased risk for the aircraft, as rain can affect the runway and taxiway conditions, making them slippery.

During heavy rain, you may come across the term braking action in METARs (aviation weather reports). This is expressed as poor, medium or good, indicating the expected effectiveness of the airplane’s brakes after touchdown. Depending on the report, pilots can take the necessary precautions when it comes to bringing the airplane to a safe stop after landing.

Can airplanes fly through thunderstorms?

In general, airplanes should not fly through thunderstorms. Thunderstorms can cause heavy turbulence and windshear, both potentially hazardous to an airplane. They are often also accompanied by lightning, which poses another significant safety risk. Pilots will always try to avoid flying through thunderstorms if possible, and can use their onboard weather radar together with other weather reports to avoid them.

So to answer the question, yes airplanes can fly in thunderstorms. But that doesn’t mean they should, as the potential safety risks are far too great. 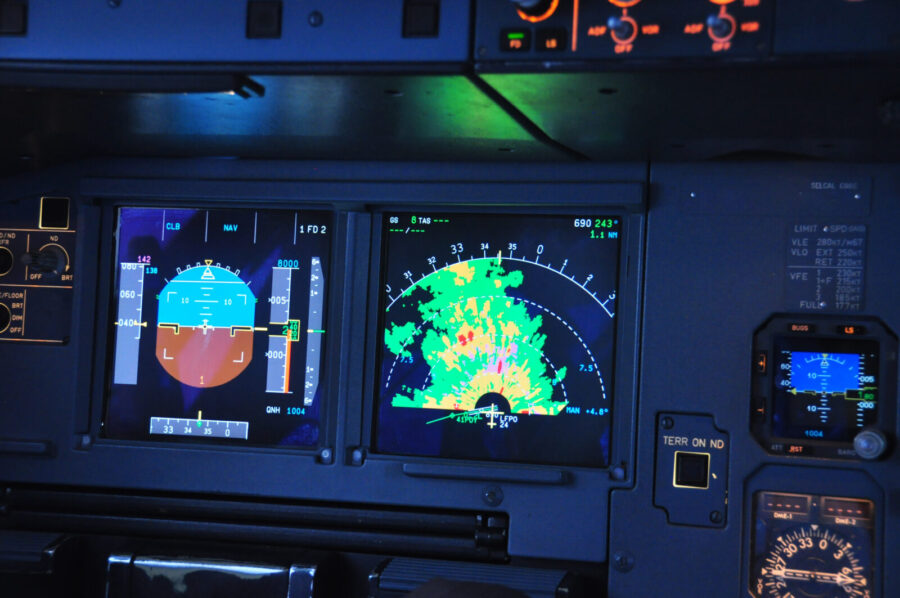 The A320 is fitted with a weather radar system which includes a Predictive Windshear System (PWS) and a weather hazard prediction function.

Safety concerns with flying in rain

As we mentioned, rain itself is not necessarily a concern for aircraft. However, it can often signal the presence of other dangerous weather conditions, such as thunderstorms or high winds.

In these cases, pilots will often choose to delay or reroute the flight to avoid these hazards. This may result in a delayed or canceled flight, but ultimately, safety always comes first.

How Much Rain is Considered Too Much to Fly?

There is no set limit for how much rain is considered too much to fly in. Every situation is unique and will be evaluated by the pilot based on the weather conditions, airport conditions, and the performance capabilities of their aircraft.

Heavy rain may not pose a threat in itself, but as a result of it you will often experience very poor visibility, strong winds, and potentially slippery runway conditions. All of these factors can make flying dangerous and in those cases, the pilot will likely choose to delay or reroute the flight.

Rain alone is not necessarily a concern for airplanes or pilots. However, it often accompanies other severe weather conditions such as thunderstorms or icing that can pose a safety risk. Pilots will always prioritize the safety of their aircraft and passengers, and may delay or reroute flights if they believe it is necessary.

So next time you’re on a flight that’s experiencing rain, just remember that airplanes are designed to handle it and pilots are trained to make the necessary decisions for a safe flight.