Rolls wants to build the fastest electric plane in history, and it looks impressively fast!

Rolls-Royce is most famous for its classic luxury cars, and of course its massive aircraft engines, powering a big part of today’s airliner fleet and many vintage fighter aircraft.

The manufacturer’s New Year’s resolution? A rather ambitious plan that entails building an all-electric plane and sending it to over 300mph. 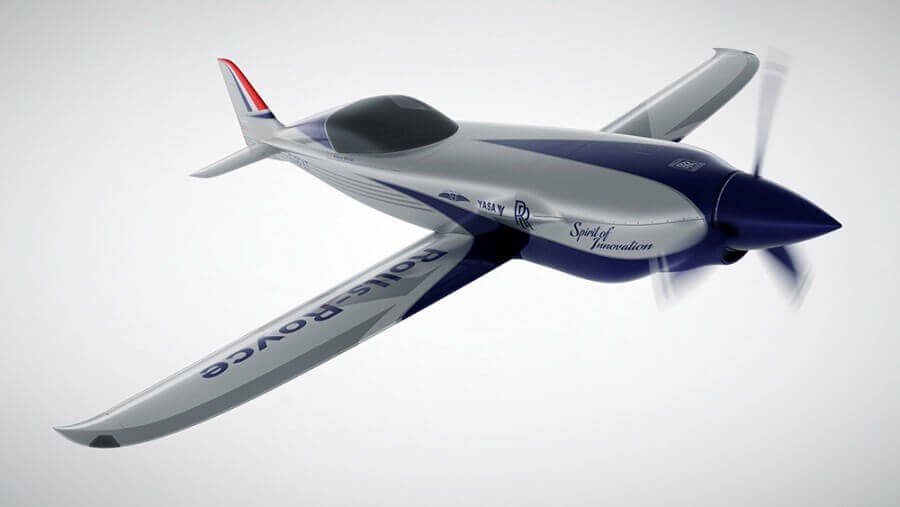 Scheduled to take to the skies over Great Britain in 2020, the aircraft will reach a speed of 300 mph – and quite likely more thanks to its FTSE 100 engine – making it the fastest all-electric plane in history. Siemens’ electric plane set the current record when it topped at 210mph back in 2017.

“It’s part of a Rolls-Royce initiative called ACCEL – short for ‘accelerating the electrification of flight’ – that’s intended to pioneer a third wave of aviation in support of Rolls-Royce’s strategy to champion electrification.”

With a wingspan of only 24-feet, ACCEL is not only small but it is unlikely to ever be made into a production model anyway. Instead, after it has taken flight in its world record attempt, Rolls-Royce will more likely use what it has learned to further its attempts to build an electric passenger jet.

The major sticking point is that to add range and speed, more power is needed, which in turn requires more weight in the form of extra battery packs.

Rolls-Royce is trying to get around this by using some of the most power-dense battery packs ever made. This will not only allow ACCEL to hit speeds of more than 300mph, but it will also give it a 200-mile range – enough to go from London to Paris.

The question remains if the use of electric engines in aircraft will ever take-off, but the future of aviation sure looks exciting!

Here are some great aviation Christmas gifts for the avgeeks and pilots in your life!

Prepare to be informed and entertained as you read about the different types of military helicopters, their uses, and other defining characteristics!