Get Your FREE eBook
All Posts News

Dreams Soar: Flying Around the World to Inspire Women in Aviation

Can you name a famous female aviator besides Amelia Earhart? You probably can’t, but you’re not alone.

There are only about 450 female airline captains worldwide. All could be seated on a single Airbus A380. (Source: The International Society of Women Airline Pilots)

Waiz was born in a refugee camp before traveling from Afghanistan to the U.S. with her family to escape the Soviet-Afghan war. She grew up in Richmond, California, and although she spent her youth in an underprivileged school district, Shaesta worked hard to become the first civilian female pilot from Afghanistan and the first person in her family to earn a bachelor’s and master’s degree – both from Embry-Riddle Aeronautical University.

Now she seeks to empower the next generation around the globe in Science, Technology, Engineering and Math (STEM) as she makes a historic solo flight around the world. Along the route, Waiz will team with inspiring women, and together they’ll host outreach events focused on careers in STEM fields.

You must believe in yourself and allow your dreams to soar.

Every time I open the door to an aircraft, I ask myself, “How did a girl with my background become so lucky?” The truth is, anyone can be me. – Shaesta 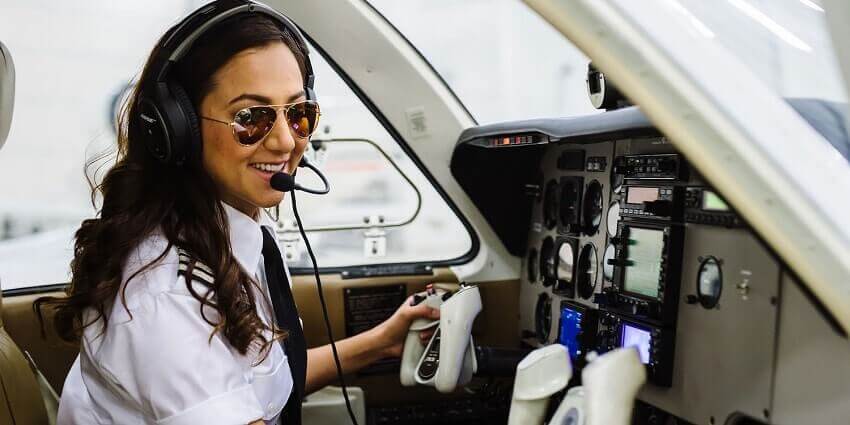 The Dreams Soar route will include approximately 28 stops, with the first leg taking Shaesta from Daytona Beach, Florida to Columbus, Ohio, over a 655 nm distance. The total distance for the journey is 24.805 nautical miles.

You can find the entire route here, with details about each leg.

Waiz will be flying a 2001 Beechcraft A36 Bonanza during her journey around the world, the N364ER. The Bonanza is well-equipped, with lots of state-of-the-art avionics, donated to the project by Garmin, Bose and Honeywell.

To give the plane more time between fuel stops, the range has been increased by installing a 100-gallon ferry tank inside the aircraft, giving the Bonanza a 2800 nm range.

One of the things that I really strongly believe in is that we need to have more girls interested in math, science, and engineering.— President Barack Obama, February 2013

Good luck to the entire team, it’s a beautiful initiative!

The project’s launch date will be in Fall 2016 and is yet to be announced.

If you want to learn more about Shaesta and the team behind DreamsSoar, check out their website DreamsSoar.org. You can also follow them on Facebook, Twitter or Instagram. If you’re attending the upcoming NBAA conference in Orlando, you can visit them at booth ISD_7.

You can support the project to help fund necessities for the flight, fuel, oil, maintenance and so on, by donating any amount here.