10 Incredible Photos that Prove Pilots Have the Best Views

We can all agree, pilots enjoy the best views. It’s one of the privileges you receive when taking the left or right seat in the cockpit of an aircraft.

Every pilot gets this privilege, but those who fly at 35,000 feet get even better views, especially when flying at night.

B747 senior first officer Christiaan van Heijst, from the Netherlands, and his friend Daan Krans, recently proved pilots do have the best seat in the house. Together, the two run the aviation photography company Amazing Aviation, taking pictures of massive thunderstorms or beautiful weather phenomenons like St. Elmo’s fire or the colorful Northern Lights as seen from the flight deck.

These pictures were made by van Heijst over India, China and Canada, when his co-pilots were flying and in non-critical stages of the flight. 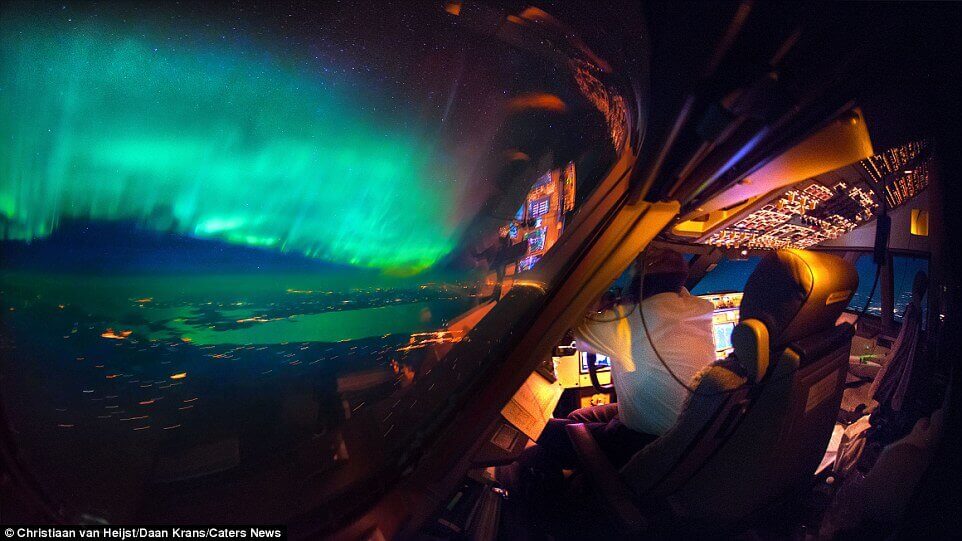 Van Heijst told the Mail: “When viewing a big storm of Northern Lights or an active thunderstorm I feel very small and insignificant, compared to the raw energy, beauty and size that plays out in front of me.”

“The Northern Lights, with its massive strings of colored light, starting high above the airplane and extending 500km (310 miles) into space, each dancing, vibrating and so fast and furious, is almost impossible to photograph properly.” 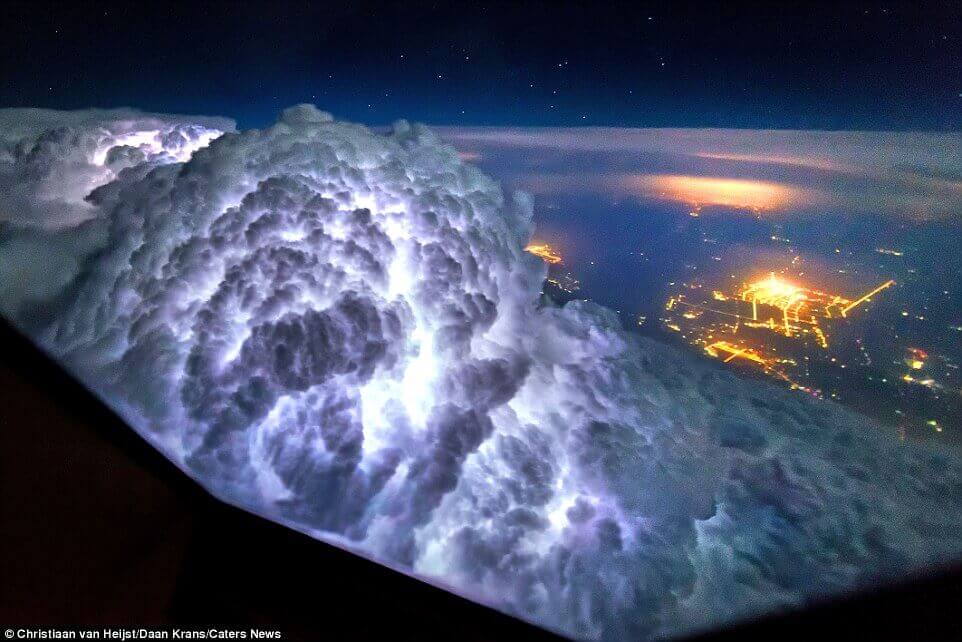 Van Heijst said: “The cloud here seen on our left started to appear on our weather radar only a few minutes before and started to show off an amazing display of lightning that grew ever more intense. When we got closer, we saw that the cloud was going to burst through our flight path and we had to deviate up to 10km to avoid flying into this cell.” 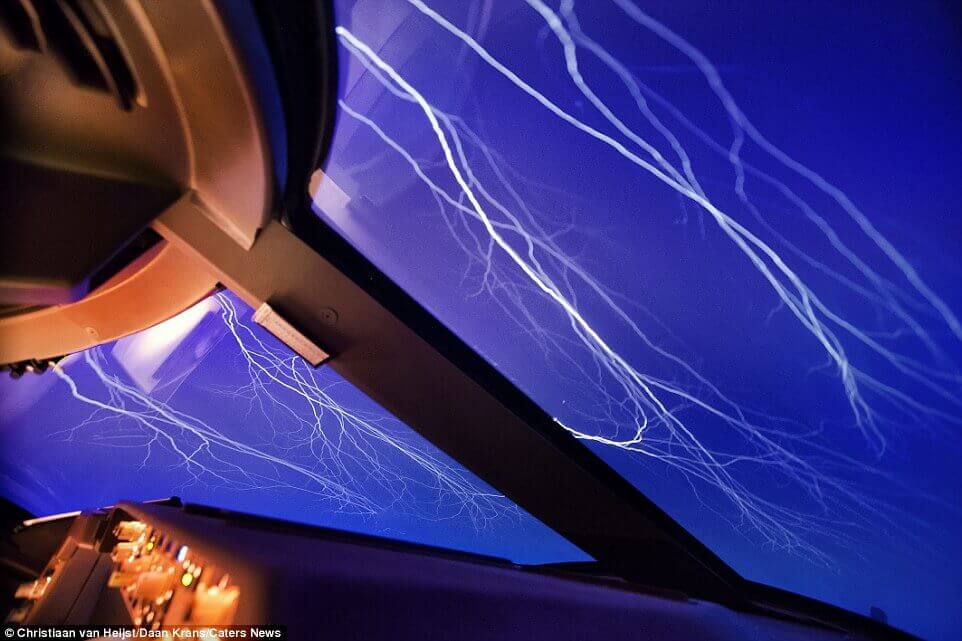 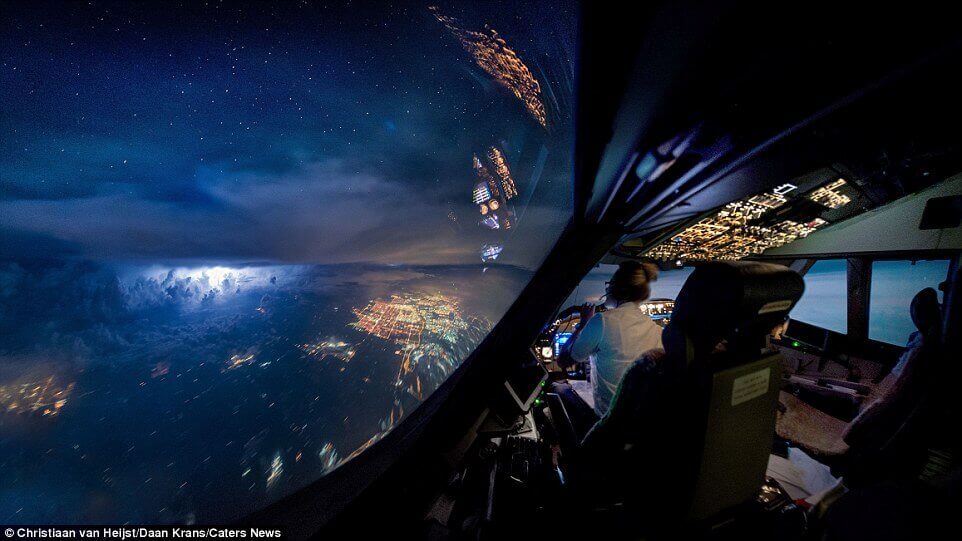 As Van Heijst and his colleague Luca flew over Toronto this July on their way from Chicago to Amsterdam they were treated to the stunning sight of a heavy thunderstorm and a glimpse of the Northern Lights. 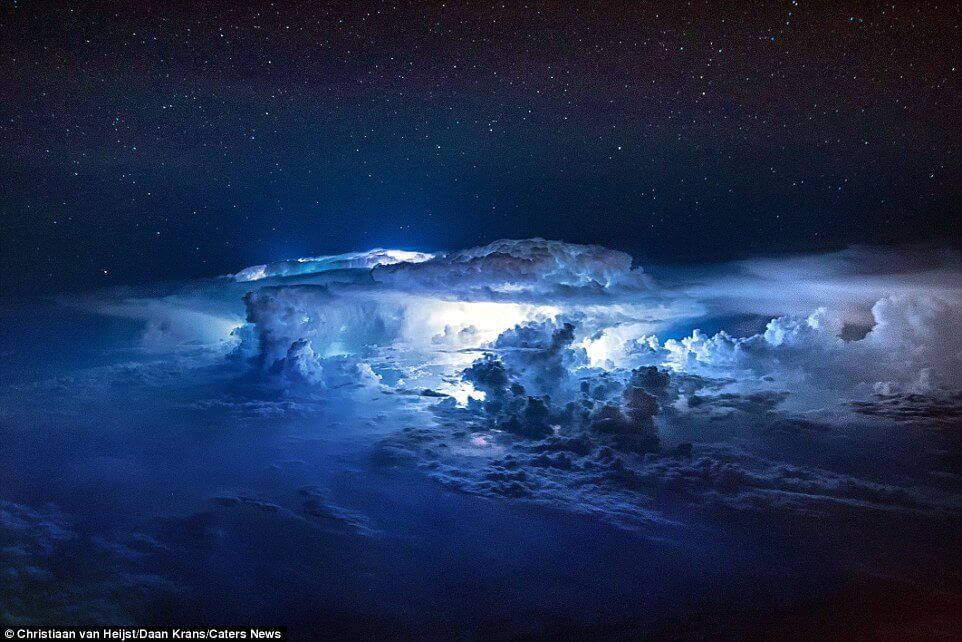 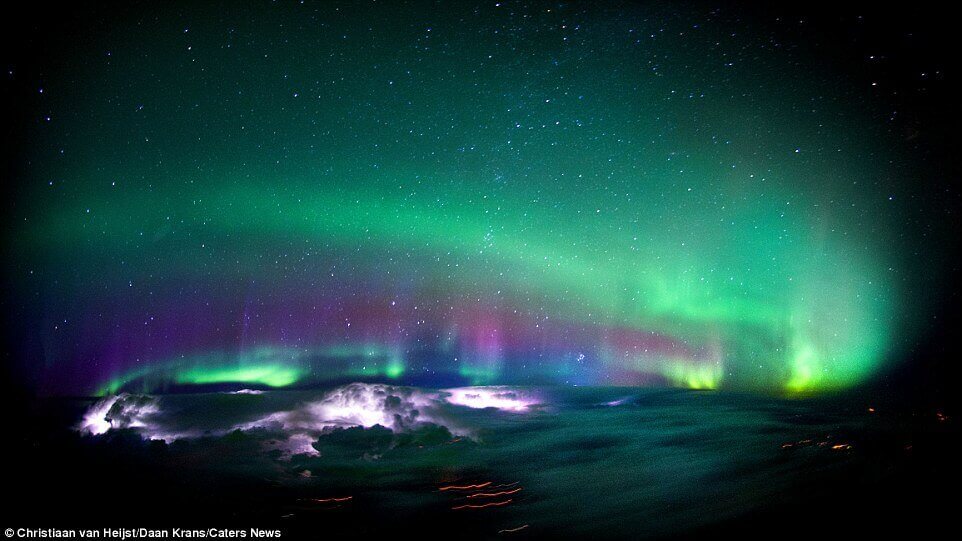 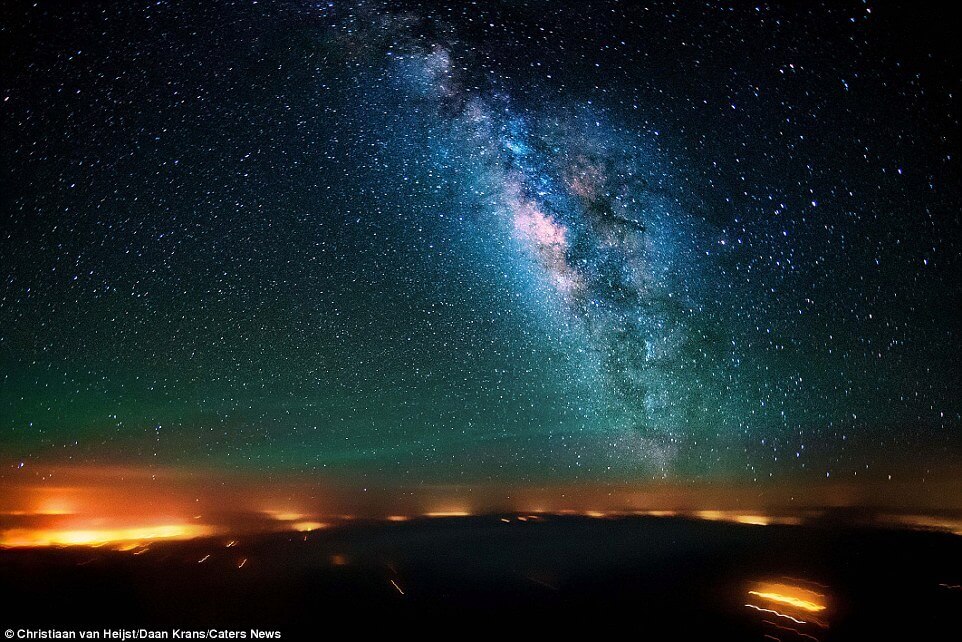 The Milky Way as seen from the cockpit during a flight over the Sinai desert in Egypt. 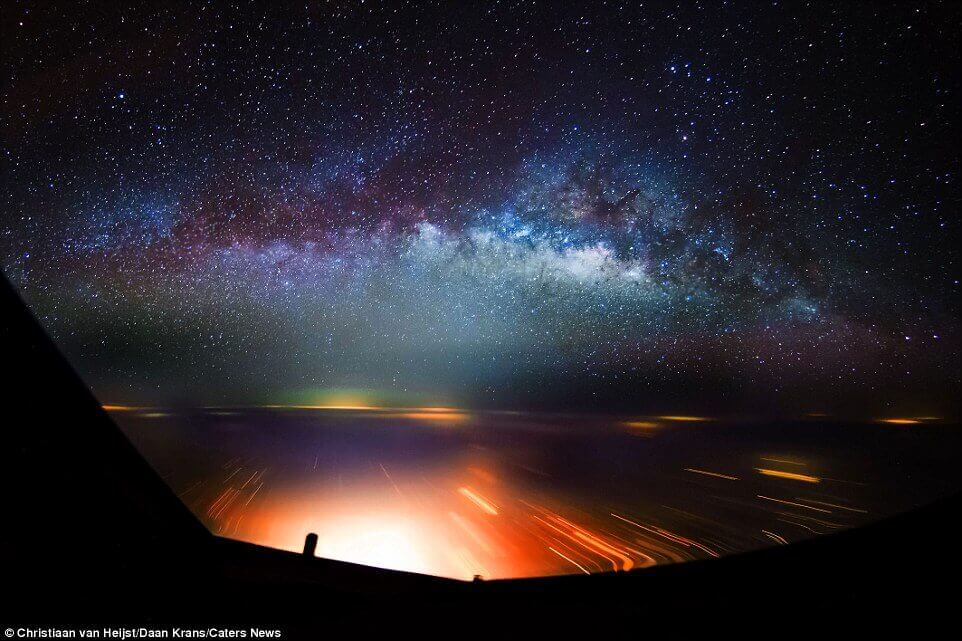 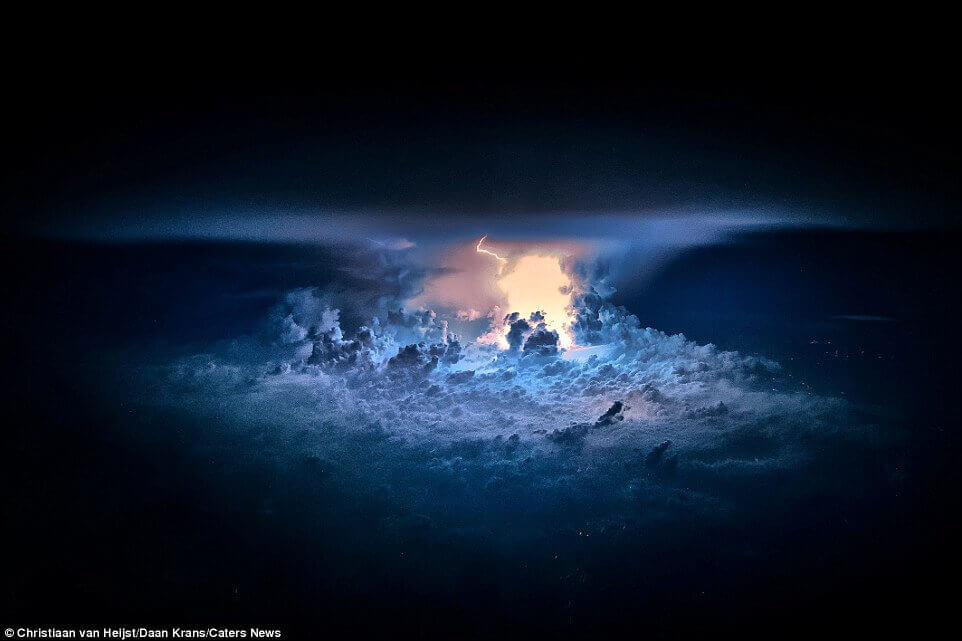 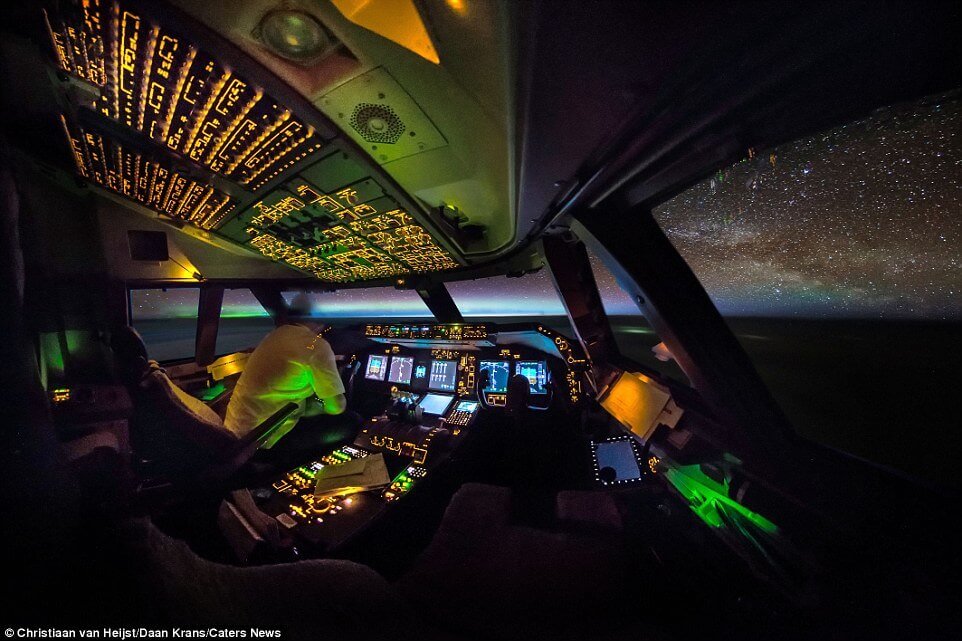 You can find out more about them and their work on their company’s website Amazing Aviation.