Get Your FREE eBook
All Posts News

WWII pilot, aerobatics pioneer and aviation legend Bob Hoover has sadly passed away this morning at 2am PT, according to reports. Hoover was 94 years old.

The aviation community all around the world is in deep grief for the aviation legend many grew up with.

Hoover’s decades of fantastic flying formed the framework for the 2014 documentary film, Flying The Feathered Edge: The Bob Hoover Project. Hoover received a standing ovation from the crowd of about 100 at the invitation-only preview during EAA AirVenture Oshkosh, July 2014.

Robert A. ‘Bob’ Hoover is recognized as one of the greatest airshow pilots of all time and probably best remembered for his incredible exhibitions in the Aero Commander – a passenger aircraft never intended for uses like in the video below. But, as demonstrated here, Bob Hoover could do pull it off.

Hoover’s flying career began when he was a teenager. He soon enlisted and flew in World War II as a fighter pilot. After being shot down over Italy and spending 16 months in a German POW camp, he famously escaped by stealing a Fw190 fighter and flying it to the Netherlands. He went on to become a U.S. Air Force test pilot alongside Chuck Yeager and later revolutionized aerobatics with his airshow routines in his instantly recognizable green and white Shrike Commander and yellow P-51 Mustang. (Flying Magazine)

… the greatest stick-and-rudder man who ever lived. – Jimmy Doolittle 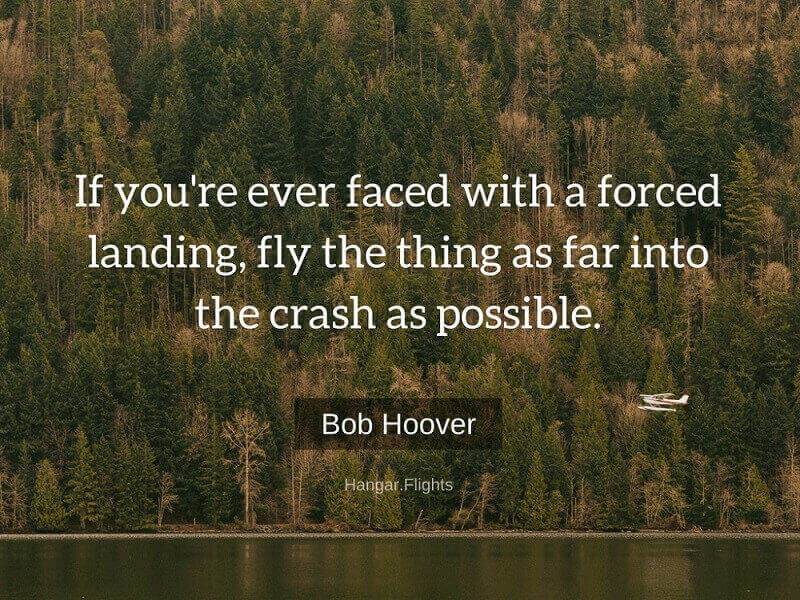 Today, the trailer of the Top Gun sequel Top Gun: Maverick was finally released! The film is a...

Rolls wants to build the fastest electric plane in history, and it looks impressively fast! Rolls-Royce is most...

DRACO – The Plane That STOLe the Show at Oshkosh ’18

Another edition of EAA’s AirVenture Oshkosh has come to an end. Just over 600,000 people attended one of...