Get Your FREE eBook
All Posts Airports

But to most passengers dashing frantically through a crowded 10,000-meter concourse to catch a connecting flight with minutes to spare, it seems that memo never arrived. If you have been there before, then you are just one of the millions of global passengers like yourself who get spooked by airport jargon, resulting in endless frustrations and missed flights each year. 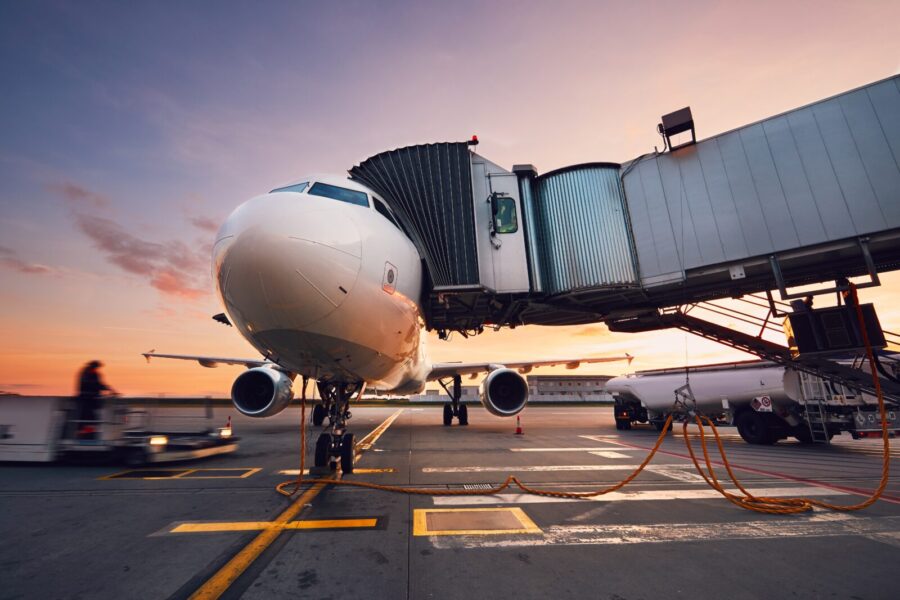 What is an airport stand?

An airport stand is a spot on an airport apron where airplanes are parked for loading and unloading and serves as a maintenance zone for parked planes. Airport and airline staff perform several activities in an airport stand. They refuel the aircraft, unload and load luggage and food onboard, airline mechanics and pilots perform pre-flight inspections on the airplane before departure.

A significant difference between gate and stand is that an airport stand is located outside the terminal building.  Airport stands fall within the airport’s restricted areas, and only authorized airport and airline personnel are granted permission to gain access in most cases.

In most major airports, passengers can only access airplanes parked in a stand through enclosed adjustable connectors called jet bridges. These are devices with interiors similar to office corridors that extend from the airport gate over the stand to connect with the aircraft doors. 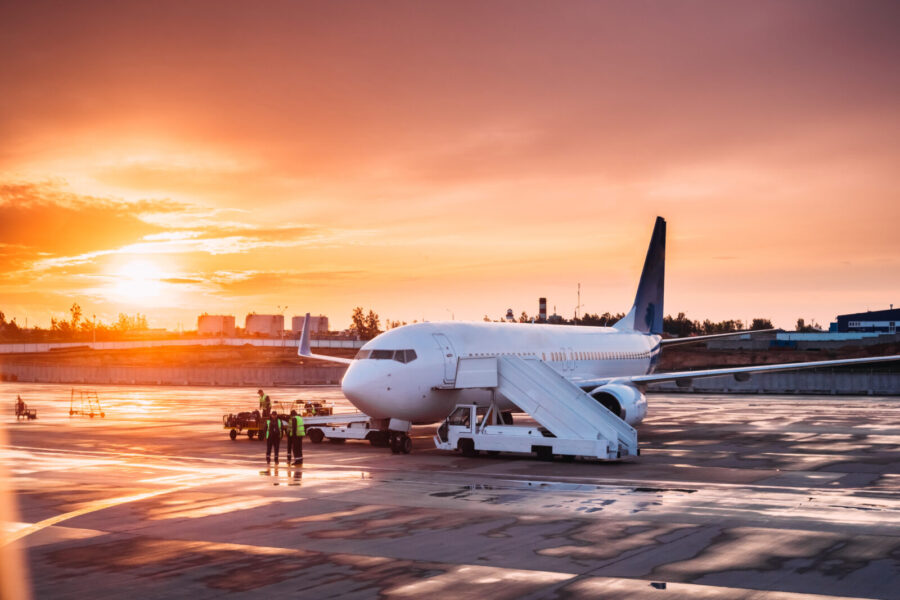 Remote stands are also a common sight in large busy airports servicing smaller low-cost or regional airlines that can not afford extra costs of airport terminal facilities like jet bridges. They are airplane parking spots located further away from the gate, and passengers after completing the boarding process are transported by bus to board their plane.

Remote stands help save turnaround time at large international airports due to the frequent unavailability of jet bridges during peak landing hours forcing the passengers on newly arriving aircraft to wait on the tarmac until a jet bridge becomes available. A remote stand is always available, and passengers can quickly disembark from the aircraft and be transported to the terminal by an airport shuttle bus.

Smaller airports have open stands where passengers can walk from the airport terminal and board the airplane through a jet staircase. An open stand is also used to receive VIPs and government dignitaries in large and small airports. 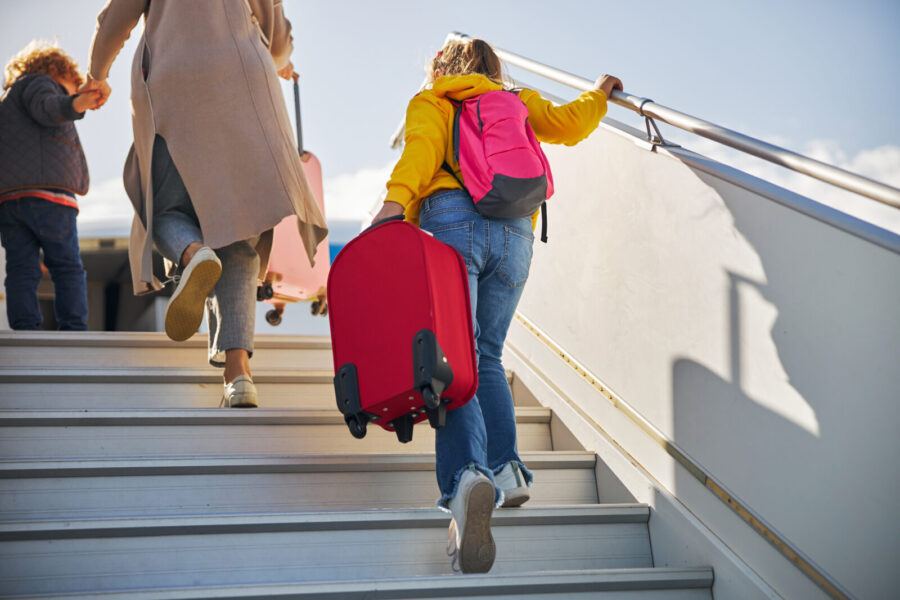 Airport stands are classified according to their size, and these are in three groups, namely;

Small stands are typically used for General Aviation GA and smaller commercial airplanes. Small stand types in smaller airports can be dedicated to a regional airline with road access for a fuel truck and emergency vehicles. The build type can be either grass, concrete, or asphalt and their limited size means that two ramp agents can staff them.

Medium airport stands are built to accommodate narrowbody commercial airliners, and they are commonly dedicated to a specific aircraft. Standard facilities of a typical medium stand include a taxi point extending to the stand, a movable jet bridge, a road connection for utility and commercial service vehicles, a security station, and a vehicle depot or packing. The build type can be concrete or asphalt, with four ramp agents overseeing operations.

Large stands are built to accommodate wide-body commercial aircraft and service narrowbody commercial flights. They may be dedicated to a specific airline, but this is not common. Large stands have the same facilities and build types as a medium stand with an average crew of six ramp agents. Service vehicles include two food service trucks and one service vehicle per commercial service.

What is an airport gate?

An airport gate is the flight boarding or exit point for passengers who can only access the area with a boarding pass and a gate number. It is a reserved area within the airport terminal building for passengers to assemble before pre-flight boarding. A gate typically serves the nearest stand located outside the terminal, and passengers can board the aircraft parked in the stand through a jet bridge.

A gate can also serve both open and remote stands. Passengers will need to exit the gate onto the apron and board the aircraft through a jet stairway in open stands. While passengers boarding from remote stands require ground transportation between the gate and the aircraft parking spot.

Gate facilities may vary according to country and airport size. Common features of an airport gate include seats for passengers, a counter or boarding desk for inspecting boarding passes or eleventh-hour seat changes, and a runway or jet bridge exit allowing passengers to board awaiting aircraft.

Gates in large commercial airports have separate airside entry/exits designed to allow airport and airline staff to perform ground handling activities like cargo loading and transferring human remains aboard the airplane without going through the airport terminal. 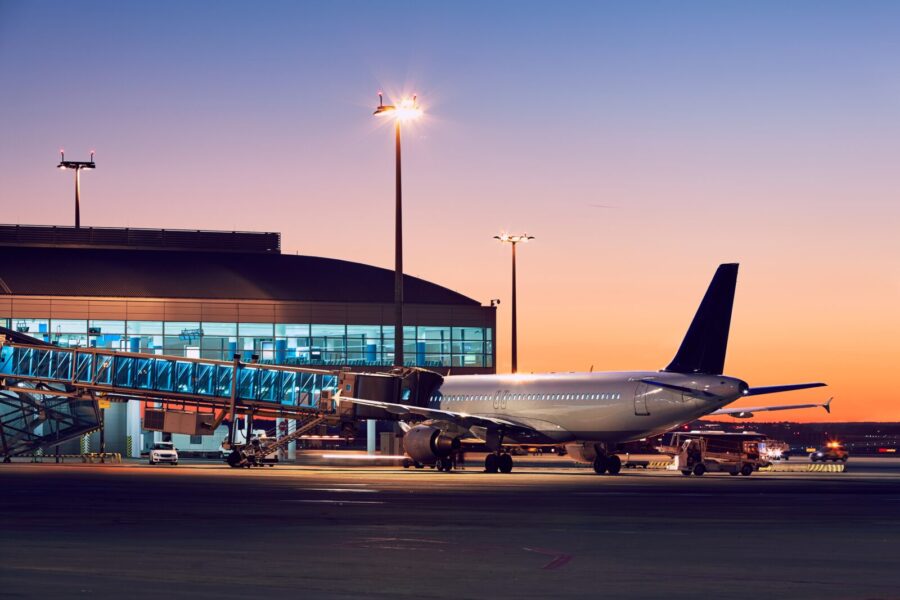 Gates have been proven to be very effective tools in airport management due to the following reasons:

Ever looked at your boarding pass and wondered what the alpha-numeric code written on the right hand of the corner means? This code is your gate number, and it is the designated area to complete your final boarding process and get onboard your flight.

You can find your gate number by following the signs at the airport and by asking airport staff for directions. It is most likely several other passengers are heading for the same gate as you so they can help you locate your gate. Announcements are made through the airport PA system when it is time for boarding. The speakers will announce the gate, flight number, and destination. All this information is on your boarding pass and can help you quickly locate the right gate for your flight. 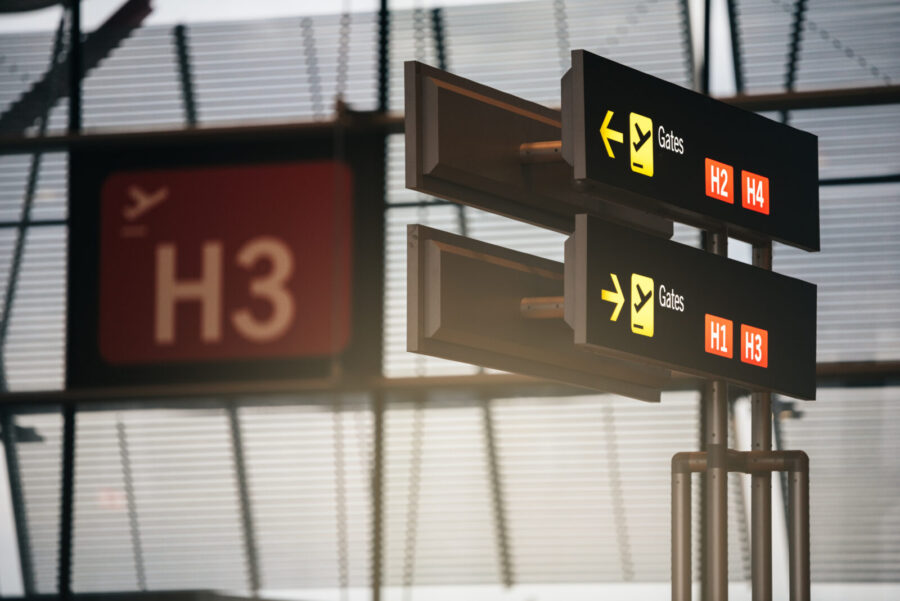 Airport stands and airport gates function together to ensure a seamless transition for passengers from the ground and into the air. They are an integral part of airport terminal operations, including post and pre-flight airline activities. And after reading this article, we are sure you have a pretty good understanding of both terms no matter the airport or country you may find yourself in.

An AOG situation is the direct fallout from aircraft groundings due to maintenance issues, weather-related problems, or conflicting flight schedules. Learn all about it here!

Airport check-in can seem like a daunting task, but it's actually quite simple once you know what to do. Just be sure to arrive at the airport with plenty of time to spare so that you don't miss your flight.

Several questions cross the minds of passengers who fly commercial planes each year on how airplane toilets work once they step inside.