Aviation is a unique subject in video games. Basically, there are a ton of simulators out there, including some of the air combat games we’ve highlighted in the past (like Janes Advance Strike Fighters, Tom Clancy’s H.A.W.X., and Ace Combat 7). But for the most part, they tend to act similarly to one another.

There are differences in setting and general quality of course, and the games also exist across different platforms and mediums. But when you really look through some of the most popular flight sims out there, you see a lot of familiar content from one game to the next. The aerial space combat in Elite Dangerous feels not unlike that in the dogfighting game War Thunder; the ultra-realistic flight in X-Plane 11 is almost like a more detailed version of the famous Microsoft Flight Simulator experience.

The good news is that all of these titles are good! There’s a ton of fun to be found in prominent aviation games. But because there is also so much similarity, it’s fair to say we could stand to see a bit more innovation and experimentation in flight-related gaming. So with that in mind, we’ve come up with some suggestions. 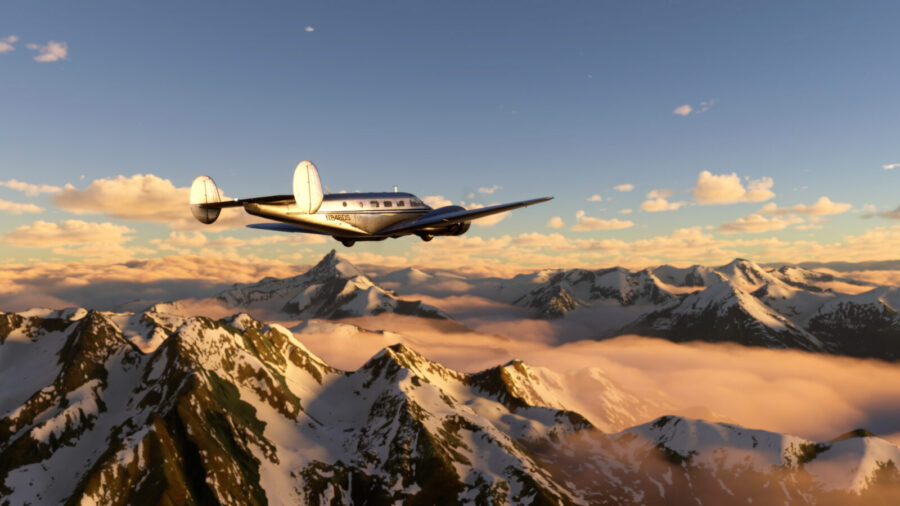 This concept wouldn’t have to be based on Mad Max, but the post-apocalyptic film franchise is the inspiration. As many will remember from Mad Max: Fury Road in particular, these are films in which whatever scraps left in the world are mashed together to form all manner of wild-yet-functional vehicles. And how cool would it be to see something similar with aircraft? Most people who are interested enough in aviation to pick up flight simulation games have at least some curiosity about engineering. A game in which players have to collect parts, concoct designs, and engineer crafts to fly would likely suit them just right.

Again, there are a lot of flight sims out there. Very few of them, however, involve real characters that players can get attached to. For a game like that, we have to look all the way back to the iconic ‘90s game, Star Fox. Complex once dubbed this Nintendo classic “one of the greatest games of all time,” and did so on the specific grounds that “Nintendo planted players right behind the character.” Indeed, this was a rare flight-driven game in which the pilots were fleshed-out (and funny) characters –– and we’d love to see an updated version of something similar. Whether that means Super Mario Flight Sim or an original game with realistic pilots, the potential is clear.

This suggestion seems far more likely than the first two to come to fruition. The bottom line here is that internet slots touch on all sorts of themes, from pots of gold, to ancient Egypt, to bass fishing. Yet there’s a curious dearth of aviation games in this category. There are a few car-racing games that appear here and there, as well as some spaceship and boating ones. Recently, the collection of games on Ladbrokes also started to feature a slot concerning a railroad system, called Down The Rails. But amidst the cars, spaceships, boats, and now the trains of Down The Rails, there’s hardly an airplane to be found –– save for in a few unpopular, seldom seen games like the Aviator slot by Drive Media. This is easily remedied, and could make for an excellent game. Fans of aviation would love to play slot reels that simply depicted different aircraft from history.

Following up on the slots idea, it would also be very easy for an internet casino game developer to piece together a really fun aviation bingo game. Bingo has actually become very popular alongside slots, and there are now themed bingo rooms and cards at numerous gaming sites. So, imagine such a game played out with the sky as the background and each bingo call representing a given plane or aviation symbol. It could still play out like a standard bingo game, but the theme would be enough to attract and entertain many of us who love all things flight-related.

Over the years, we’ve seen some realistic and excellent simulations of warplanes. We mentioned some dedicated combat fighter games at the outset. There are also terrific examples within broader war games –– with Battlefield 1 perhaps being the most impressive. As was recounted in a piece at Inverse, this game presented realistic attack planes, bombers, and fighters, challenging players to master all three. But what if a game expanded on that concept and spread it across history? Games are big enough today to handle this kind of ambitious effort –– and many fans of aviation would love nothing better than to progress from the 1909 Wright military flyer (the first plane built for battle) to today’s wildly advanced F-35 Lightning II.

Once again, there are plenty of great flight sim games out there. But more can be done in the aviation category, and these are just a few types of games we’d love to see.