How Much Does a Black Hawk Helicopter Cost?

The Sikorsky UH-60 Black Hawk helicopter is an iconic military helicopter of the United States military. Best known for its depiction in the Hollywood movie ‘Black Hawk Down,’ it is a twin-engine, medium-lift utility helicopter with four rotor blades. The aircraft replaces the Bell UH-1 (Huey) Iroquois as the US Army frontline tactical helicopter and is one of the longest-production military helicopters (1979 to date). 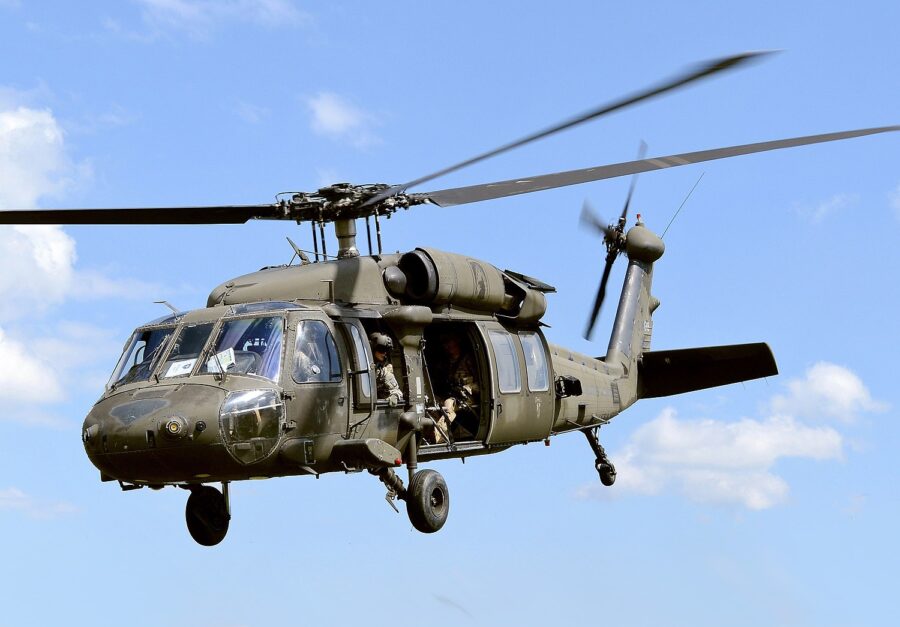 How much does a Black Hawk cost new?

You don’t generally find Black Hawk sticker prices advertised on newspaper pages, nor can you ring the manufacturer for a test flight. However, you might be interested to know that the cost of acquiring a new Black Hawk ranges between $5.9 million to over $25 million for ‘special versions.’ Fully loaded variants of the Black Hawk sell for around $10 million. 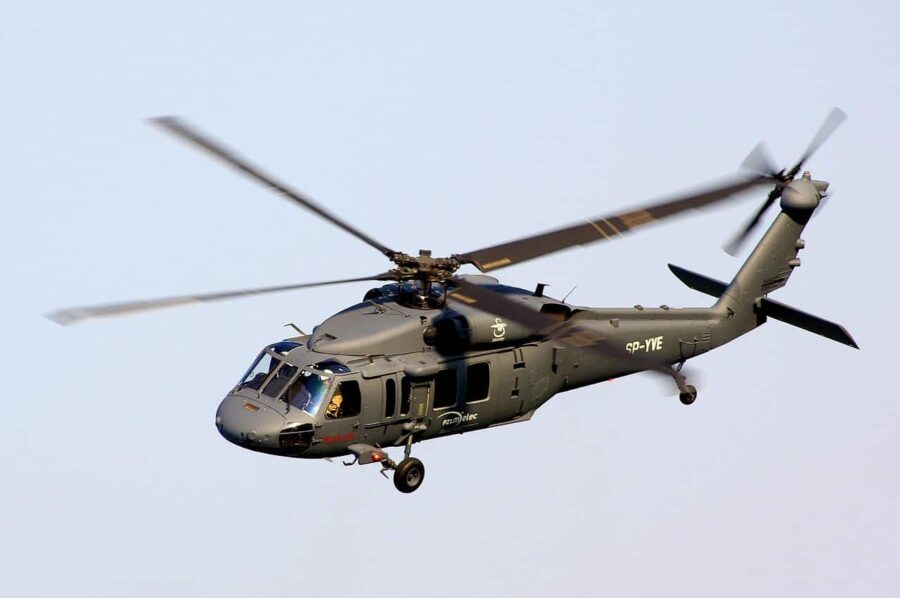 Let’s look at the costs of the Army’s UH-60L and the Air Force’s HH-60G Pave Hawk variants of the UH-60 Black Hawk. Despite being developed from the same model, the UH-60L sells for $5.6 million (UH-60L), while the HH-60G has a $10.2 million price tag. The difference in the prices of these two variants is due primarily to each aircraft’s capabilities, parts requirements, and R&D specifications.

If you think the Black Hawk helicopter cost is way too high. Perhaps you should check out the Apache helicopter, which has a hefty price tag ranging from $60 to $130 million.

How much do Black Hawk helicopters variants cost?

Anyone who has ever flown in a Sikorsky UH-60 Black Hawk helicopter knows it is an amazing and versatile helicopter with several unique features enhancing its multi-role capabilities. Those unique features add to the cost of the aircraft, and Black Hawk variants typically have huge price differences depending on their roles.

We have a list of several Balck Hawk helicopter variants and their cost. 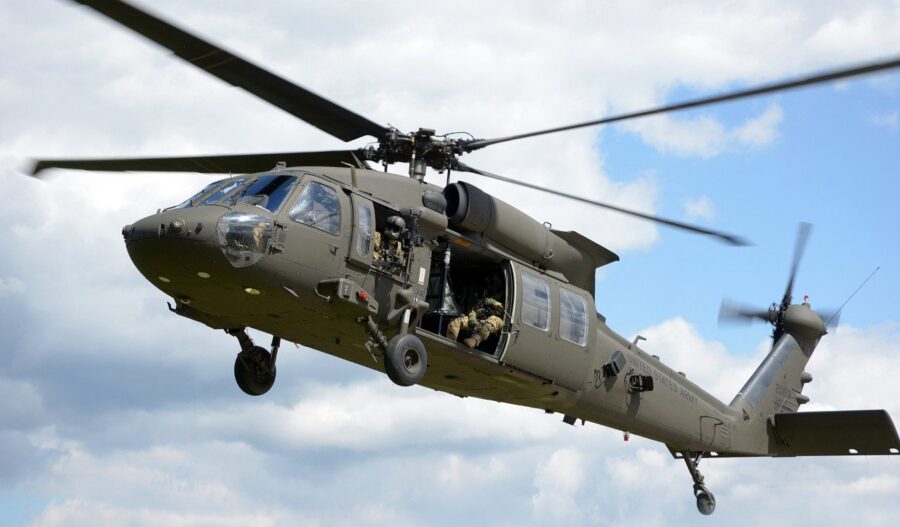 In 1989, Sikorsky Aircraft developed the UH-60L variant with upgraded engines, gearbox, and flight control system. It is fitted with the more powerful GE T700-GE-701D engine, which increases the UH-60 L’s payload by 1,000 Ibs to 9,000 lbs and its range to 320 nautical miles. A unique feature of this aircraft is a new hover IR Suppression System that cools engine exhaust gasses during forward or stationary flight. Other notable UH-60L Black Hawk variant upgrades include wide chord rotor blades, an enhanced tail boom, vibration absorbers, and stabilator.

A UH-60L Black Hawk costs $6 million. For this amount, you get a decently equipped utility helicopter capable of medical, supply, and transport missions. Operators of the UH-60L Black Hawk helicopter include the United States Army, the Brazilian Army, and the Mexican Air Force. 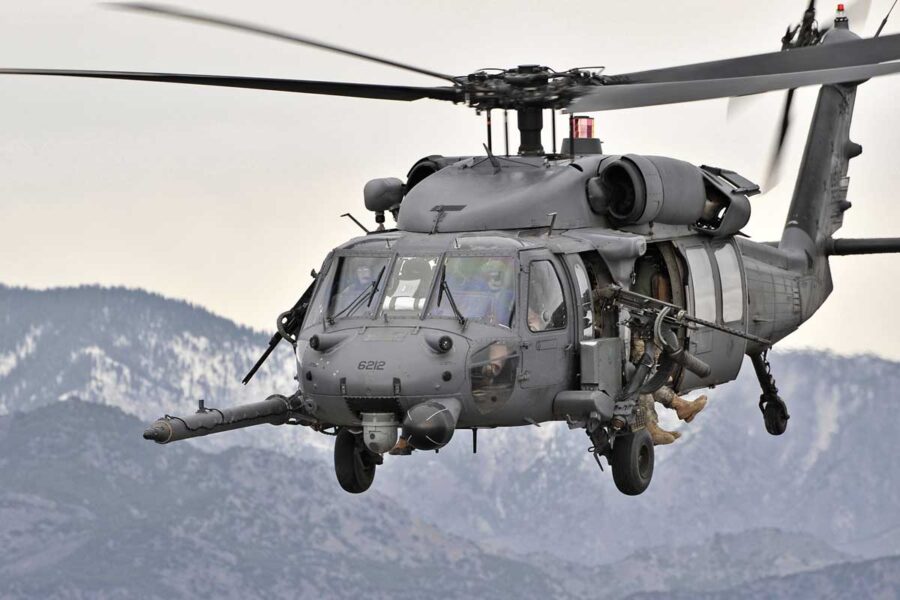 The new HH-60 Pave Hawks prices start at $10.2 million, and you get a versatile helicopter capable of day or night troop insertion missions, personnel recovery, and search and rescue. Peacetime uses of the HH-60 Pave Hawk helicopter include emergency medical evacuation, disaster relief operations, and counter-drug trafficking operations. The air forces of the United States and the Republic of Korea are the primary users of the Pave Hawk. 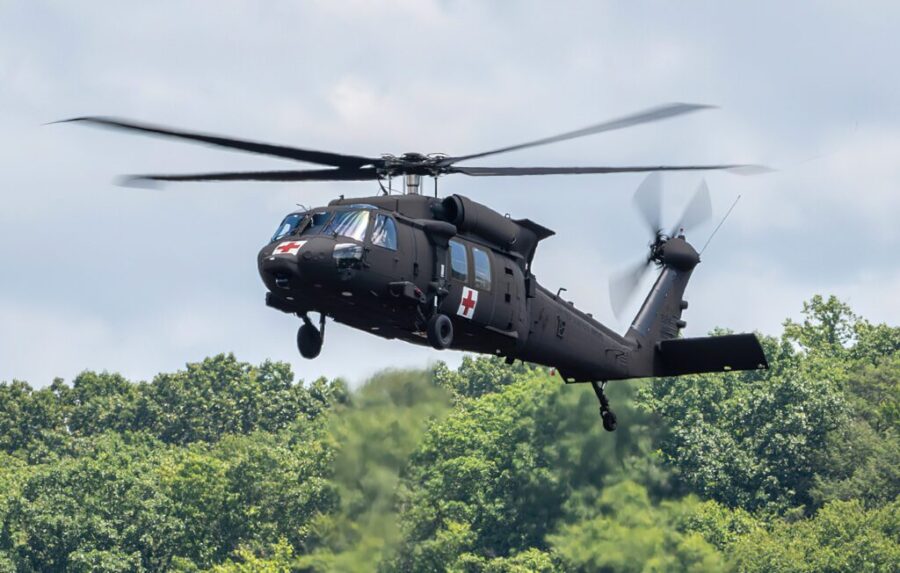 The Sikorsky HH-60M MEDEVAC helicopter has upgraded engines and essential equipment, allowing it to perform its intended role effectively. These include,

Developed primarily for the US Army, the HH-60M is operated by the US Navy and the United States Coast Guard. Other operators of the HH-60M include the Vermont National Guard and the South Dakota Army National Guard. 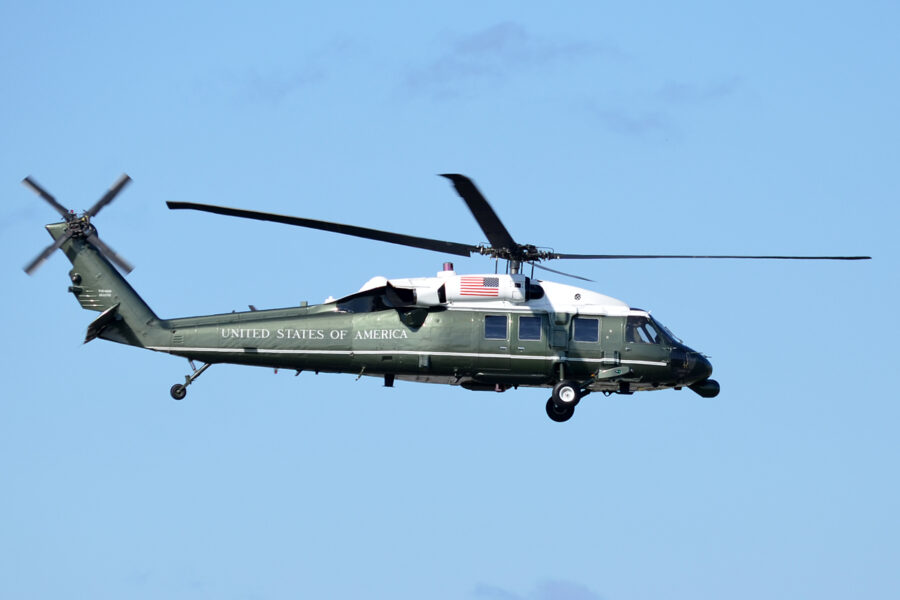 The Sikorsky SH-60 White Hawk was designed for the most powerful man on earth. Conceived as an executive transport aircraft for the President of the United States of America, the Sikorsky VH-60N White Hawk is one of the most recognizable and the most photographed helicopter in the world. It was developed from the UH-60 Black Hawk and the SH-60 Seahawk of the US Navy for day/night and all-weather operations. The VH-60 White Hawk is equipped with a state-of-art self-contained navigation system Traffic Collision Avoidance System TCAS, CSFIR sensors, and GPS.

Since the SH-60 White Hawk has no weapons, it is fitted with military-grade countermeasures against missile attacks. Nine White Hawk airframes were built, and all aircraft are operated by Marine Helicopter Squadron One (HMX-1) in MCAF Quantico, Virginia. 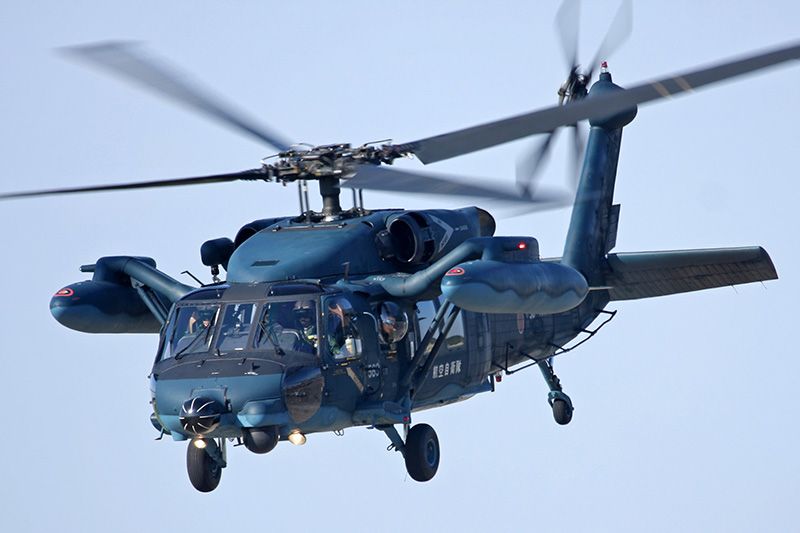 Designed primarily for export, the Sikorsky UH-60J Black Hawk helicopter is a search and rescue variant of the UH-60L that is license-built by Mitsubishi Heavy Industries for the Japanese Air Self-Defence Forces (JASDF). Both Sikorsky Aircraft and Mitsubishi Heavy Industries collaborated to design and produce the aircraft with key components license-built by Japanese manufacturers.

About forty UH-60J Black Hawk helicopter units are in service with the Japanese Air Self-Defense Force. Each unit costs about $14 million, and several upgrades were added to the Japanese-built Black Hawks over time.

Cost of the civilian Black Hawk

During the 1980s, Sikorsky Aircraft developed a civilian version of the UH-60 Black Hawk military helicopter for oil and gas offshore exploration. Introduced in 1998, the Sikorsky S-92 helicopter cost around $27 million, and it competed with European helicopters like the Aerospatiale/Eurocopter Super Puma.

Sikorsky Aircraft marketed the S-92 helicopter as a civilian Black Hawk, and the aircraft has similar flight controls and rotor systems to the UH-60 military versions. Sikorsky engineers modified the S-92 aluminum and composite fuselage to improve its flight stability and seating capacity. The S-92 search and rescue variants got a larger cabin door for better exit/entry. 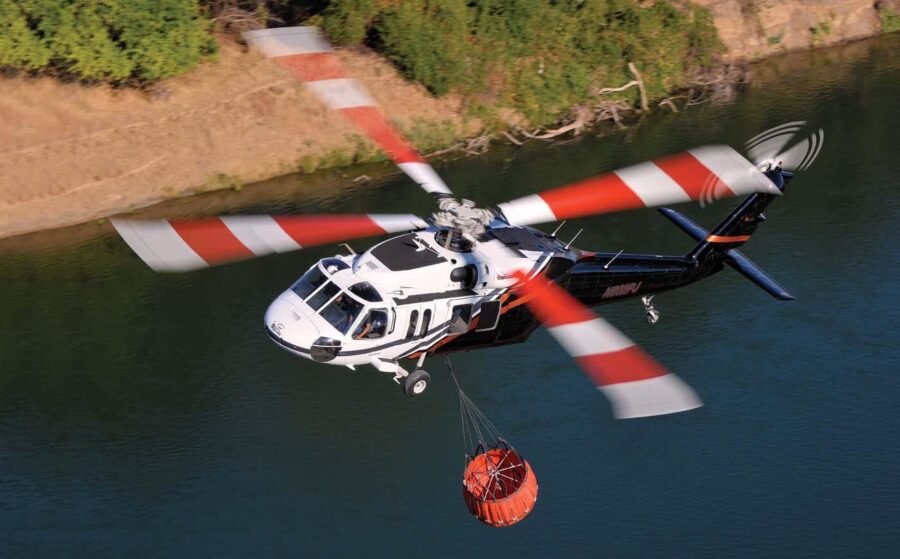 How much does a decommissioned Black Hawk helicopter cost?

Decommissioned UH-60 Black Hawk military helicopters are in high demand in the civilian utility helicopter industry. Although prices vary per aircraft year, variant, and flight hours, expect to pay between $3 million and $7 million for a non-military UH-60 Black Hawk in decent condition. An online listing for a restomod Sikorsky UH-60L with a 2007 manufacture date and 2,200 flight hours has an asking price of $5,995,000. You can have an older Black Hawk model for much less, and a UH-60A Black Hawk is listed for lease on JetLease for $3 million. 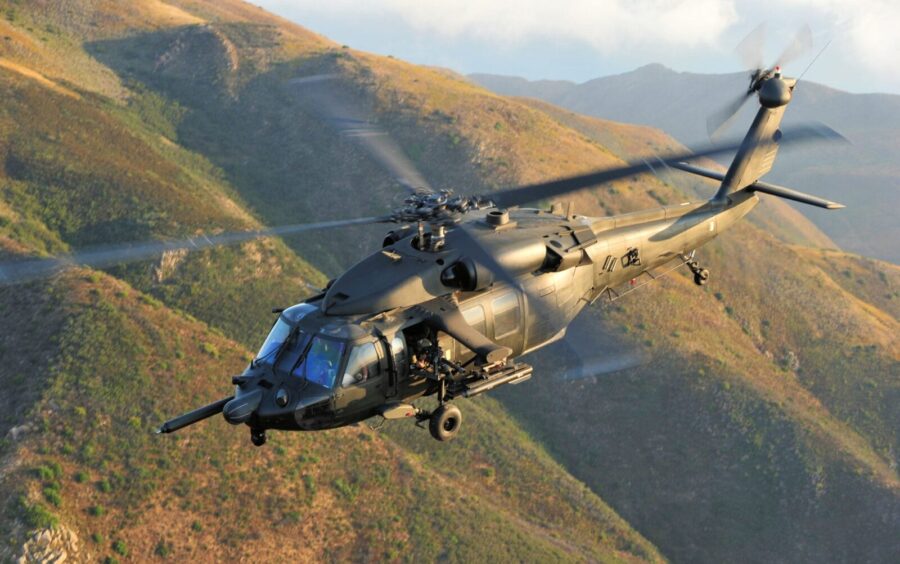 Since it was first released to the civilian market in 2014, the Black Hawk has proved to be a favorite among helicopter operators as the most reliable aircraft in the eight-thousand-pound lifting capacity class.

The most common civilian uses for non-military Black Hawk include

How much does a Black Hawk helicopter cost to operate? 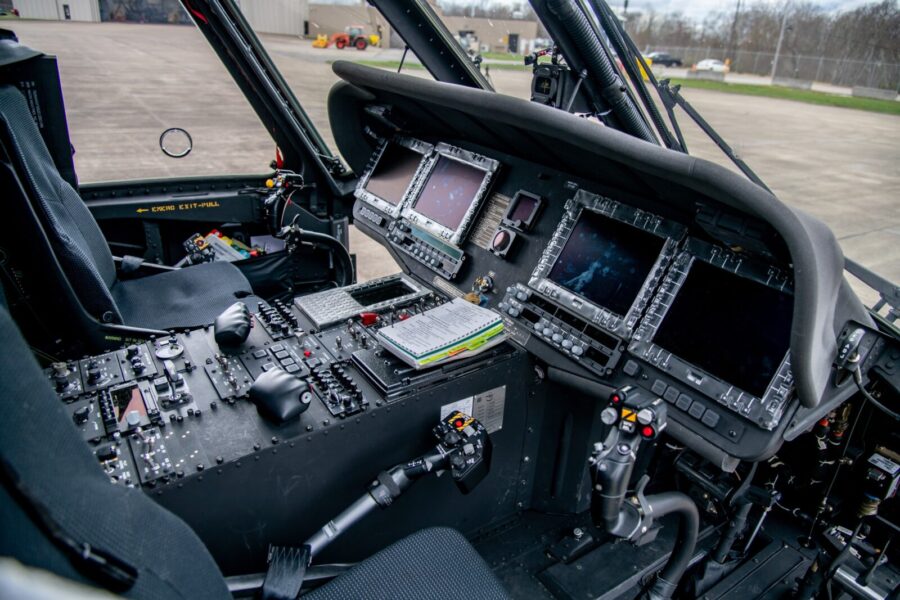 The 10 Best Binoculars for Airplane Spotting in 2023

Individuals living near large airports often use binoculars for spotting planes flying overhead for information on the airline's name, nationality, aircraft type, and model. Here are some of the best options for you!

A good-quality pilot watch can be expensive, but that doesn’t mean you have to break the bank to get one.