For context, all cars have seatbelts (and the majority have airbags), and all vessels carry life jackets, which are essential lifesaving equipment – like a parachute. If similar safety rules are applied to airplanes, then you (and all passengers) should be wearing a parachute during your next flight to visit grandma.

However, the reality is that not all airplanes have parachutes, including large commercial airliners carrying hundreds of passengers. It is mindboggling knowing that parachutes save lives during airborne emergencies – like seatbelts during a car crash and lifejackets when a boat capsizes.

In this article, we try to answer your question on whether airplanes have parachutes. 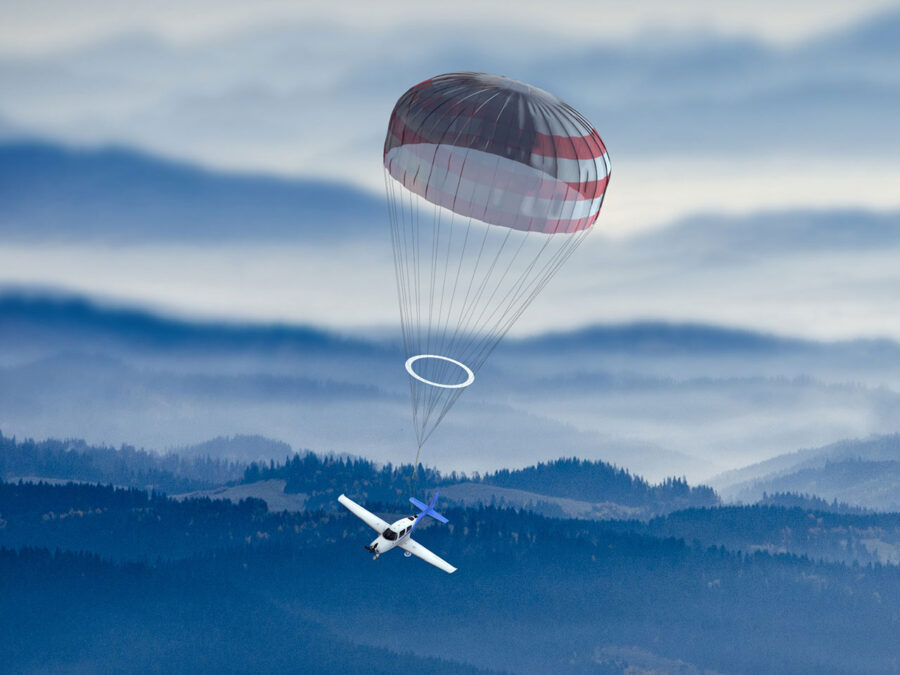 The short answer is, not all planes have parachutes. Some airplanes carry individual parachutes for the pilot or passengers for specific reasons, and a very small number of aircraft are even equipped with a built-in parachute for the entire aircraft, which the pilot can deploy in an emergency with a lever in the cockpit. In general, however, most aircraft flying around today do not carry any parachutes on board at all.

Commercial planes – do not carry individual parachutes for obvious reasons, which include cost, weight, and aircraft design. You need several hours of training before deploying a parachute successfully, a skill most passengers do not have. Parachutes on board an airliner might interfere with the aircrew safety procedures during an airborne emergency, creating additional safety problems. You never know when someone in a panic will deploy a parachute inside the cabin!

Small planes – In practice, smaller airplanes owned by individuals or organizations do not parachute for the pilot or passengers. But some do, depending on their use. Private jets do not have parachutes, but small firefighting or smoke-jumper aircraft have parachutes that deliver smoke-jumpers and their equipment to wildland fires. Aerobatic and glider pilots typically wear a parachute as well for safety reasons. 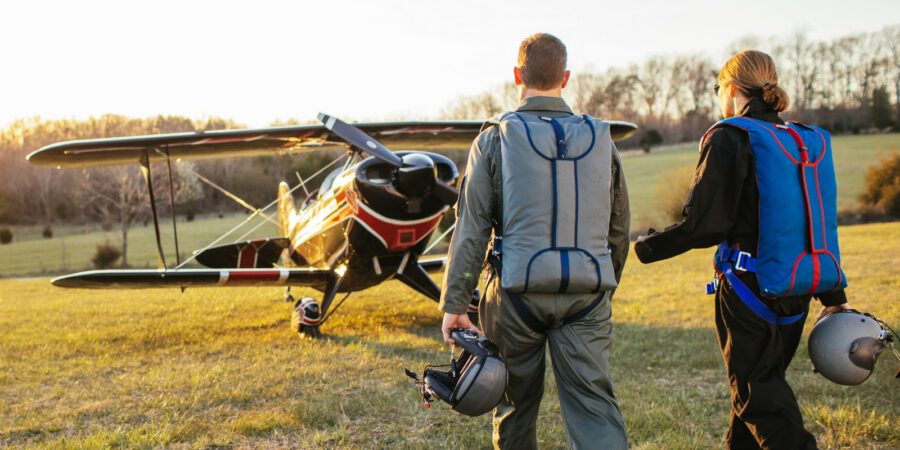 Commercial planes – for decades, airplane designers have dreamt of developing a parachute capable of supporting a fuselage. But the cost and technological challenges of designing such systems are enormous. Then there is the question of cost. What will be the demand for such systems, given the relatively low incidents of commercial airplane crashes? Developing a parachute to safely slow the descent of a Boeing 747 airliner after a mid-flight malfunction may require fabric the size of several city blocks. And fitting the material to the bulkhead may mean jettisoning several safety features and compromising payload space.

A cost-effective option would be only to develop a smaller parachute for the passenger cabin. But it would mean installing explosive chargers around the heavy parts of the aircraft like the tail, wings, and engine, which could be severed and ditched during an emergency. The drawback is that aviation regulators and law enforcement are uncomfortable with the idea of having explosives on an airplane. And ditching airplane parts to save lives over a populated area won’t be an easy sell.

Small planes – whole airplane parachutes for small aircraft have been around for almost a hundred years. In 1928, Hollywood stunt pilot Roscoe Turner deployed the whole-airplane parachute on his Lockheed Air Express for thousands of spectators and landed safely. Some small airplane makers install parachute recovery systems on their aircraft. However, such systems are currently limited to airplanes carrying up to five passengers.

Military planes – for now, we do not know any military aircraft with whole parachutes. However, that does not mean one doesn’t exist in a top-secret air base.

Why don’t commercial airplanes have parachutes?

We shall address several reasons here why commercial aircraft do not have parachutes. Although commercial planes flying over sea routes have life jackets under every seat, it is odd that they refuse to pack parachutes for every passenger. But for whatever reasons you may think, it is not for lack of regard for human lives.

Here are several reasons why commercial airplanes do not have parachutes.

Do small planes have parachutes?

A feature on some modern small planes is the ballistic parachute system, designed to slow an airplane’s ground descent following a malfunction and prevent a crash. Although the technology has been around for almost a century, it began gaining wider acceptance during the past few decades.

Bob Fronius, a pilot, and parachutist was one of the earliest people to install parachutes on an aircraft. In 1948, Bob fitted a parachute to his JR-V Robin sailplane and deployed it successfully. He would also include and deploy a parachute from his J-3 Piper Cub the following year.

Modern whole airplane parachutes, known as ballistic chutes, are worth the expense because they deploy rapidly and have saved hundreds of lives. However, the drawbacks to the system are its cost and weight, and the technology is currently limited to airplanes with no more than five seats. 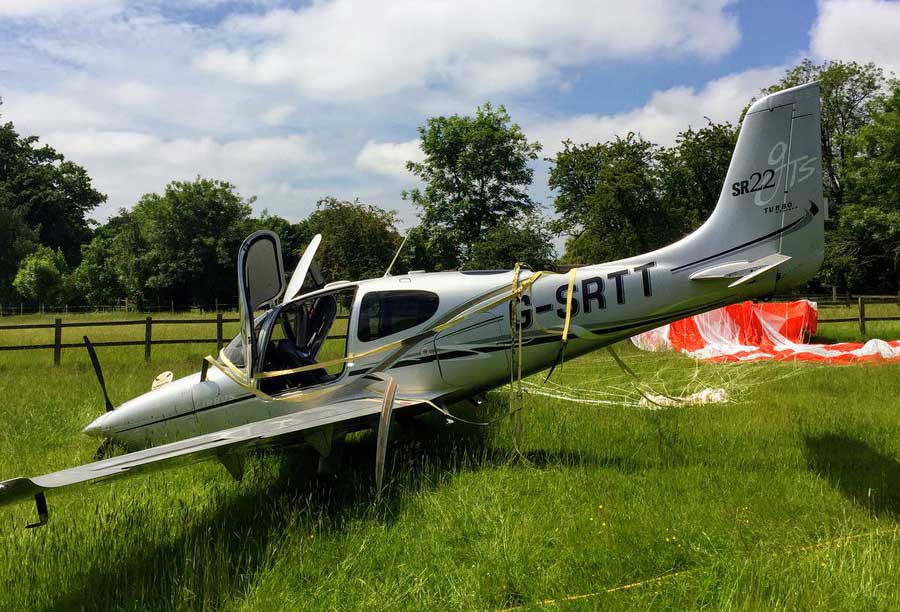 A Cirrus SR22 safely touched down thanks to its built-in CAPS parachute system. (Soruce: Flyer.co.uk)

Aircraft with an airframe parachute system are not very common, with only a handful of aircraft models leaving the factory with such a system installed. The most well-known examples are the Cirrus SR20 and SR22 single-engine airplanes, which are all standard equipped with the Cirrus Airframe Parachute System (CAPS).

However, plenty of other (ultralight) aircraft are retrofitted with a parachute system as well. BRS Aerospace, the world’s biggest maker of whole airplane parachutes, claims more than thirty thousand deliveries of its parachute system on its website.

There’s even a possibility to install an airframe parachute system in the popular Cessna 172 and 182 models. 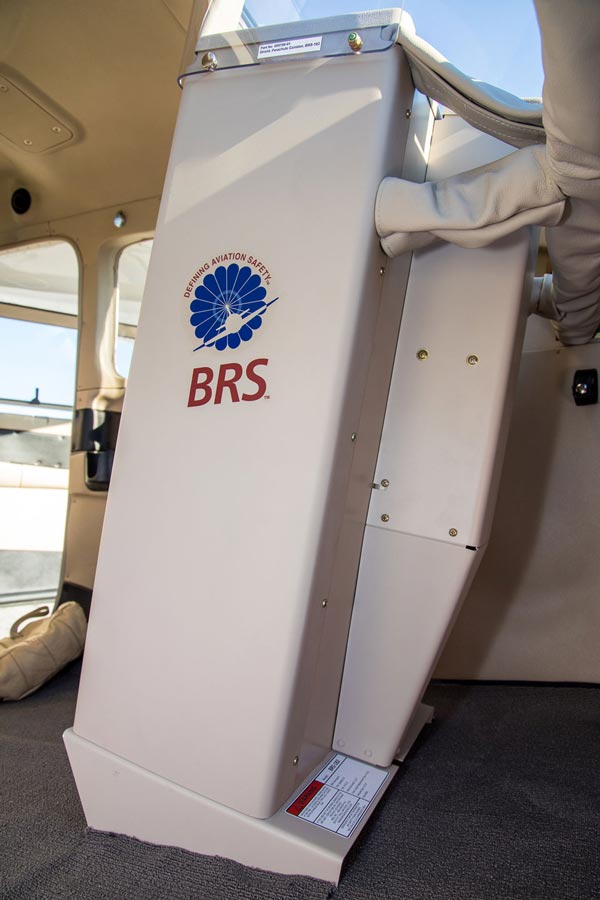 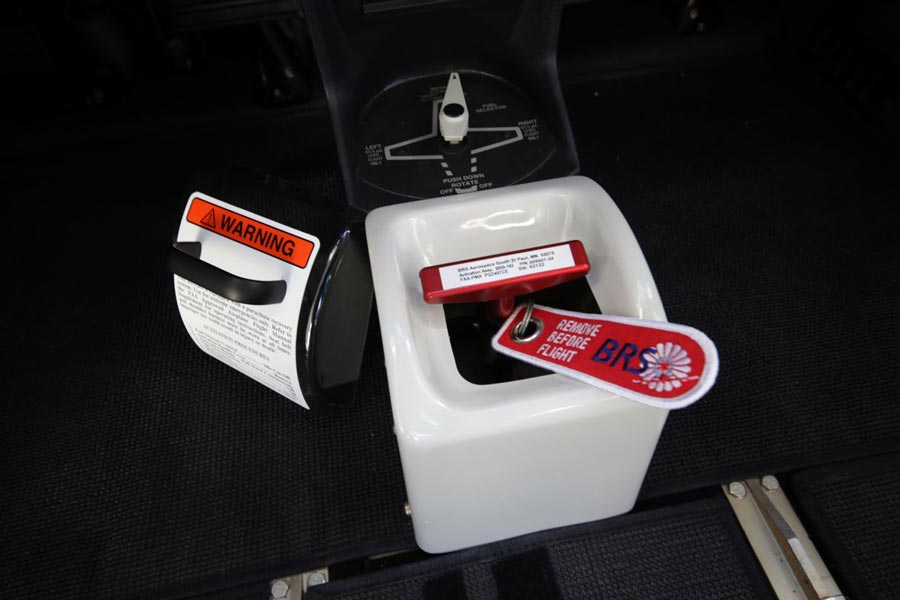 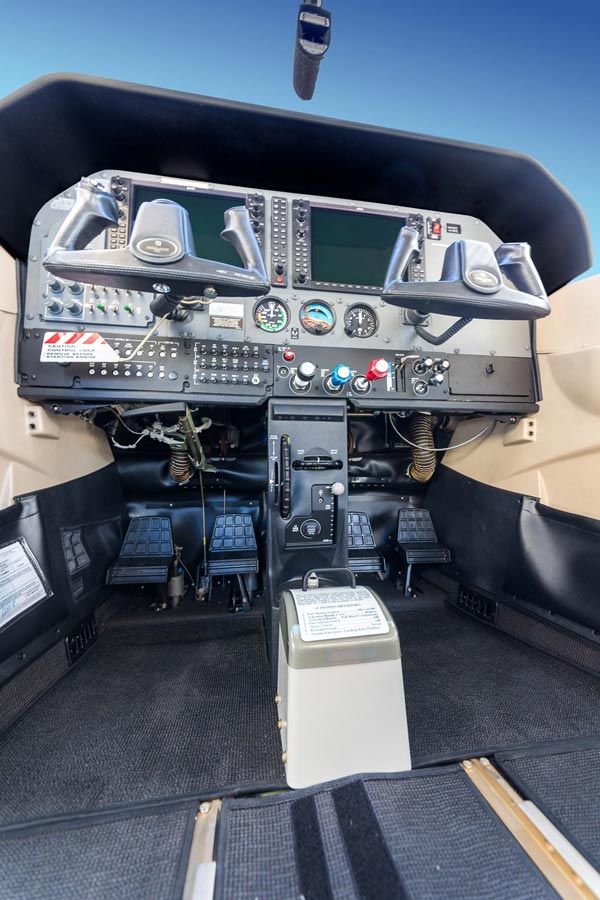 There is little doubt that parachutes have made flying safer and saved numerous lives over time. But putting parachutes on airplanes for individual passengers isn’t practical. However, the idea of fitting whole airplane parachutes on large planes may be possible in the relatively near future, given how well they work on smaller aircraft.