One day I took some colleagues for a flight around Sydney. It was a beautiful day, great for taking people to see the beautiful city we are living in. On the way back from a Haroubour scenic, followed by low-level (500′) coastal flight we went to see Warragamba dam. 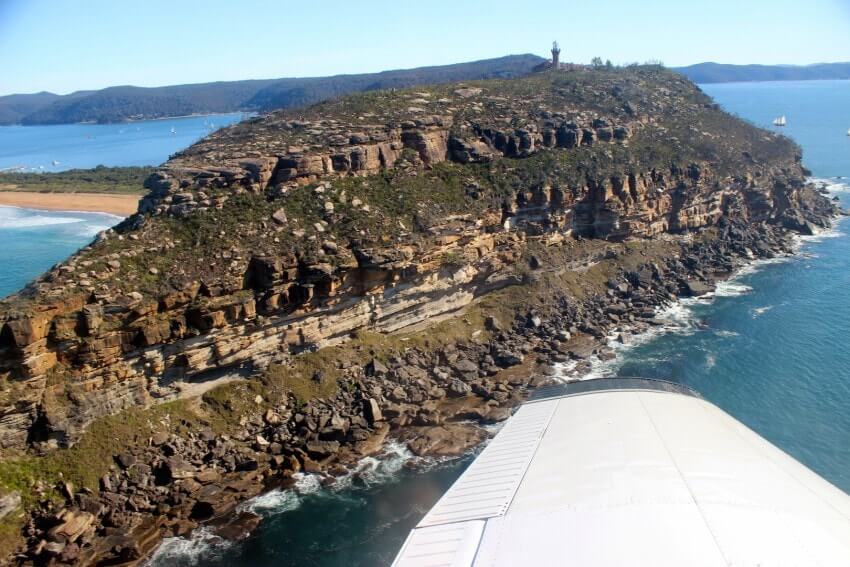 We had a great time and we started tracking for TWRN (2RN), the Radio National AM antena, which is one of the two inbound reporting points for Bankstown. I remembered that 2 weeks before I started my first lesson 9 years ago, there was a fatal accident at that reporting point. Two GA aircraft collided due to loss of separation. One maded back to the airport and the other crashed.

For that reason, I always ask my passengers to do a thorrow lookout and ensure there is no other plane. I also make sure that I cover the horizon 3-4 times before making the inbound call.

Once I remember approaching 2RN and seeing what seemed as two aircraft circling around TWRN on a left orbit climbing. I thought to myself what idiot will do that near the inbound point!?! Getting closer, I realised that it was two pelicans. Of course I reported to the tower, as the ERSA requires reporting of birds in the vicinity of the airport.

This time there was no traffic, no birds, blue skyes, everything was great. Abeam the radio mast I reported “Bankstown tower, ZFX – Cherokee, Two R. N. one thousand five hundred, inbound with CHARLEY”. Tower gave me joining instructions to runway 11L and to report Warwick Farm. Pretty standard things. Of course I had to commence my descend to 1000′ and setup for the landing. BUMFISH checklist completed, 300’/minut descend, 1200′ altitude. All good.

I look out and I see this strange black spread of “bullets” coming down from 12 o’clock high. It looked like a cone of bullets coming from above us. The next second (litterally) the whole aircraft is sarounded with these black bullets. My reaction? I just said the “S#!t” word… and then I asked if anyone else saw that. All 3 pax reported seeing it on either side of the aircraft.

Now, Australia is a very safe place. Being shot at, especially while flying and especially from above is unheard of. Also the black items were moving slower than bullets. Then it all made sense. There was a flock of birds. When they hear an aircraft engine, usually get fightened and their first reaction is to dive (avoid predetors). What must have happened was that during the dive, they saw me and the broke formation to avoid me. The strange thing is that some fell from the front where others left, right and behind.

Although this was not the first near miss I had with birds, it cougth me by surprise. Why? Because I was already in controlled airspace (class D), I passed the dangerous point, and I was feeling more relaxed about visaul separation. Unfortunatelly birds don’t follow the proper departure procedures at Bankstown.

What would have happened if one or more hit us? Well, if I was lucky to not get physically hurt by the impact and the aircraft was still flying, then I would use the procedure I learned in my previous 2 yearly review. My instructor was taught by WWII pilots, and his instructor was the one that survived the crash 9 years ago.

An important thing to note is that the stall speed may increased depending on the damage on the aircraft.

The remaining flight and landing were un-eventful and everybody, except me, forgot that we crossed path with very agile birds. 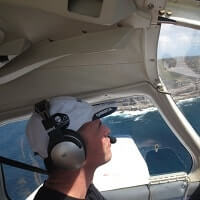 When I was a kid I wanted to be an astronaut. My first computer game was a flight sim, and after 22 years of sims, I finally got the time and money to get my PPL in Sydney Australia. My day job is software engineering. I love flying friends and colleagues around Sydney