Helicopters are amazing machines. They have the ability to fly in any direction, land on water and even hover in one spot. The flexibility they offer is unmatched by any other type of aircraft, even though they are often more expensive than fixed-wing aircraft.

Helicopters have been around for a long time. Leonardo da Vinci drew sketches of helicopters as early as 1483, and the first successful and practical helicopter flight was made by the Frenchman Paul Cornu in 1907. 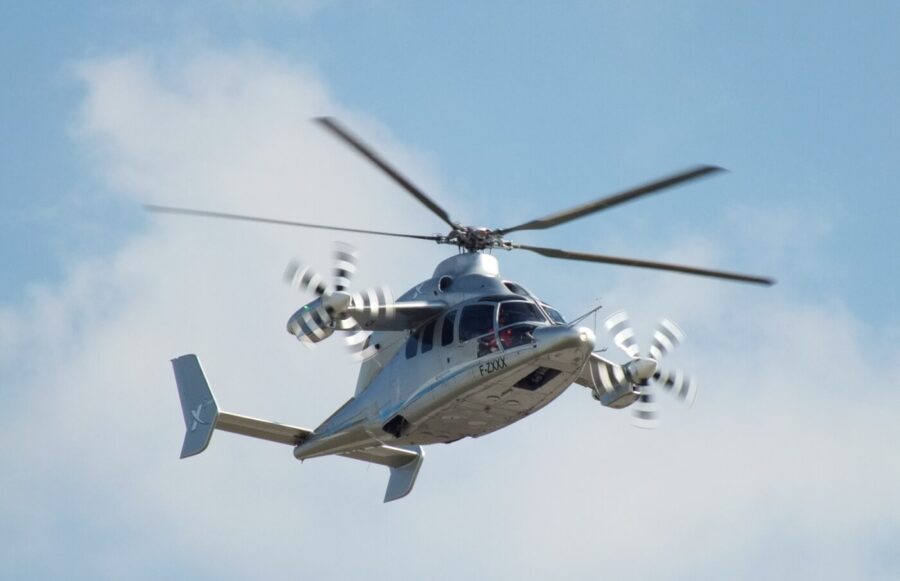 Tip: Read more about the history of helicopters here!

The speed of a helicopter is one of the most interesting aspects of helicopters.

Helicopters can fly at speeds as low as 0 knots and as high as 250 knots. They can also hover in place or move forward, backward, sideways or even diagonally.

In order to better understand what determines the speed of a helicopter, let’s first touch on the subject of how a helicopter flies.

How Does a Helicopter Fly?

For a helicopter to fly, it must counteract the force of gravity that is pulling it down toward earth using lift. Lift is produced by using the downward flow of air to generate a force perpendicular to the direction of travel. This is what allows helicopters to hover in one place or move straight up and down.

To lift the helicopter off the ground and keep it there requires that it also thrusts forward at the same time, as this creates an equal and opposite reaction that pushes the helicopter up.

The thrust of a helicopter is created by one or more engines, which use rotating blades to push air over them. The force generated by this action then moves the blade around in a circular motion and generates lift for the helicopter.

However, if it only moved in one direction, all helicopters would fly straight up and down, so a mechanism is added to control the direction of travel. By mechanically tilting the engine’s rotor blades in different directions, the helicopter can move forward, backward, left or right. 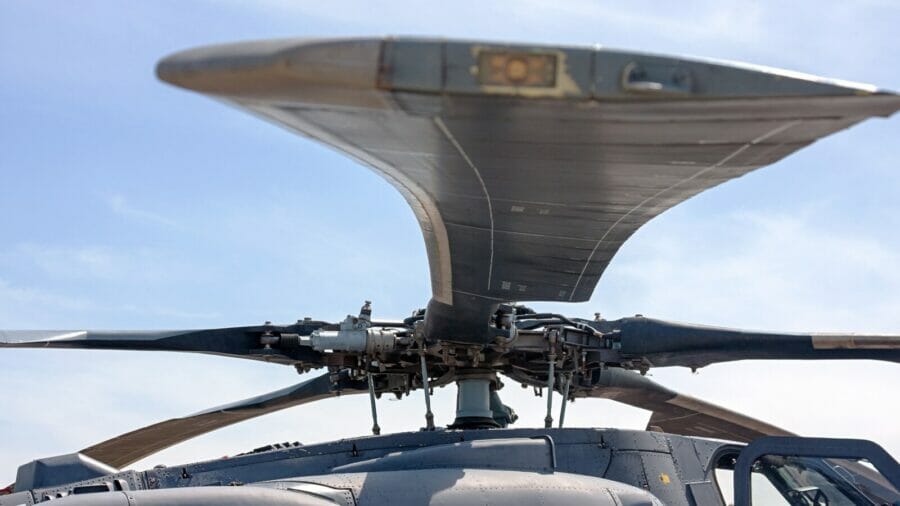 Although helicopters are generally not considered fast (compared to fixed-wing aircraft), they can travel at surprising speeds for their size and weight.

The maximum forward speed of a helicopter is limited by the amount of thrust that can be generated by its engines, the weight of the helicopter, its aerodynamic characteristics and the amount of drag it produces.

The speed at which a helicopter travels is usually proportional to the size of its rotor blades, as larger blades provide significantly more lift and thrust than smaller ones. In addition, helicopters with longer fuselages tend to offer greater stability in flight.

So how fast do helicopters fly? The actual speed varies depending on the type of helicopter being referenced, but it’s safe to say that typically the average speed of a helicopter sits somewhere around 150 knots. However, more powerful helicopters have been built that can move much faster than this.

With a recorded maximum speed of 260 knots (299 mph, 481 km/h), the Sikorsky X2 is the fastest helicopter in the world. The helicopter first set the unofficial record in 2010 when a demonstrator model reached 287 mph but since production has achieved faster speeds, up to an astonishing 260 knots (299 mph).

On a close second place sits the Eurocopter X3, with a recorded maximum speed of 255 knots (293 mph). The experimental high-speed helicopter was designed by Airbus Helicopters (former Eurocopter) and powered by 2 Rolls-Royce Turbomeca RTM322-01/9a turboshaft engines, generating 1,693 kW (2,270 hp) of power each.

As you may have noticed, both these helicopters reach their incredible top speed with the help of additional push or pull propellers, such as ones found on fixed-wing aircraft, to increase their speed dramatically. Therefore, it’s rather difficult and unfair to compare them to regular helicopters, which don’t use these additional propellers.

The Fastest Helicopters in the World

As you’ll see, many of the helicopters listed below are military helicopters. Just like with any other type of aircraft, military-oriented aircraft usually have a much greater speed than any civilian type.

To be honest, we weren’t quite sure whether we should include the Osprey here at all, as it technically isn’t really a helicopter (all the time). The V-22 is an incredible piece of engineering, which uses tiltrotors to transform itself from helicopter to fixed-wing aircraft, and back.

As an aircraft, the Osprey cruises at a speed of 300 knots and more, with a maximum recorded speed in ‘helicopter mode’ of about 275 knots. The type is mostly used by the US Air Military. 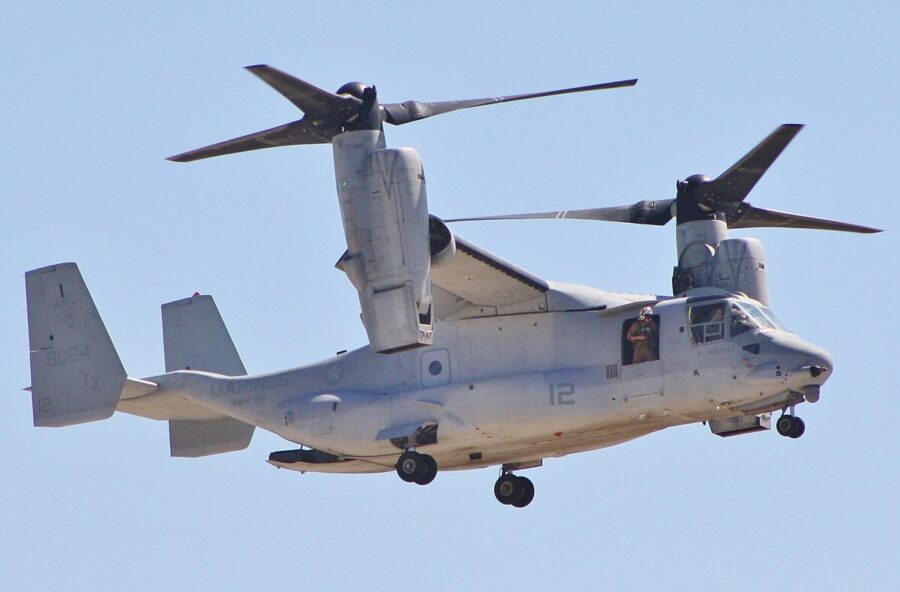 As already mentioned above, the Sikorsky X2 holds the record for fastest helicopter in the world, with a recorded top speed of 260 knots (299 mph, 481 km/h).

Quite incredible when you realize the company that made the first practical helicopter now also designed and built the world’s fastest helicopter!

Sikorsky used a coaxial (double) rotor as well as one propeller at the back of the fuselage to reduce drag and increase speed.

With the X3, Eurocopter wanted to introduce a new generation of fast helicopters.

To achieve this, they reduced the rotor blade rotations per minute of the X3 by almost 15%, rather than speeding up to the number of rotations.

The new model also included 2 additional propellers on the sides of the fuselage, increasing the stability ánd speed of the X3.

Westland saw the Lynx as a helicopter to be used by both civilians and the military, so it included many military qualities when creating the aircraft- including speed.

The Westland Lynx had previously held the world record for being the fastest helicopter in the world for 46 years before being surpassed by other helicopters on this list!

The Westland Lynx was used in the military for search and rescue. Thanks to its cruise speed of speed 175 knots (201 mph, 324 km/h), it held the records for fastest helicopters for about 46 years, before being surpassed by other helicopters on this list! 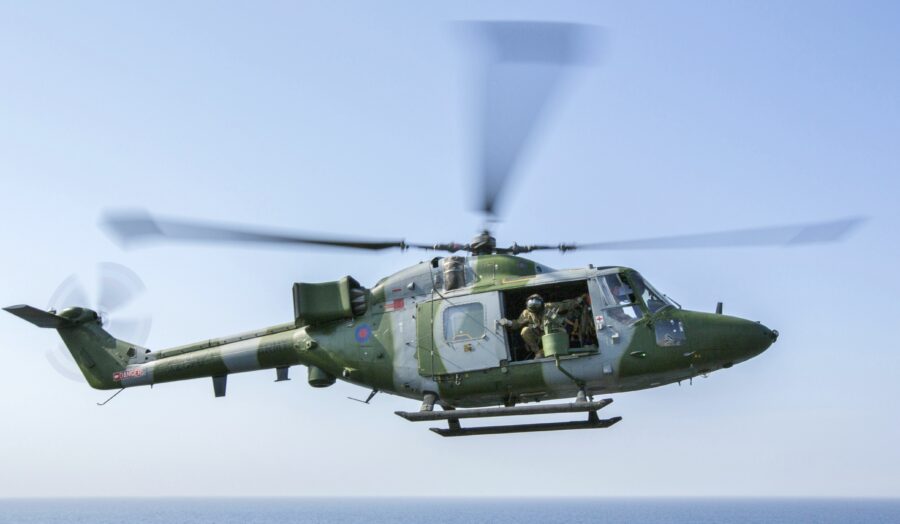 Popular Helicopters and Their Maximum Speed

Besides the helicopters listed above, there are many other popular civilian choppers that can travel at high speeds. But when looking at how fast do they actually go and comparing them to the above-mentioned helicopters, you’ll see that their maximum speed is quite a bit lower compared to the top 4 helicopters on this list. 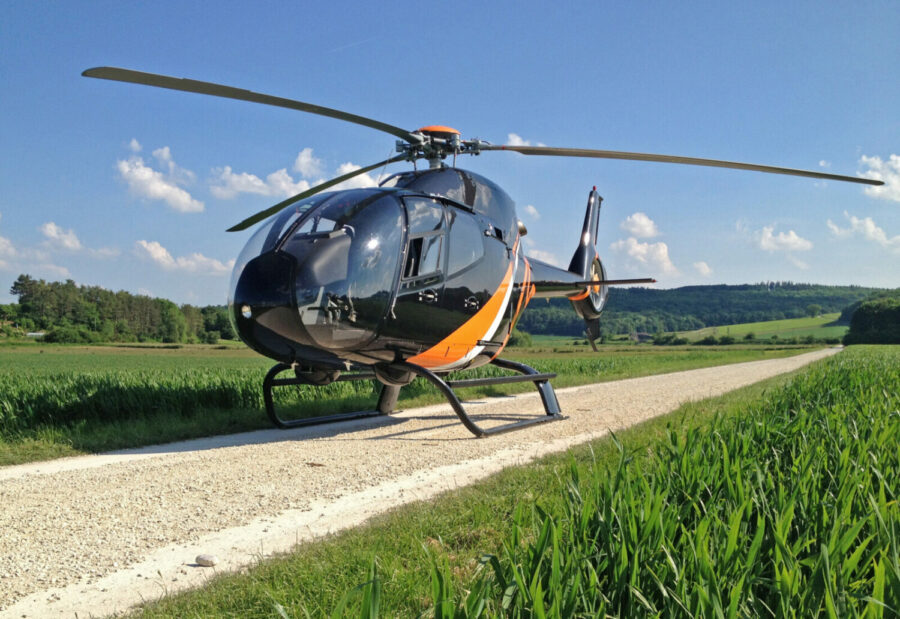 Helicopters are incredible machines. They are now used to fight fires, deliver aid during disasters, transport people (including presidents), and take tourists on scenic flights over landmarks or natural wonders like Niagara Falls or Yosemite National Park. Helicopter pilots must undergo intensive training before they’re allowed to fly their aircraft, but once they’re certified, the world is their playground!

The next time you hear a helicopter flying overhead, take a moment to watch it. From your point of view, it may look like they aren’t moving very fast, but remember that helicopters can often fly faster than lots of other types of (small) aircraft.

Helicopters are impressive works of engineering that deserve our admiration and respect!