Flying is an essential part of our lives affecting how we conduct business, organize family trips, and plan our vacations. We rely on airplanes as the primary mode of air transport, and the demand for commercial air transport is rising to historical highs after a slight dip caused by the COVID 19 global pandemic.

Airplanes, just like all machines, run on petroleum-derived fuels and synthetic fuels. We know that jumbo jets and other passenger and light aircraft do not roll into your local gas station to fill their tanks with unleaded super. 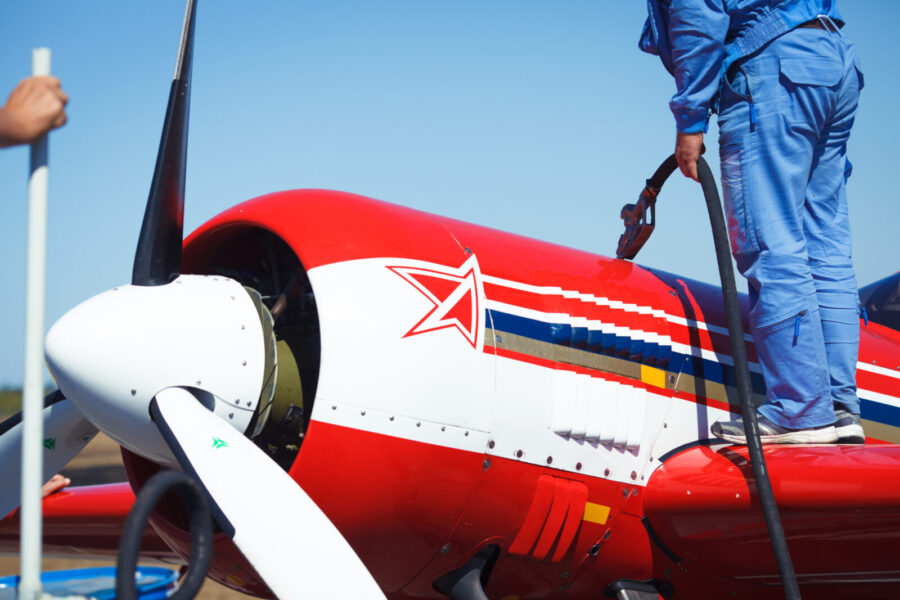 Readers should know a plane’s fuel type is determined by the sort of engine it has and not by the airplane size. Single and twin-piston engine aircraft use Aviation Fuel AVGAS, while turboprops, commercial airliners, and most military aircraft use kerosene-based Jet Fuels.

This post answers all your questions concerning the two basic airplane fuel types, their distinctions, and sustainable airplane fuels, promising hope for a greener future.

What Type of Fuel do Airplanes Use?

Airplanes use two types of fuel depending on their engine. These include Jet Fuel, a kerosene-based fuel grade, and Aviation Fuel (AVGAS), similar to vehicle gasoline.

Individuals who own private jets or their lesser turboprop cousins pay for Jet Fuel at the gas pump. While ordinary folks who could only afford piston-engine airplanes usually roll out AVGAS drums at fuelling time. Other alternative fuel types like the military-grade JP-4, equal kerosene and gasoline blend exist but are not as widespread as the first two.

Jet Fuel is a non-volatile, compression fuel powering aircraft jet turbines and turboprop engines. It is easily distinguishable by its clear color and distinct diesel-like smell. Jet Fuel is available in over ten different grades formulated for general aviation and military aircraft, with Jet-A and Jet-A1 being the most common. 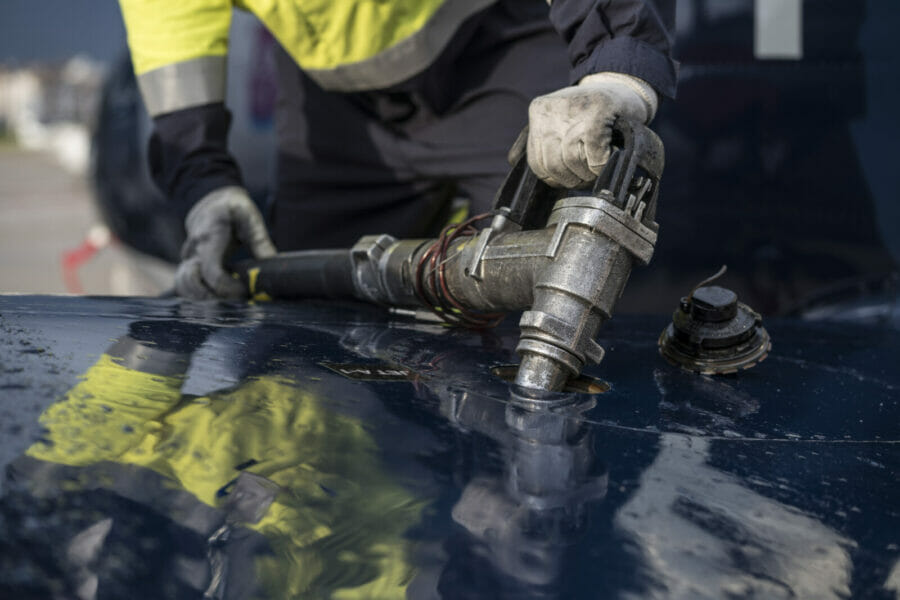 The different grades of Jet Fuel include 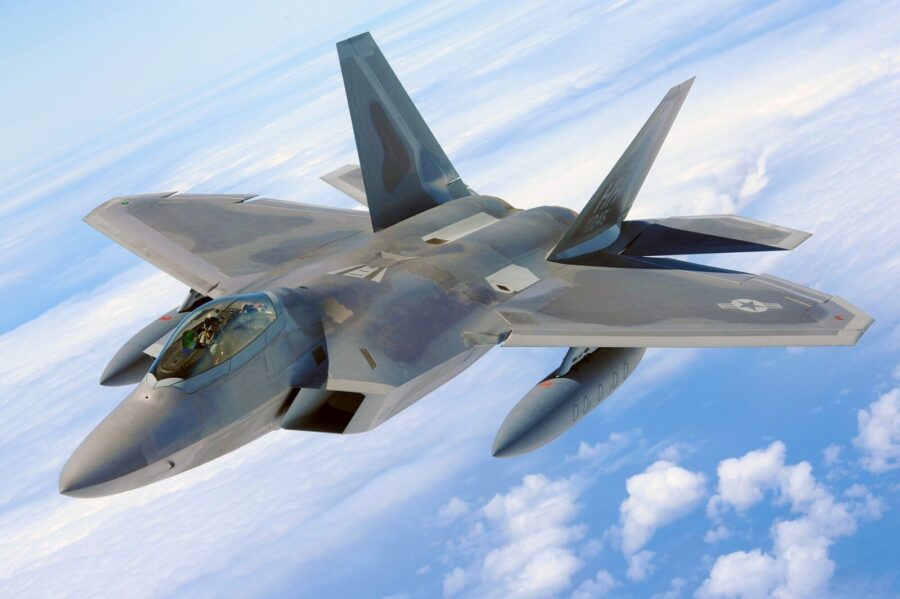 Looking up airline ticket prices in the past few months can induce a heart attack for most people. But exactly how much does jet fuel cost today?

Aviation Gas (AVGAS) is the second most common airplane fuel type globally, with the 100LL (One Hundred Low Lead) being the most widespread AVGAS grade. AVGAS is blue with a similar chemical compound to vehicle gasoline because it is formulated for piston-engine aircraft. However, using AVGAS in a conventional automobile engine will damage vital engine components (e.g., catalytic converter) because it is a high octane fuel type containing 0.56gm of TetraEthyl Lead per liter (thrice the amount of lead found in vehicle gasoline).

Are Biofuels the future?

There are several processes for extracting liquid airplane biofuel from solid biomass, and aircraft engines do not need modifications to run on SAFs. In 2008, a Virgin Atlantic Boeing 787 Dreamliner powered by a Jet Fuel and brassica carinata (an industrial mustard seed) derived biofuel mixture flew from the United States to Australia in what became aviation’s first biofuel commercial flight.

SAFs produce lower carbon emissions than fossil fuels while offering comparable efficiency levels. And they can be easily integrated into existing fuel architecture without the need to build a separate infrastructure. 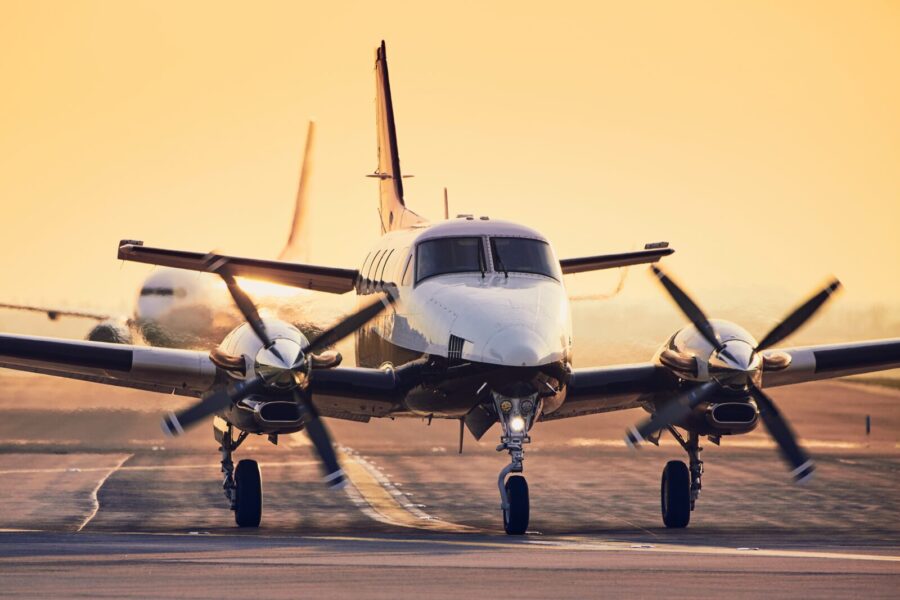 There are distinctive differences between Jet Fuel and AVGAS. Many of these differences are hidden, while a few are noticeable.

The table below describes the differences.

What is Added to Airplane Fuel?

Over two thousand chemical compounds are added to aviation fuels during production to improve their efficiency in airplanes. These include hydrocarbons like n-heptane and isooctane.

Adding additives to airplane fuels is a highly regulated process involving extensive testing and evaluation before an additive is certified for use. While additives are standard in AVGAS, the use of additives in Jet Fuel is determined if the fuel is civil or military-grade. 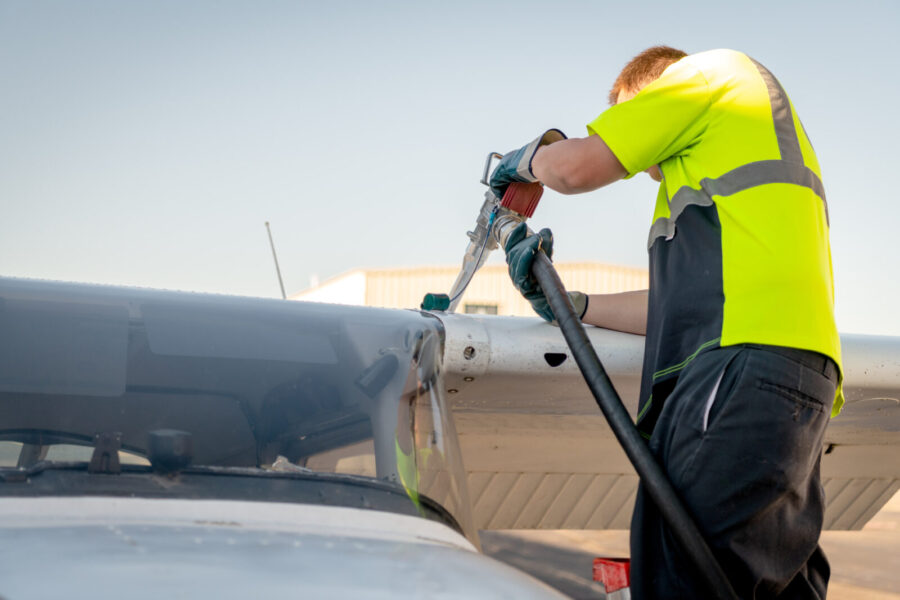 How Much Fuel Does an Airplane Consume?

Everyone knows airplanes consume more fuel than ordinary cars and trucks do. But to measure an airplane’s fuel consumption requires you to take into account its size, its flight distance, and its function. You may need to take a quick look at the size of an airplane fuel tank too. A small Piper Cub plane fueled from 57.8 gallons (218.7 liters) AVGAS drums will consume less fuel than a 747 Jumbo jet fueled by two 10,000 liter aviation trucks!

While it is evident that a Boeing 747 consumes more fuel than a Piper Cub airplane, the fact that a 747 can carry up to three hundred and fifty passengers and over a hundred thousand pounds (45,359 kg) extra weight nonstop from Los Angeles to Melbourne, Australia helps to put things in proper perspective. 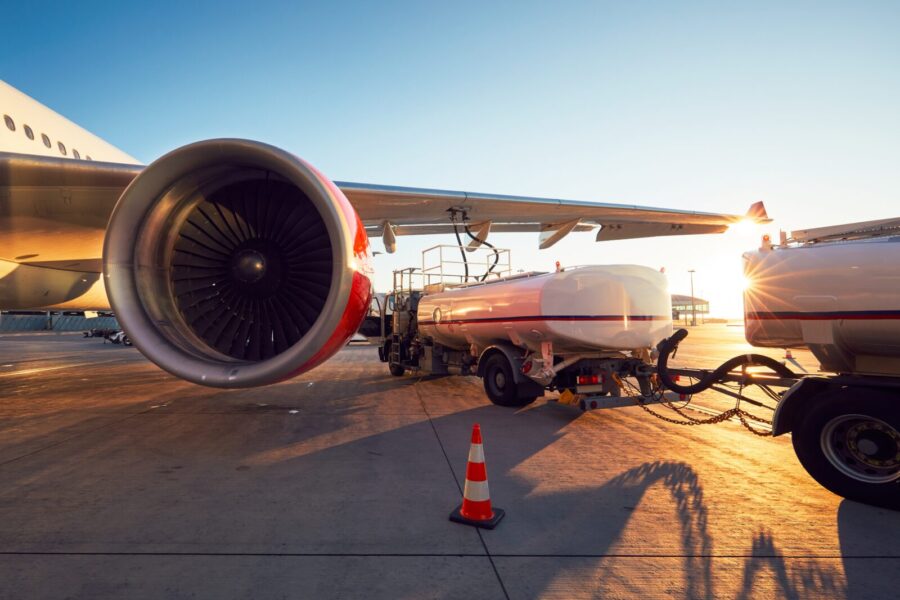 A plane’s range, number of engines, and efficiency, including its fuel type, are the most significant indicators of its fuel consumption. Below is a table illustrating the fuel consumption of airplanes with different engines and fuel types.

Can an Airplane Run on Diesel Fuel?

Jet planes could run on diesel fuel in theory since both Jet Fuel and diesel have similar chemical properties. But it wouldn’t work out so well in real life due to how current jet turbine engines are designed and the limitations of diesel fuel as an airplane fuel.

Here are a few reasons why airplanes can not run on diesel fuel. 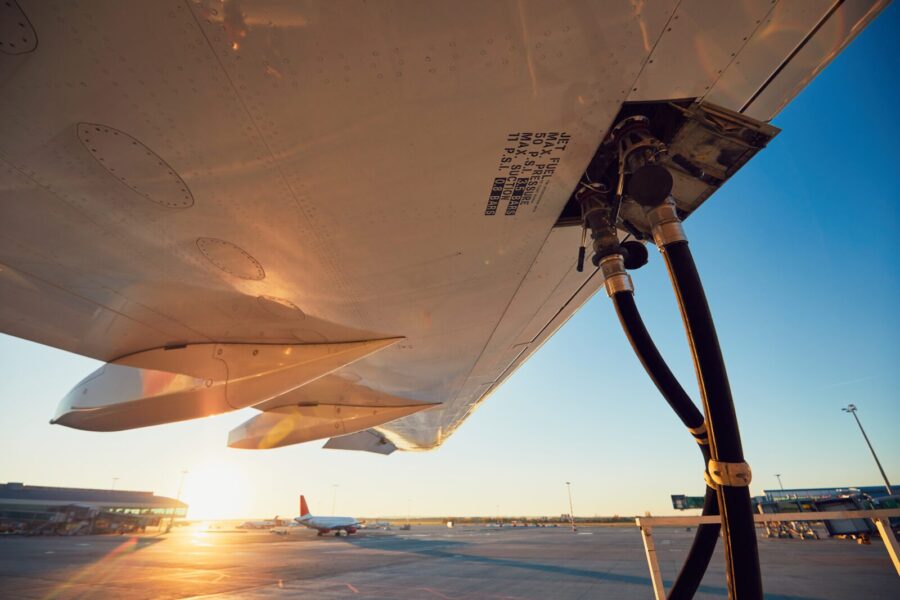 Where is an Airplane Fuel Tank Located?

I bet you never guessed, but airplane tanks are commonly located in the wing structure or fuselage. Some planes have fuel tanks installed in the rear, and large commercial airliners can have up to three fuel tanks in different sections of their airframe.

Wing and fuselage fuel tanks are called integral fuel tanks because they form a part of the airframe structure. They have a typical lifespan of around 30 years.

Airplanes can carry additional fuel in extra fuel tanks around the airframe. Some of these fuel tanks are external tanks.

How Much Fuel Can an Airplane Hold in Its Tanks?

Airplanes take a lot more fuel than cars and trucks do. But large commercial airliners can take on a staggering amount of fuel in their large tanks, as anyone who has seen a Boeing 747 refuel can attest.

We have learned that airplanes run on Jet Fuel, Aviation Gas, kerosene and gasoline blends, and biofuels. Jet Fuels have a higher flashpoint and a lower freezing point than AVGAS. Plus, it is cheaper with a higher burn rate. Large civil and military airplanes use Jet Fuel, while smaller general aviation planes run exclusively on AVGAS.

Biofuels may become the airplane fuel of the future due to fewer emissions and environmentally friendly production.