Landing an aircraft on a public road always makes the headlines. But in 1956, a guy from New York took it one step further.

Around 3 a.m. on September 30th, 1956, during a drunken argument in a New York City Bar, a man named Thomas Fitzpatrick claimed he could fly an airplane from New Jersey to New York in under 15 minutes.

To prove himself, Fitzpatrick left the bar, stole a single-engine Cessna 140 from the Teterboro School of Aeronautics in New Jersey at 3 a.m., flew without lights or radio completely intoxicated, and landed the plane on St. Nicholas Avenue in northern Manhattan, in front of the bar where he had been drinking. 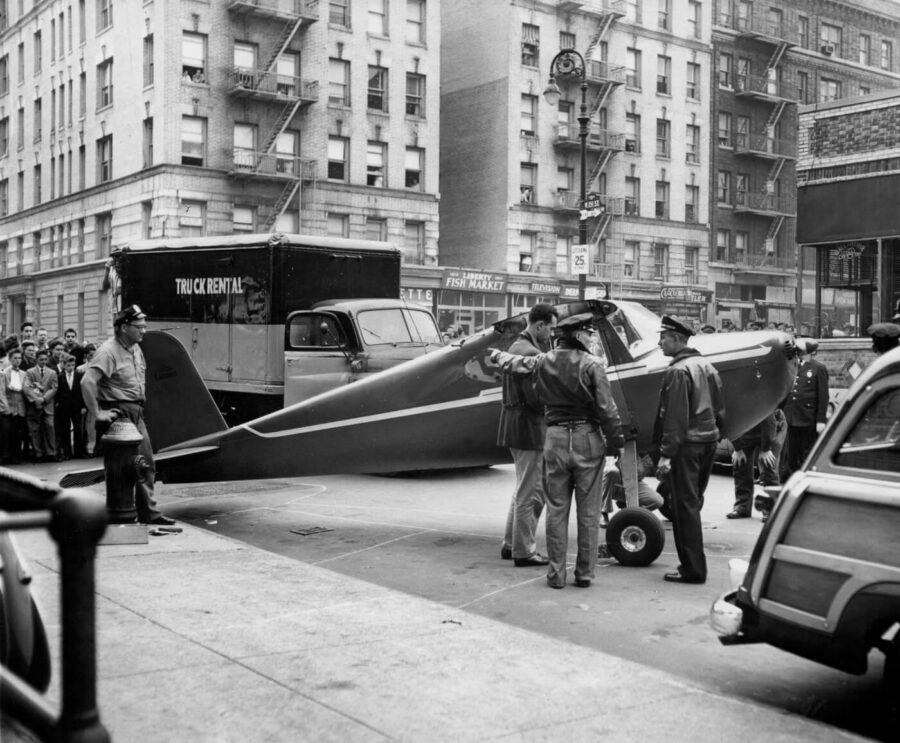 The owner of the plane was so impressed that he refused to press charges, and Fitzpatrick was only fined $1000 for his stunt.

The New York Times reported the landing as a “feat of aeronautics” and called it “a fine landing” in their publications.

Two years later, on October 4, 1958, Fitzpatrick got into another drunken argument in which another bar patron refused to believe his wild story… so he did it again. Just before 1 a.m., and again quite intoxicated, he landed on Amsterdam and 187th Street in front of a Yeshiva University building.

Various newspapers report that Mr. Fitzpatrick, wearing a gray suit, fled out of the plane as it landed and later turned himself into police. This time, he found himself in prison for 6 months. 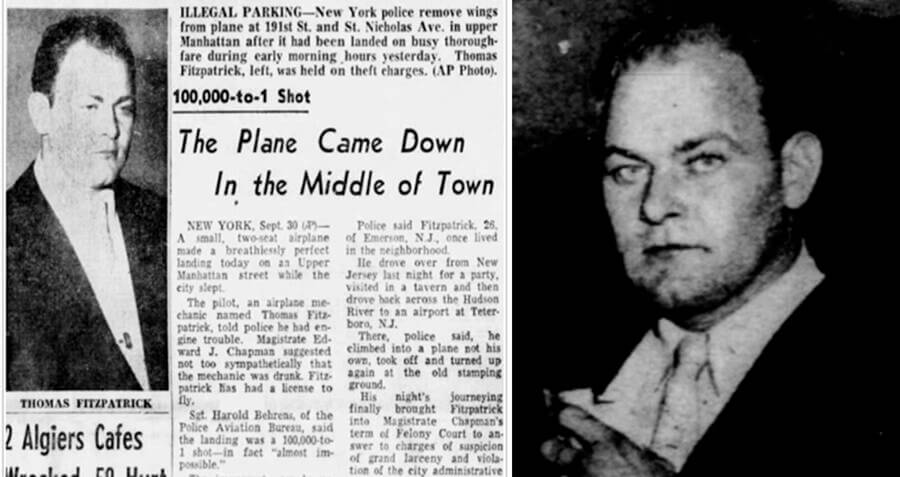 That first flight, per Mr. Fitzpatrick’s admission in articles from The New York Times, was the result of a barroom bet. He died in 2009 at age 79.

Jim Clarke, 68, who had lived near the first landing spot and recalls seeing the plane in the street recalls, “The story goes, he had made a bet with someone in the bar that he could be back in the Heights from New Jersey in 15 minutes.”

“Supposedly, he planned on landing at George Washington High School but it wasn’t lit up at night so he had to land on St. Nicholas instead.”

After the second flight, Mr. Fitzpatrick told police that he had a pilot’s license but it had been suspended after the first flight and he had never renewed it because “he did not want to fly again.” 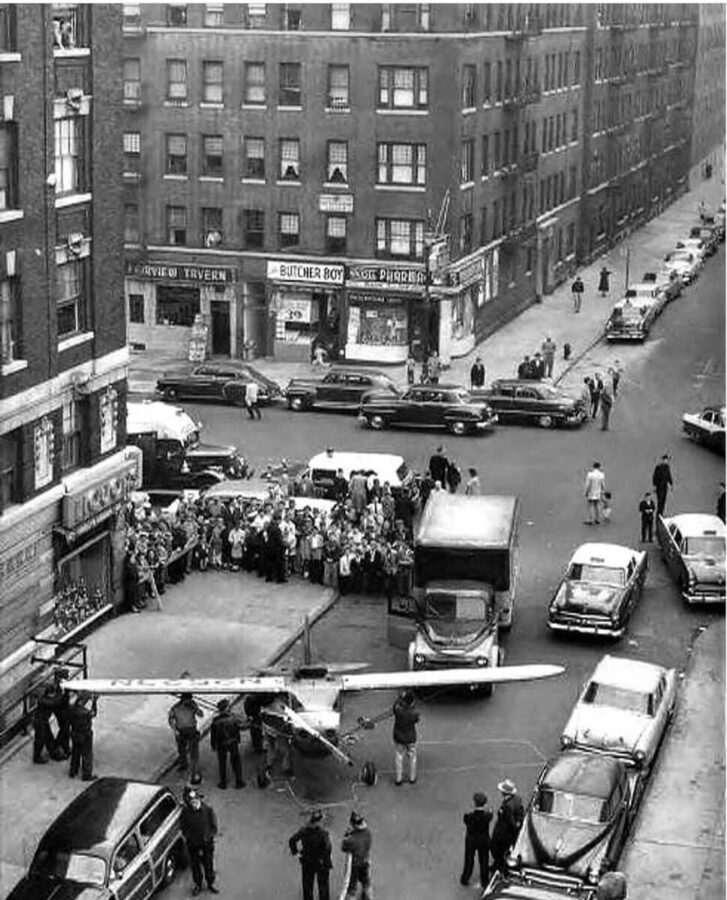 The original “Hold my beer story”!

It was also right around the same time a test pilot barrel-rolled a Boeing 707 prototype, and another guy few his Bonanza under the Eiffel Tower. Those definitely were the glory years of incredible aviation stories!

Iceland by Air – The South Coast in Autumn

Let’s start exploring Iceland by air! We are departing Keflavik Internation Airport in a DA-40 TDI aircraft, that...